The recent history of London is a fascinating one indeed, especially when you factor in how the progress of transportation has transformed the city into a bustling, seemingly endless metropolis. The designs that underlined these changes appeared to have been lost to the stains of time, but now, thanks to an exciting new gallery set to open this month, these designs have been exhumed and put on display thanks to the London Transport Museum. 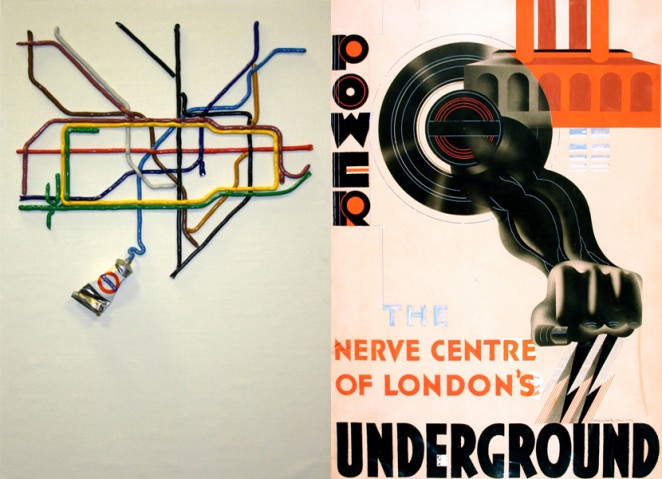 The new space is simply called “London by Design,” and is a unique gallery that will explore how London's transport has become one of the world's most enduring examples of successful brand identity and a world leader in transport design. The gallery will showcase never-before seen items linked to London's world-famous transport network and its iconic design heritage, revealing in the process, how the reciprocal interplay between the past and the present plays into city's design heritage. The gallery will explore everything from the poster designs of the 1900's through to the present day. From the establishment of the iconic red, blue and white ‘bullseye’ roundel signage, to the instantly recognisable London Underground map and the emergence of Tube stations as we know them today, the gallery will celebrate key moments and important milestones in London’s transport design history.

The museum-curated space, which has been designed by consultancy Norton Allison, will also show how British art and design have become inextricably linked with London’s transport network, as well as other major transport projects, and how this might continue in the future. You'll be able to discover the stories behind some of the early transport design pioneers, such as Frank Pick and Lord Ashfield, who were behind many of the early 20th century commissions. It was they, for example, who first commissioned the Johnston Typeface and the now iconic London Transport roundel. Other sections of the exhibition will include maps, vehicles and maquette fabric, designed environments and poster art, as well as an exploration of exciting future developments in the capital's transport system. 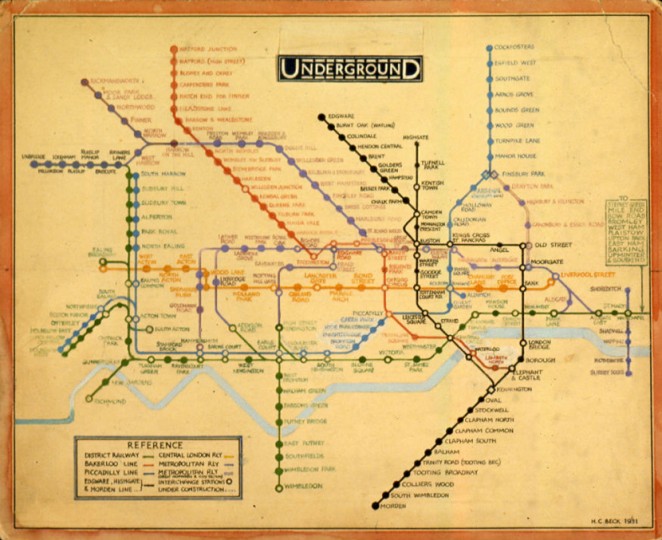 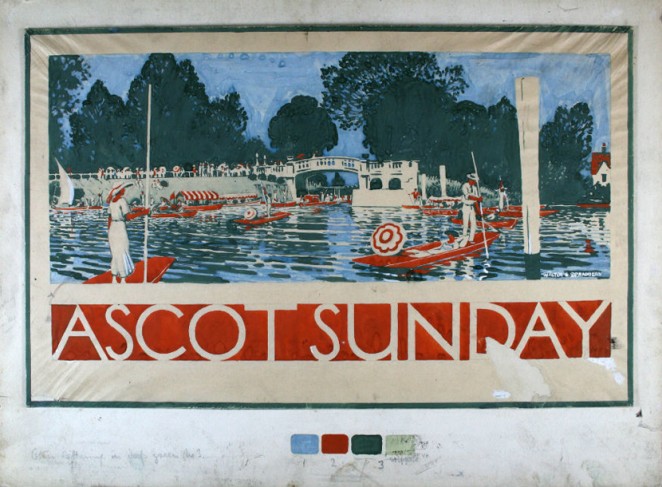 In related news, London Transport Museum has launched a pop-up retail store in South Kensington Tube station. The South Kensington store, located in 8 Station Arcade, will soon be followed by more at Piccadilly Circus and St James’ Park. Made in Place designed the interiors for the store, which has been designed as  a cost-effective and simple solution that will house a colourful, diverse and complex product range. A cash desk featuring a large magenta version of the London Underground roundel is one of many bespoke elements within the shop, which have been designed in a modular way so that they can outlive the pop-up space and be used again elsewhere. Bringing an element of modern glamour to proceedings, tablets are fixed to a mid-floor fixture so customers can browse the entire collection, which might not be available within the store.

London Transport Museum has launched a pop-up retail store designed by Made in Place, located in South Kensington Tube station

The store offers a range of exclusive fashion, home-ware and gifts, as well as the world famous moquette fabric patterns used on public transport seating. Gifts for children, stationery and souvenirs, as well as tickets to London Transport Museum are also be available. The shop also boasts an innovative printing kiosk offering a variety of print sizes and bespoke framing options. It's a collaborative venture with King & McGaw, the largest art website in Europe, and they have curated a collection of over 100 iconic prints from the Museum’s collection. This marks the first time the London Transport Museum has licensed a third party to produce original art work. Made in Place managing director Ken Wingate said of the concept: “With pop-up retail worth well over £2 billion to the UK economy, we’re experiencing increased demand from our clients to produce pop-up stores that echo the same brand message, personality and values as their larger high-street stores. For us, this project was about capturing the fun side of the London Transport Museum brand and presenting it as a pop-up with a powerful impact.”

London By Design opens at the London Transport Museum this Friday (November 6). Tickets are £16 for adults with concessions for £13.50; and children under 18 go free. Adult tickets allow unlimited daytime visits to the museum galleries and temporary exhibitions. The pop-up retail store is currently open daily between 10am and 7pm at South Kensington tube station. 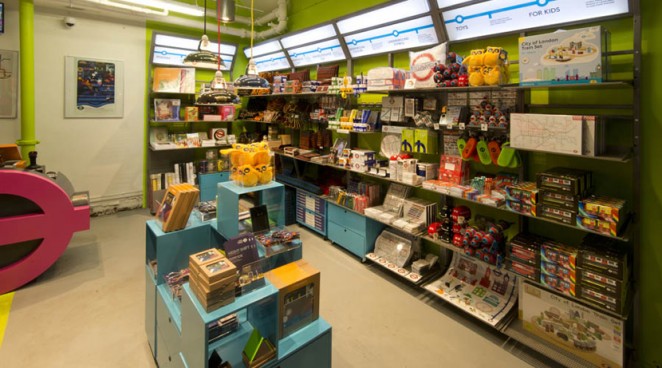