British lighting and furniture designer extraordinaire Tom Dixon has been one of the major talking points of the London Design Festival this week with his one-of-a-kind pop-up department store. The “Multiplex” is said by Dixon himself to be the “Immersive, multi-sensory department store of tomorrow,” and is all about blurring boundaries. Built inside the Old Selfridges Hotel in London, the temporary store/design experiment hosts fashion, fragrance, technology, furniture, accessories, beauty and food from a collection of more than 30 international brands and designers, and has been created as a brick-and-mortar riposte to what Dixon sees as the soulless world of online retailers. 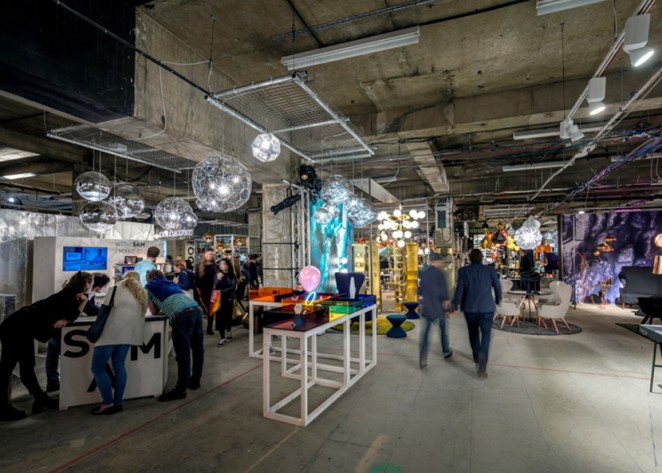 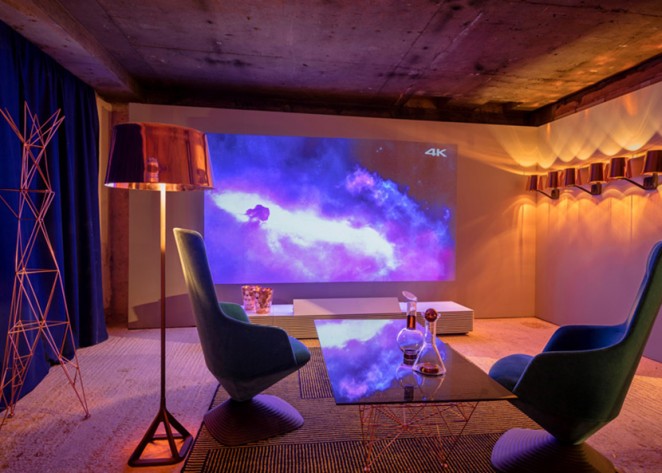 Mindblower, a crowd-sourcing site for patents, also has a physical presence at the store. It pays designers a royalty and pre-sells their products with early adopters getting a 25% discount. A key product on display is Easyliner, an ingenious eyeliner stencil. Former Vogue creative director Robin Derrick has also brought in a mini Spring Studios where brands can shoot their new products for immediate upload and where Wallpaper magazine will shoot its 200th anniversary issue during the event’s run. It will also be open for business for model castings. Food at the store is supplied by Deliveroo, a “Take-in” restaurant space that delivers food from 50 eateries within a 20-minute radius of the store. 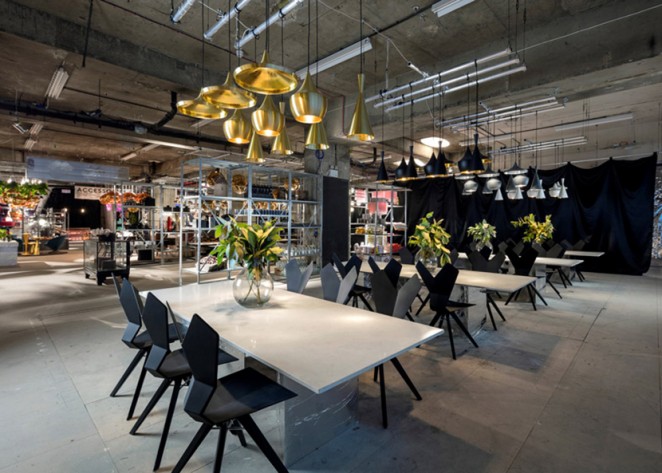 Dixon said of his latest creation: “I’ve learned from designing places like Shoreditch House how people want their work to be as interesting and as fun as shopping, and want their shopping to be as amazing and as comfortable as being at home, so it’s really about blurring the boundaries. I wanted to see what happens if you take the raw energy that exists in London elsewhere and stick it right bang in the middle of one of the biggest department stores in the world. What happens if you stick the people that are normally ghettoised in smaller design shops or less rich environments all together, and give them a platform to speak?”

The “Multiplex” is said by Dixon himself to be the “Immersive, multi-sensory department store of tomorrow” 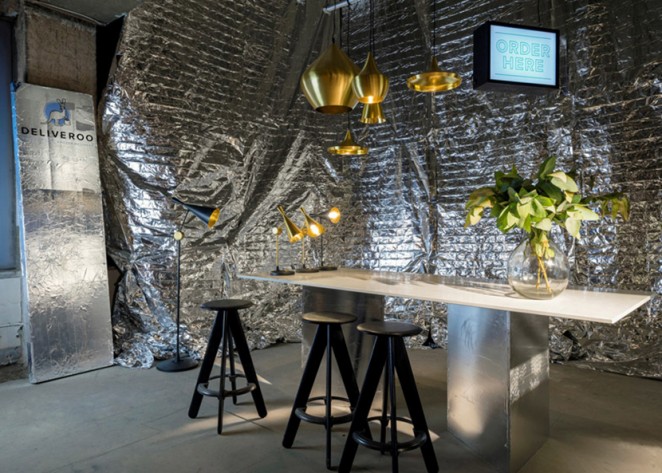 He describes the design of the store, with its exposed frameworks and silver foil cladding, as “Seventies adventure playground meets international space station.” It’s easy to see what he means. The concrete interiors have been draped in folded silver foil hangings, which according to Dixon take their inspiration from the toilet in Andy Warhol's infamous New York studio, known as the Factory. He admits that he’s been pestering Selfridges for two years for an opportunity to do something with the space, which inhabits the disused 20,000-square-foot space attached to Selfridges' flagship Oxford Street store. The space was previously used by HTC as a makeshift skate park.

Of the way everything exists in one space, instead of being separated like In a conventional department store, Dixon adds: “I don't think people live in departments like you do in proper department stores, where toys are on one level and beauty is on a whole floor right at the bottom. You do your makeup in the kitchen, or your work on the dining table. People don't live in the way stores separate things.” 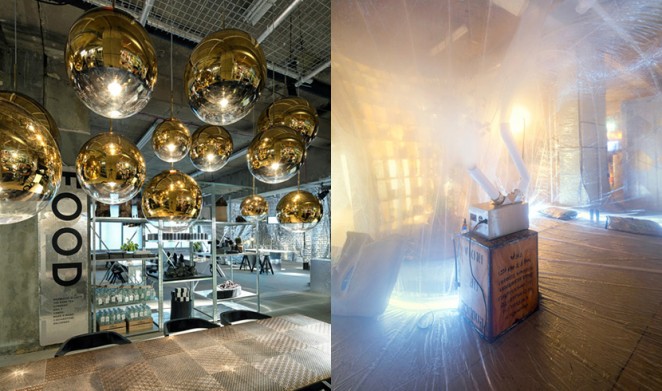 It's not the first luxury department store collaboration for Dixon, who partnered with Selfridges rivals Harrods last year to lend his name to a sandwich café, but it’s certainly the most ambitious, so if you’re down in the capital this week for the festival, we urge you to check it out. For those of you who can’t make it this week however, Multiplex will remain open until 15 October 2015, long after the London Design Festival has wrapped up this coming Sunday (September 27).