It was confirmed yesterday that McCann Worldgroup have poached WPP's Jean-Michel Wu as chief talent officer. The move, effective from the 20th of October, will see Wu moving from his base in Shanghai to Singapore, where he'll be responsible for scouting talent and building the network's talent-based capabilities across the network. He'll work closely with the global management team at McCann, which is headed by Joe Kelly in New York and Charles Cadell in Singapore.

The move, effective from the 20th of October, will see Wu moving from his base in Shanghai to Singapore

Cadell, who is president of the Asia Pacific region for McCann Worldgroup, said the success of the group is “Driven by the quality of the people” who choose to work there and stay there. He feels that Asia especially, “Finding and nurturing the best talent is critical,” and is adamant that Wu is “The best there is” at rooting out and nurturing fresh talent. He said that Wu agreeing to join the group is yet another boost to “The ongoing McCann success story in the region." One notable recent success story (besides this one, of course) for McCann in the area arrived just a couple of weeks ago, when they won back creative duties for Coke in China, claiming the business back from Leo Burnett. 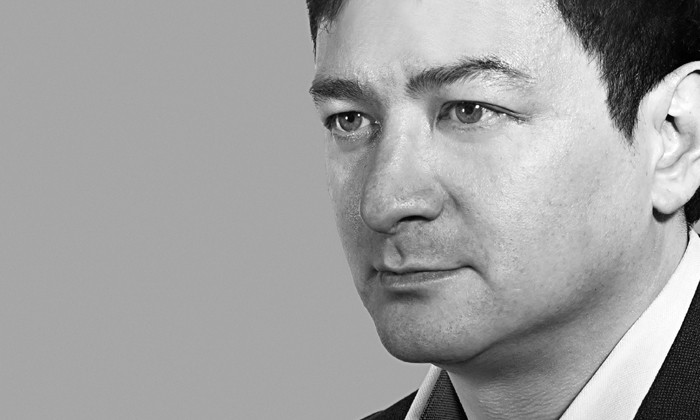 Wu has been working as regional talent director at WPP for five years. Previously, he had worked at Ogilvy & Mather, where he held various senior talent roles, a company he joined in 2004, meaning he'd been working within the group for a full decade. Of his appointment, Wu said that he found his 10 years at WPP to be “An incredibly learning journey,” but he now looks forward “To pursuing a career within McCann Worldgroup,” where he feels he can “Be closer operationally,” whilst also broadening the scope of his work, “Adding valuable impact on the overall business of the clients and the network.” He is particularly pleased to be joining the group “During a period of explosive growth,” and is “Excited to be a part of” McCann's bright future.

Of his appointment, Wu said that he found his 10 years at WPP to be “An incredibly learning journey,” but he now looks forward “To pursuing a career within McCann Worldgroup.”

To replace Wu at WPP, the holding company gave the newly vacant talent director role to Randy Duax, former vice president of executive recruitment in New York. From the 1st of October, Duax will be responsible for senior talent acquisition and talent management across the region, bringing his strong experience in senior-level hires to the role. Duax has risen quickly through the ranks at WPP, having only joined the group in 2012 after eight years at the Howard-Sloan-Koller Group. Duax said that “As a faster-growing region, Asia is seeing increased demand for new talent and skill sets, driven by a rapidly evolving marketplace and the need to provide greater value to clients,” and he looks forward to “The opportunity to help build upon the amazing work that our teams have been doing in Asia.” WPP's global recruitment director, said he believed Duax's experience “will be of enormous value to the future” of the company's business in the Asia region and thanked Wu for his 10 years of service at WPP, wishing him well “In all his future endeavours.”