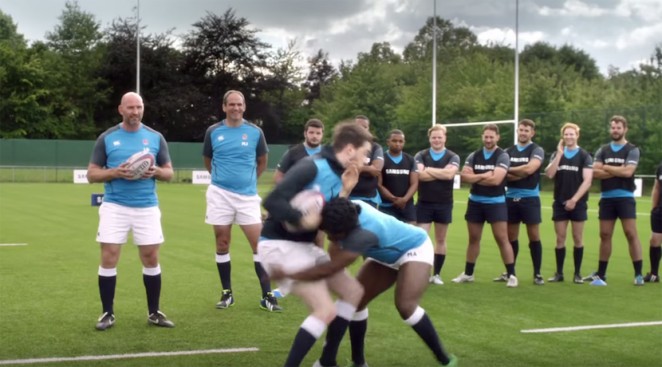 Jack Whitehall, the famously (and self deprecatingly) posh stand up comedian and star of the BBC Three sitcom “Bad Education” (now a major motion picture) has teamed up with BBH London and Samsung UK for a new campaign that takes advantage of the South Korean tech company's role as the official partner of the Rugby Football Union, and pushes the brand's new multi-platform initiative; the Samsung School of Rugby. The campaign features Whitehall being taken back to school (rather apt considering his role as a teacher on the aforementioned series) by a veritable who's who of England rugby legends such as Jason Leonard, Maggie Alphonsi, Lawrence Dallaglio, Martin Johnson and Jason Robinson. The stars talk the noticeably nervous comedian through some of the key elements of the game, before putting him through his paces.

The tone of each 60 second spot (there are 6 in all) is obviously light, but Whitehall's likeable presence keeps it from lapsing into patronising farce, and the comedian also had a hand in scripting the spots, which really comes through and will be obvious to anyone who has ever seen him at work live or on a TV panel show. Additional content has also been shot in 360 degree virtual reality (for those few of us with access to the equipment) that provides a completely immersive rugby experience with fans able to experience a lesson up close with Jack.

The campaign, from BBH Sport, the agency's sports marketing division, will be rolled out through a multi-discipline programme which includes TV, Print, In-store, Digital and Social. The TVCs will debut on Sky Sports with three spots during the England vs Ireland QBE International match as well as simultaneously at Twickenham Stadium for fans attending the game. This will be followed by an eight week TV campaign. Highlights of the campaign includes content featuring England Rugby stars and Samsung ambassadors George Ford, Jonathan Joseph and Joe Launchbury explaining some of rugby’s more intricate terminology in 6 second “Tutorials with a twist,” as well as super slow motion films of key aspects of the players game will be shown across Samsung’s social platforms through September and October.

The humorous campaign will be rolled out through a multi-discipline programme which includes TV, Print, In-store, Digital and Social

Samsung has also built an online hub to support the campaign which will feature information on rugby rules, unique insight into the world of rugby from Samsung’s rugby legends and rugby trivia. Going live tomorrow (8 September), the hub will be the destination for all School of Rugby content as well as providing the latest news on Samsung’s ambassadors George Ford, Jonathan Joseph and Joe Launchbury.

Commenting on the campaign, Jack Whitehall said: “Rugby is a fascinating and sometimes utterly baffling sport and the Samsung School of Rugby offers a light hearted look at the game to really get people excited about rugby. I had to sacrifice my health and well-being as I battled it out against the likes of Lawrence Dallaglio and Jason Robinson but think the end results are worth it. Though I doubt Martin Johnson will want to ever see me again.” Johnson, a former England Captain and CBE, added: “The Samsung School of Rugby is a campaign I am proud to be involved with as by combining humour and technology it opens up the game to a wider audience. The role technology plays in sport has evolved hugely with fans now having the chance to interact with the game in new ways. I believe this campaign is a perfect example of this new way of interacting.”

Russell Taylor, Chief Marketing Officer, Samsung Electronics UK & Ireland, said: “The Samsung School of Rugby campaign is a key campaign for Samsung as it sees us taking our work with the RFU to the next level. At Samsung we believe technology can bring fans closer to their passions and we think this campaign does just that. A completely integrated piece it allows us to deliver exciting content that will get people talking and thinking about rugby in a different way.” 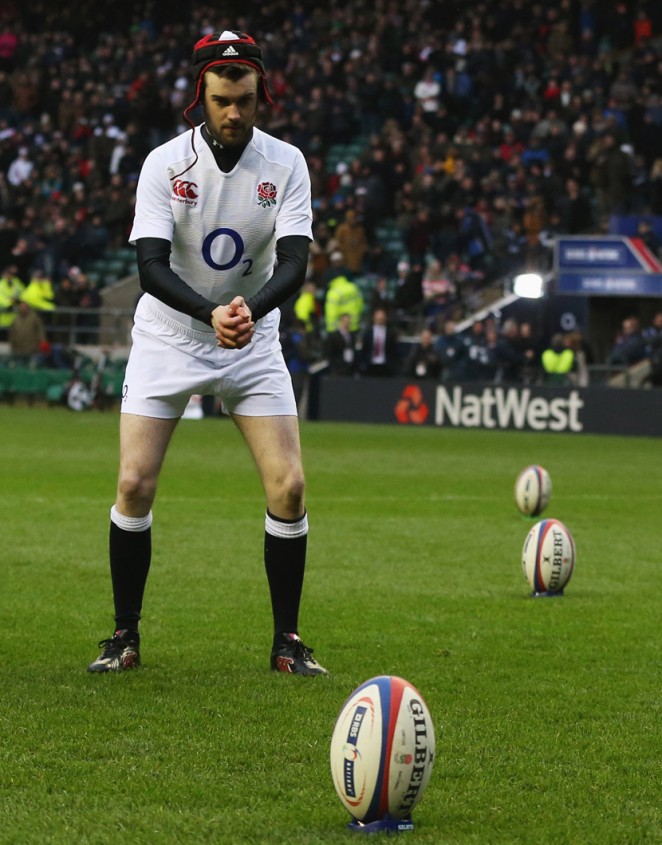