In a Campaign created by J. Walter Thompson London, 25 leading international artists, including Simon Starling, Sir Antony Gormley, Grayson Perry, Cornelia Parker, Jenny Saville, David Shrigley and Douglas Gordon have used materials retrieved from the fire that tore through the Mackintosh Building of The Glasgow School of Art (GSA) in May 2014, to create original works of art to help raise money for restoration of the building and its celebrated Mackintosh Library. Each one of the diverse and distinctive pieces, covering a range of practices including Sculpture, Photography, Drawing and Painting has been created using remains from the fire, from charred timbers and debris to books and furniture. Called “Ash to Art” and created in collaboration with The Glasgow School of Art Development Trust, the new art works will be displayed at Christie’s in London King Street in a special exhibition between 3rd and 7th March 2017, then auctioned during the Post-War and Contemporary Art Day Sale on 8th March 2017. The proceeds will be donated to The Mackintosh Campus Appeal. So they are literally using the remains of the old building to create the new building. Genius. 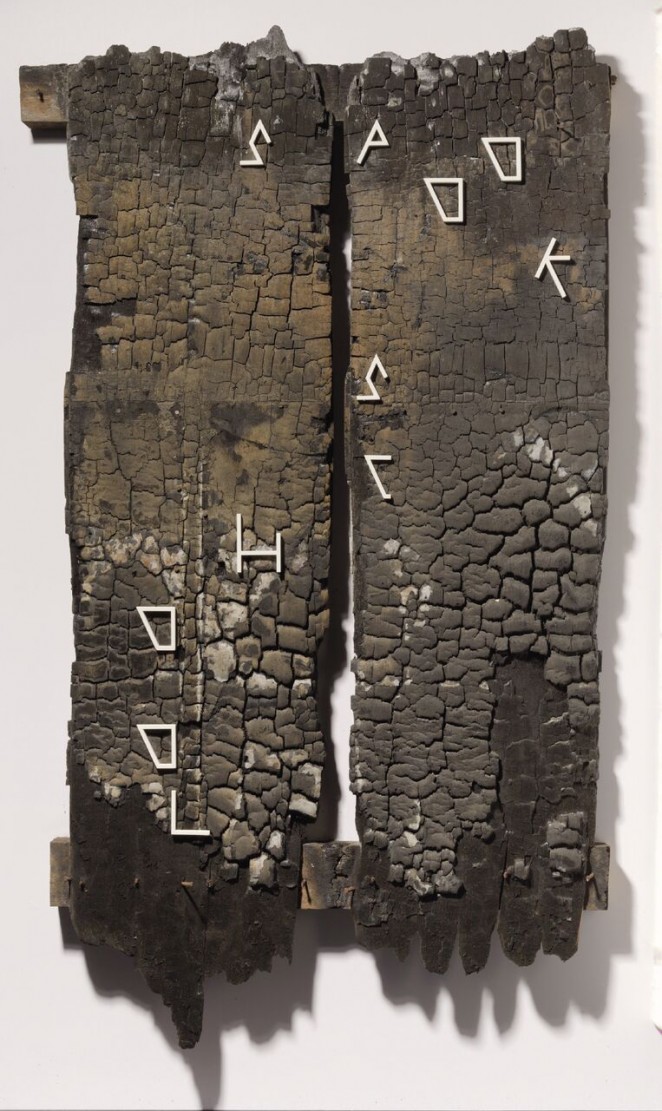 When the creatives behind the campaign, Bill Hartley and Giles Hepworth, first aw the news about the fire, they approached the GSA with the idea of using actual materials recovered to help raise money for the restoration. Since then the school and the agency have worked together tirelessly to bring some of the art world’s biggest talents together to deliver this hugely ambitious project. Each artist was sent a piece of debris specifically chosen for them with a note telling them what it was, where it was from and explaining the concept. The brief was left open for each artist to interpret what they received and create their own new piece of art. J. Walter Thompson London’s Bill Hartley and Giles Hepworth, said: “It seemed appropriate to use a by-product of the School's fire as the tool of its rebirth. By putting debris from the fire into the hands of artists, it places the future of the School firmly in the hands of the UK’s creative community.” 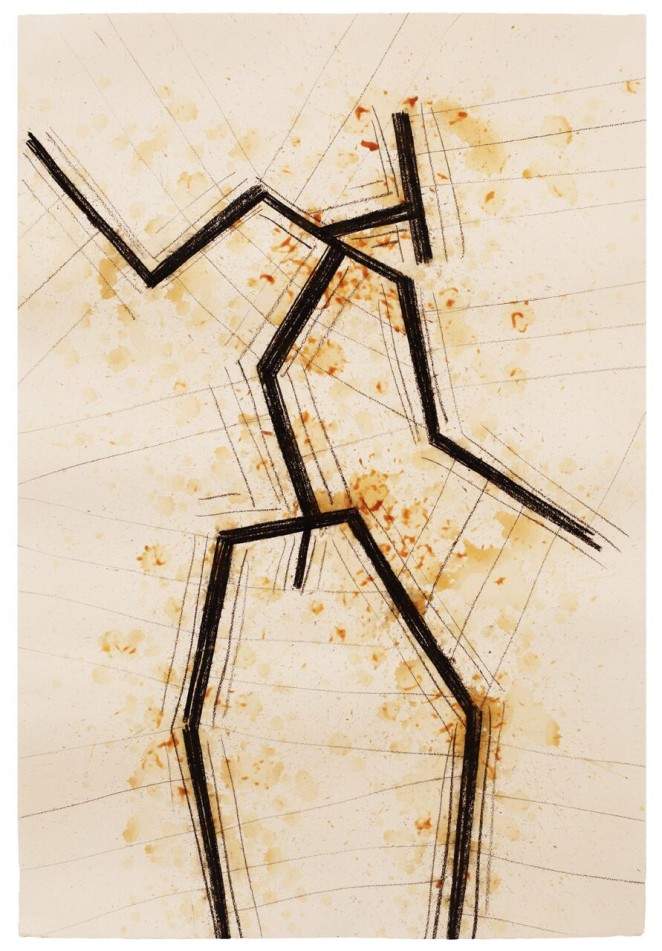 Artists chosen by J. Walter Thompson London, which include seven Turner Prize winners, come from a variety of disciplines and backgrounds to create a distinctive body of work, reflecting the international importance and influence of the Mackintosh Building on those who studied there and further afield. Other leading artists participating include Anish Kapoor, Tacita Dean, Conrad Shawcross, The Chapman Brothers and Sir Peter Blake. 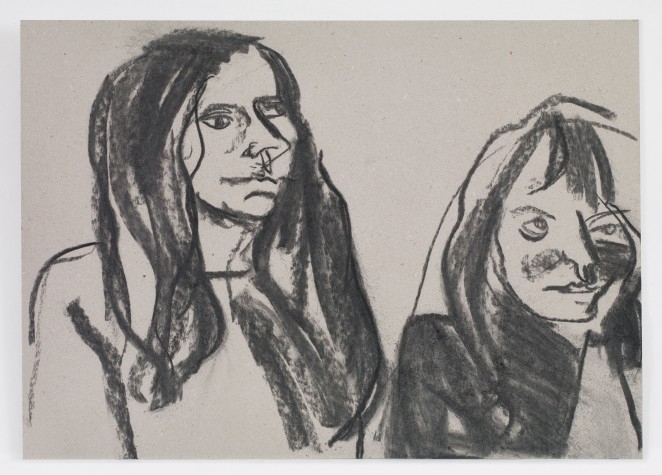 Douglas Gordon, said: “I was sent a small section of wood that came from the famous library in the building. It sat in my studio in Berlin, on my desk, next to a classic 60's ashtray that a friend had given me - the irony. In any case it reminded me of my times in the library, where one either craned ones neck in order to look up very high, or bent one's head in order to read a book. It has a kind of (traditional) religious or at least a devotional gesture to it. And when I looked at the pieces of wood, I moved them slightly and realised that it was, indeed, a cross. Regarding the material and the process - I wanted to use EXTREME heat in order to make something that would not burn - therefore, the bronze.” 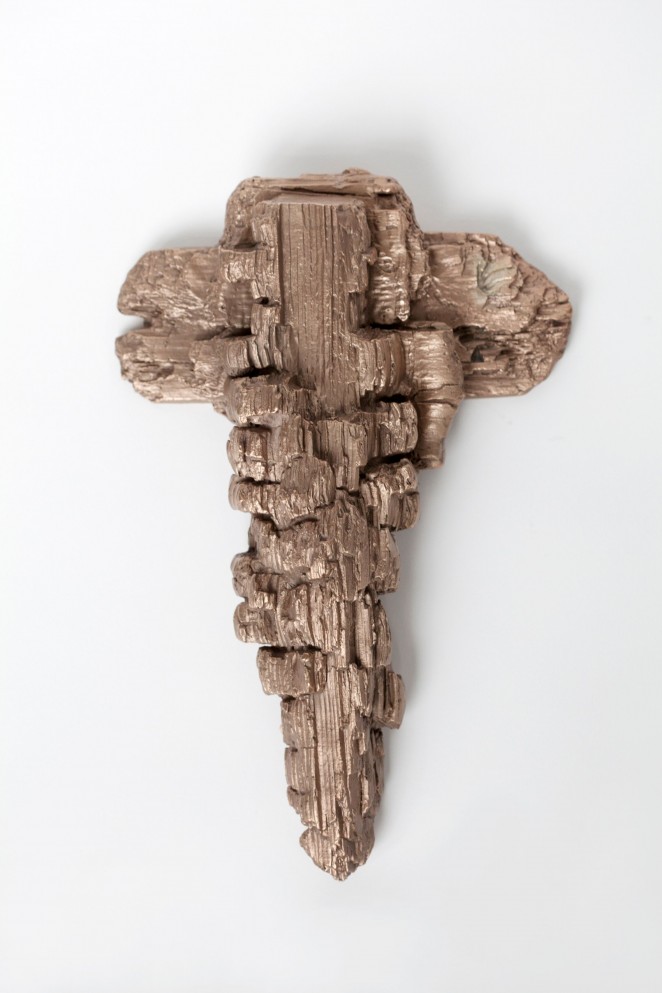 Grayson Perry, said: “It’s a tragedy. It’s the most famous art school building in Britain. It’s also the masterpiece of Mackintosh. It’s a double tragedy. I was very excited when I received the box of charcoal. I had an idea almost immediately and the idea of making an urn was an obviously thing to do. The idea of memorialising or celebrating the difficulty - honouring the wound. It’s something I’m trying to do. Move on and make the most of it. I really like the idea of using the charcoal from the fire. I thought it was very clever. It’s also fresh – it’s not something that has come up before. We’ve all been asked to do t shirts, knickers and mugs – endless charity rounds. I get about two a week.” 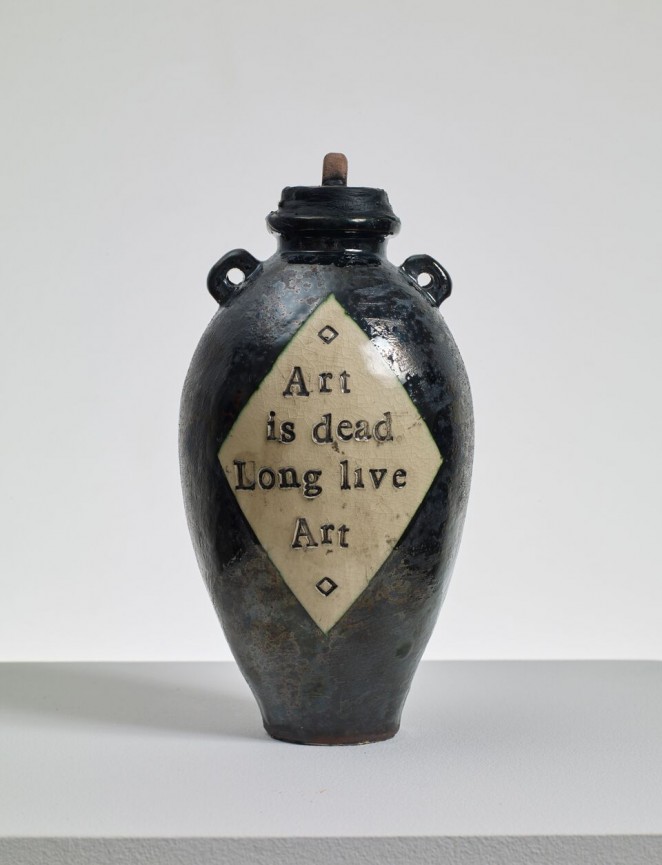 Professor Tom Inns, Director of the GSA, said: “The Mackintosh Campus Project will enable The Glasgow School of Art to restore and upgrade the Mackintosh Building as a home for all first year students whilst also creating state of the art studio space for the School of Fine Art and workshop facilities for the GSA in the converted Stow Building. The project symbolises our commitment to our heritage and our confidence in the future. It has been a pleasure to work with the creative team at J. Walter Thompson London over the last two years on this imaginative initiative that will help in our efforts to raise the £32m required to make our vision a reality.” 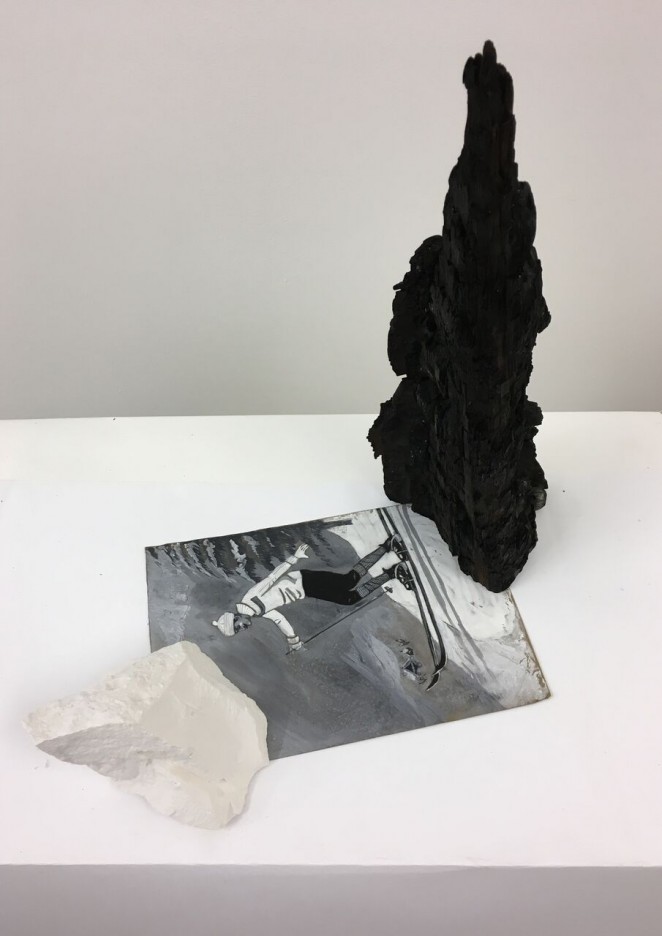 Leonie Grainger, Head of Christie’s Day auction: “Ash to Art ably shows how the creative process can transform the humblest of materials into compelling works of art that are not only a powerful tribute to the history of Glasgow School of Art but also a fitting overture to its future. An integral part of the Christie’s Day Auction of Post War and Contemporary Art in March, we look forward to showcasing this formidable line up of talent and are delighted to be a part of a project that has such imaginative ambition.” 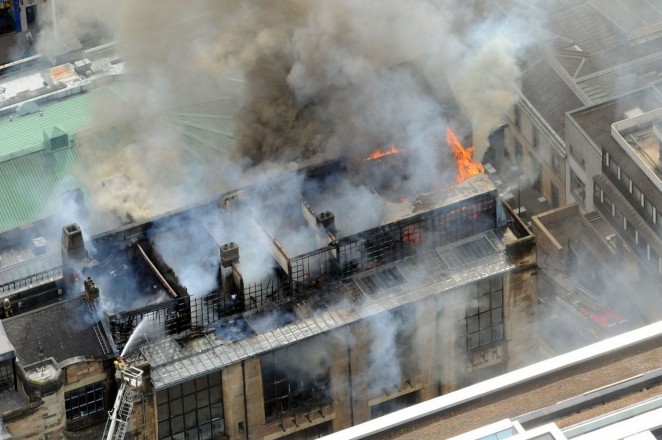 The GSA Development Trust first launched The Mackintosh Campus Appeal after the fire in May 2014 to raise £32 million to help the institution recover, and to deliver an authentic and sympathetic restoration of the Mackintosh Building, including returning the library its original 1910 design. To date the campaign has raised £18.5 million. The fire in the Mackintosh Building resonated across the world with individuals and institutions wanting to help the GSA in any way they could. Through the intervention of our artists and their unique body of work, we are helping to support the GSA’s recovery from the fire. Their support will be invaluable to the GSA as it undertakes the restoration of the west wing and upgrade of the east wing of the world-famous Mackintosh Building, and converts the recently acquired Stow Building into studio space that will bring together the whole of the School of Fine Art for the first time in decades. 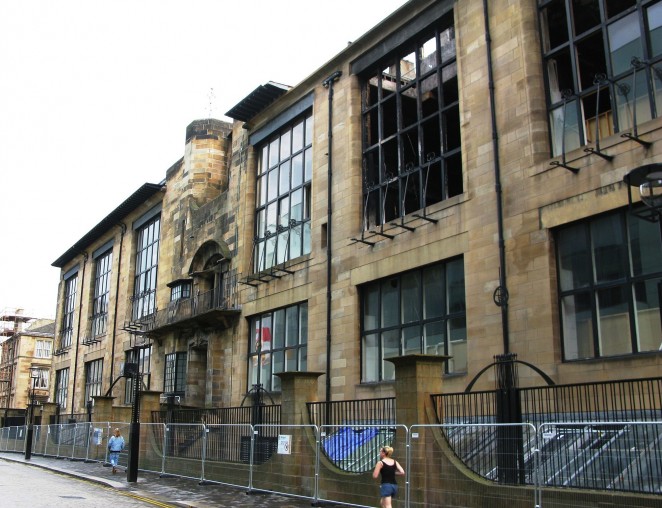 A great idea to raise money for a worthy cause. I do hope they can make enough to restore the building to it's former glory!