J. Walter Thompson bank on the power of nostalgia for Philadelphia

Nostalgia is a powerful thing that's often difficult to fully comprehend or even recognise. We are all, to some extent, hardwired to react positively to things that take us back to our own personal halcyon days, and negatively to things that remind us of the hardships we'd rather forget.

Nostalgia, however, isn't something quite that deep, it's often something more subtle, something that sits on the surface as a passive observer, reminding us, without necessarily taking us all the way back. As such it's become a remarkably profitable tool for advertisers. It's rare, however, to harbour nostalgia for the ads themselves, but J.Walter Thompson London is banking on it with their latest campaign.

This is the first major, pan-European campaign the agency has developed for the Philadelphia cream cheese brand since it was renewed as agency of record last March, and it's one that aims to bring the familiar Philadelphia angels into the modern age. For those of you unaware of the famous campaign, which first graced our TV screens back in 1994, it followed the eating habits of a flock of cheeky angels, who used light and witty banter to get across the message that Philadelphia was like a taste of heaven.

Numerous actresses have donned the wings for the brand over the years, most notably Dawn French and Jennifer Saunders, but for 2016, the brand is looking to contemporise the concept, whilst still clinging to the initial personality of the original spots, theoretically giving them the best of both worlds. So it falls somewhere between the surprise re-emergence of the Red Car and Blue Car Milky Way spot a few years ago, and the recent Hovis campaign by Mother, which turned the classic “Boy on a Bike” ad into a high-octane action sequence.

The idea is that by modernising the angels for a new generation, Philadelphia is delivering an inherently female personality with light and witty humour, creating an easy way to interact with both the brand and contemporary cultural topics important to its consumers. 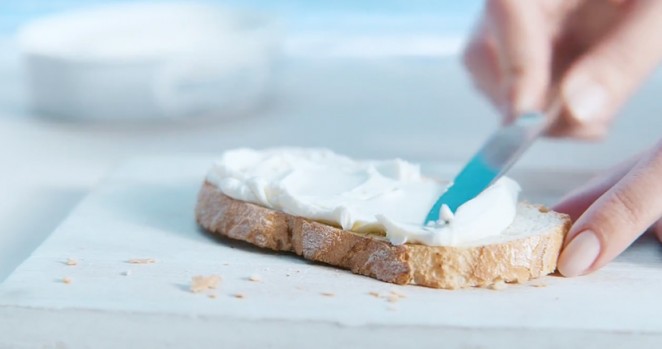 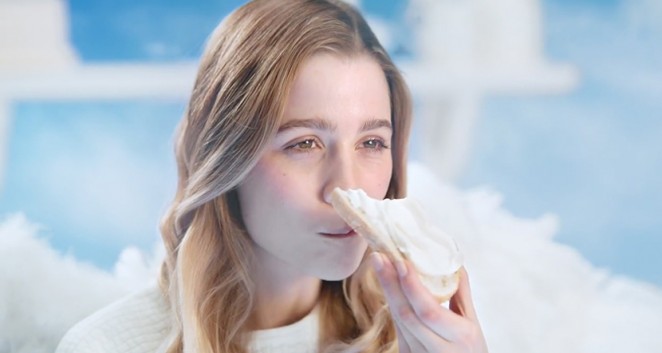 Philadelphia hope that the campaign will leverage the inherent strengths and heritage of the product, whilst modernising the messaging and subject matter for its target audience. An audience who love sharing light hearted moments over food, enjoying themselves and don’t want brands to take themselves too seriously.

“We believe this new campaign leverages the strengths inherent in the brand’s heritage, but retains the wit, charm and warmth of the original characters” Greta Hammel, Marketing Director at Mondelez International

The campaign has already launched in Portugal, Austria and Denmark, and will run in a total of 11 countries on TV with support on digital, social and in store. From what little I've seen of it, J. Walter Thompson seem to have nailed the tone of the original spots. The clip in question saw an excitedly nervous angel getting ready for a first date, while her grown up daughter calmed her down with some dating advice, which of course involved the cream cheese spread. It's rather quaint and twee, but that's exactly (at least presumably) what the brand is going for, and slots in perfectly with the nostalgic vibes they are obviously attempting to generate.

Of course, Philadelphia are not the only brand to keep a 20+ year campaign around, but considering the genuine love many consumers have for the original ads, bringing the angels back in such a big way, in a more cynical age, is a pretty bold move for both agency and brand that I really hope pays off. Because I quite like them myself. I mean, I'm not even remotely religious, but I do love cheese.

The Portugese version of the spot, which dropped earlier this month

Benjamin Hiorns is a freelance writer and big cheese fan from Kidderminster in the UK.