Hyundai has teamed up with INNOCEAN, Keystone and Flatpack Films to create a slick and dynamic new ad to promote its new model: Genesis G80. Whilst most car adverts focus on the drama and action of the model on the road, this spot succeeds in showcasing the Genesis G80’s arresting and immediate impact, without it ever moving an inch. Revolving around the idea that impressions can be made at various speeds, the visually-striking ad documents several beautiful scenes in extreme slow-motion detail (such as the unique speeds of a falling leaf, pigeons in flight, and rain droplets) before fixating on the moment a person encounters the Genesis G80 for the first time. By capturing the sensory response through dilating pupils and rising hairs, it delivers a graceful and dramatic reveal and cements the statement of the new model’s impressive ability to provoke such a reaction even when stationary. 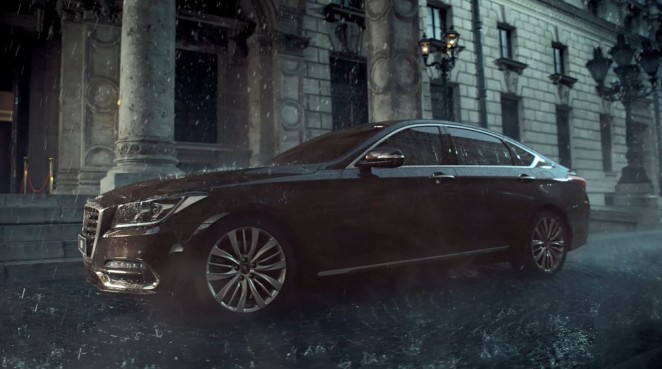 Hyundai enlisted the expertise of Budapest-based production company, Flatpack Films, to take advantage of its vast network and harness the full potential of Hungary’s versatile locations. Home to a range of fantastic studios, Hungary is an attractive option for many high-profile productions. The team filmed both versions of the Genesis G80 ad in the country; one featuring a female actor and the other a male one. 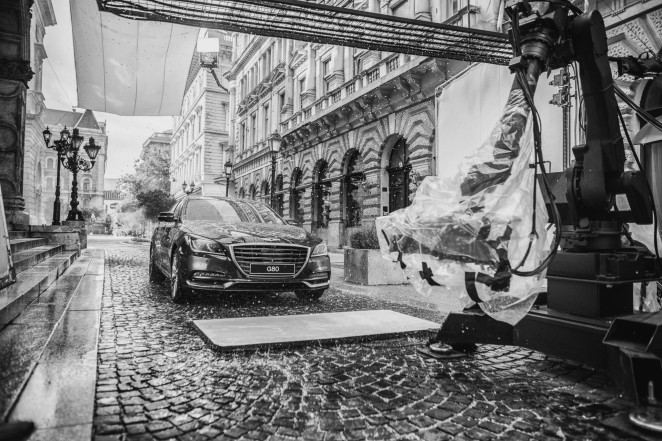 Zita Kisgergely, Executive Producer of Flatpack, said: “This shoot demanded multitasking on a very high level. We were responsible for handling multiple complex components within a tight deadline but we rose to the creative challenge. Patrick Duroux brought a welcome level of professionalism to the set - as one of the most technically-accomplished DOPs in Europe. It was a pleasure to work with both him and director, John Park, who is similarly technically gifted and has a refreshingly sensitive eye for aesthetics. The heavy technical demands of this shoot called for a large amount of care and preparation. This was a great opportunity to build on our repertoire of work for the Asian market. Our strong relationships with Korean producers allowed us to maintain excellent communication and uphold the creative vision throughout the entire process.” 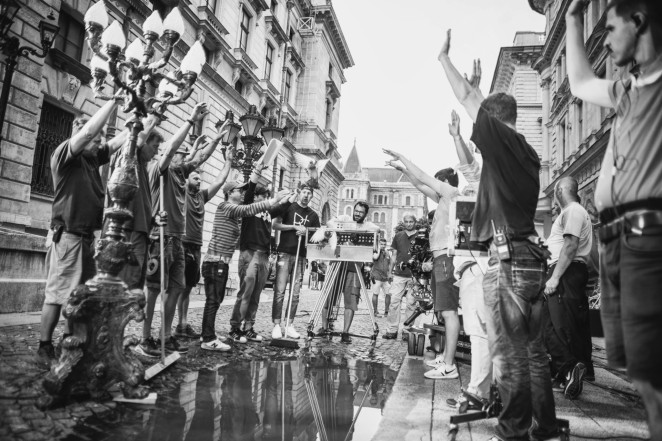 This spot was shot almost entirely in-camera, with little post production enhancement. This meant that the project required a considerable technical component, involving a Max Arm, Wire Camera, and a Russian Arm Mini with two Phantom Cameras and two ALEXA Cameras along with a RED Weapon camera, all operated above the rain machines. Flatpack secured the equipment, sourced the tech personnel, and orchestrated the logistics and tests with Hungarian crew in accordance with the requirements of the Keystone team.