HTC has launched a new development and publishing studio for virtual reality apps and games, which will all be designed with the HTC Vive headset very much in mind, though many of the releases will also work on the Oculus Rift. Vive Studios will release both games developed at HTC and ones from external studios in an attempt to seemingly directly compete with Oculus Studios, the internal Oculus game studio headed by Jason Rubin, which creates games exclusively for the Oculus Rift. The scope for Vive Studios, however, is much broader, as, whilst Oculus has a separate group (called Oculus Story Studio) for cinematic virtual reality, Vive Studios is supposedly a jack-of-all-trades studio, covering a wide range of field, including games, education, cinematic, design, social, real estate, and sports. 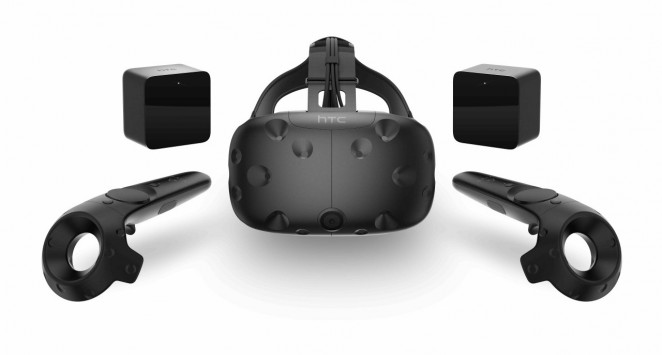 The first title from Vive Studios has been designed by an internal studio called 2 Bears, and is named simply Arcade Saga. It's a relatively simple arcade-inspired combination of games like archery and Breakout, only given a notable VR spin. It’s basically a combination of mini-games, but a pretty hefty one. There are 84 levels and a surprisingly elaborate backstory in which you are literally role-playing your computer’s CPU, which has gained sentience and considers fighting the AI guards of a computer scientist named “Warlock” a kind of high art. Very meta. The game is out now on Steam and HTC’s own Viveport store for $29.99.

“We've got a hundred-year plan for VR so, eight months in, we feel we're doing pretty well on the timeline right now” Vive's Director of VR Production, David Sapienze

Where Oculus Studios is geared toward making exclusive games for home users, HTC seems more interested in creating material for the Vive’s corporate partnerships and arcade business. It’s also courting the international market, particularly China, more aggressively. Until Vive Studios makes more announcements, though, it’s difficult to say what its true scope will be, or how many resources HTC is actually putting into it. 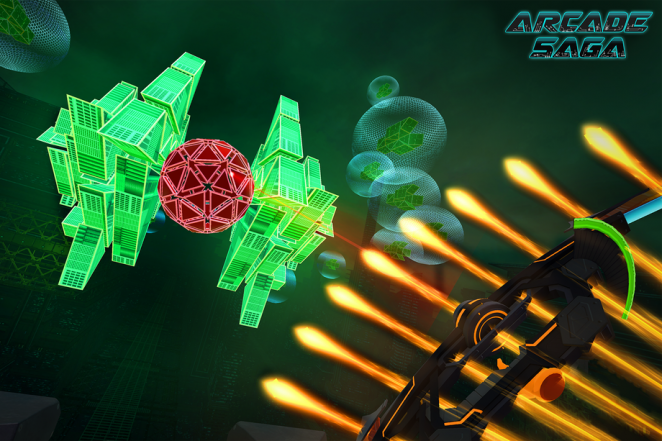 Elsewhere, HTC is already putting the Vive headset in internet cafes, dedicated entertainment centres and even major theme park attractions (the Derren Brown Ghost Train at Thorpe Park), and it’s supporting software through a startup accelerator called Vive X. It’s also unofficially developed at least one game before Arcade Saga; a World War II shooting gallery called Front Defence. However, the company has insisted that Front Defence was made by an independent internal startup that just happened to be made of current HTC employees, not HTC itself.