If there is one key takeout that you could gain by Nigel Harniman, it is the delightfully provocatory advice (which we love) to not become a prostitute to the business. It's quite easy to get lost in a race to the bottom and only reason in terms of prices, outcome, output, results and profit – but where's the magic in that?

Photography is about making the average look extraordinary. This is one simple truth that Nigel, now heading the Harniman Photographer studio, learned from a certain 'renowned' creative director in London. Since then, he has always looked to work on projects he was excited about himself, which led him to work with clients in the likes of Rolls-Royce, Ford, Cadillac and more.

For this Member Spotlight, we are learning more about the craft and secrets of a driven professional with years of experience in the production industry. 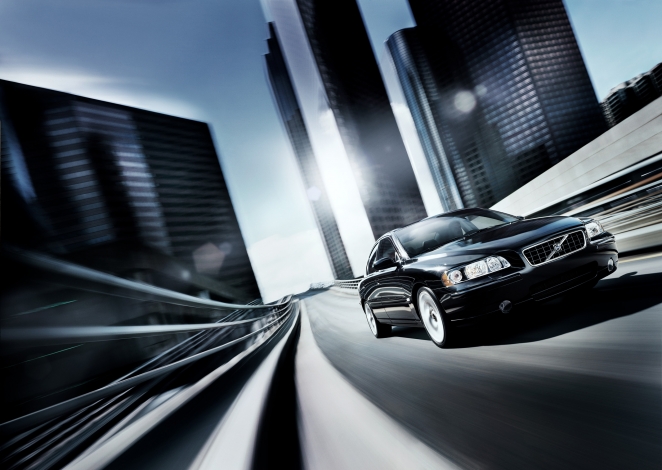 Automotive is my passion, in fact anything with an engine, having been around cars since a very early age. Armed with an Art College degree I headed into London, joined the AOP (Association of Photographers) and started assisting the big name photographers at that time - the Magnum guys, Jake Wallis, Martin Black, Howard Grey, Chris Simpson – on anything, from swimwear to celebrities. All around the world advertising shoots for major global names like UPS.

Through the connections I made, I started shooting my own car ad campaigns for London ad agencies - the first major ones with Y&R London, shooting Ford press ads in places like the US, India & around Europe.

I was asked to take the lead launching the Bentley Continental GT 2003, shooting the prototype and then the production car. Once those images were published, things started to go mad in the US. International commissions became the norm and I’d found my niche. Basically, I suppose I’m an image-obsessed petrol head! 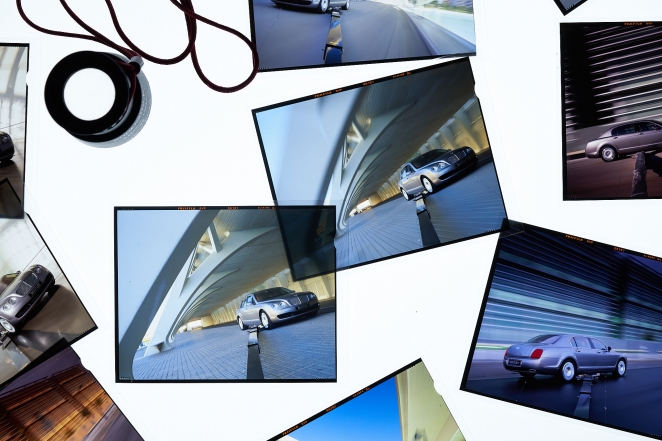 I’m a freelance Photographer & Director and the team are based in the UK, in the middle of a field out in the sticks. It’s a great place to be both professionally and physically – conveniently located to fantastic outdoor locations as well as a studio. It’s now more relevant than ever to have a local crew and location that complies with much stricter guidelines in place than ever before.

Something to do with cars. Motorcycles. More cars. For fun I drive a ’96 Honda NSX and ’03 Subaru Impreza, and have just managed to find a 30 year old TDR motorcycle to add to the stable. If it’s got wheels and an engine (and preferably if it’s fast), I’m there. 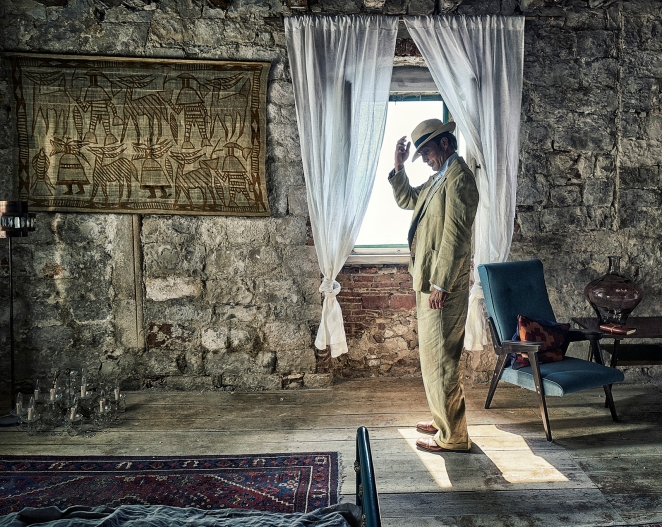 A renowned London creative director once told me that “anyone can take pictures of supercars, but what he would rather see is someone with the ability to make the average look extraordinary”. Storytelling is my passion, imagery is the medium. Seeing the inspiration in my mind’s eye and being able to convert that onto film, at first, and now the new digital platforms is what truly excites me and that’s the basis of my creative process in a nutshell. 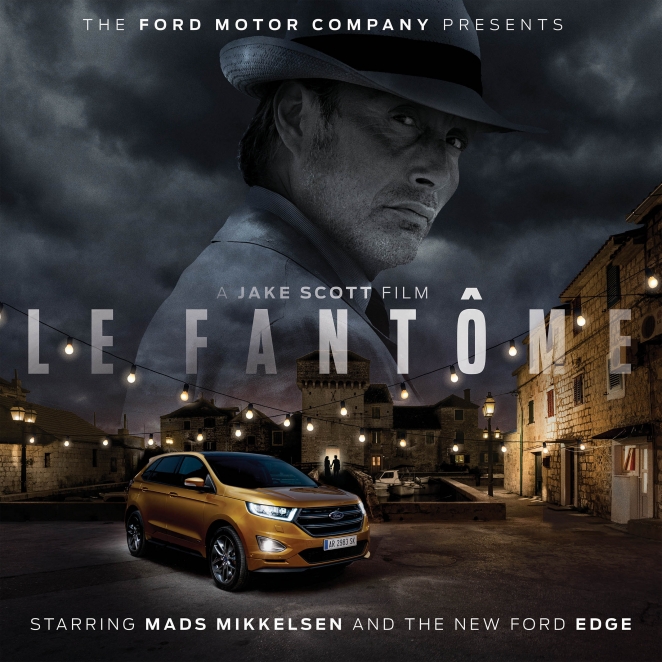 In my industry professionals now need to be multi-disciplinary creators of content for our clients and more and more recently clients have been requesting lifestyle and motion imagery. Technology is changing constantly - we went from analogue to digital and I started my own CG Company (AirCGI) back in 2006 in order to accommodate that shift. Now, more recently,  drones have made getting higher POVs cheaper, quicker and easier - I really enjoyed the experience of learning to fly – (I thought it would be easier!) when gaining my CAA licence a few years ago and since then we’ve been using them for shooting stills and motion. We recently received a nomination in the British Photography Awards 2020 for drone imagery of Rolls-Royce Cullinan SUV, shot in Croatia, which was cool. 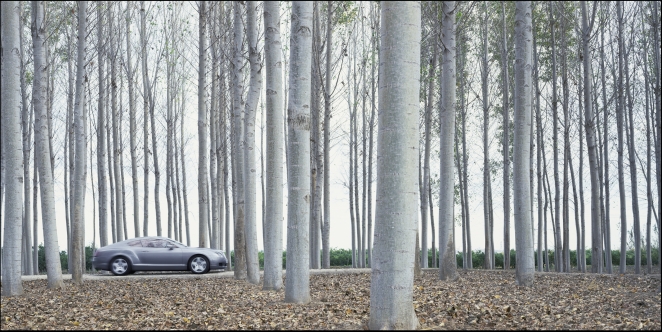 In essence, I love the challenge of brand building for my clients: brain-storming ideas, filming and shooting them. From content-based/rich media to traditional OOH, billboard or print campaigns. I work quickly to create an understanding of the creative team’s premise and aspirations for the clients brand. This builds trust, allowing the magic to unfold! The visual aesthetic is the most important, but I never turn down an opportunity for a test drive especially if it’s is something very special! I am fortunate to meet and shoot some inspiring and interesting people too from WW2 Parachute Regiment veteran Fred Glover to movie legends Mads Mikkelsen & Keanu Reeves and racing drivers Nico Rosberg, Ken Block, Damon Hill, Sir Stirling Moss and many others. 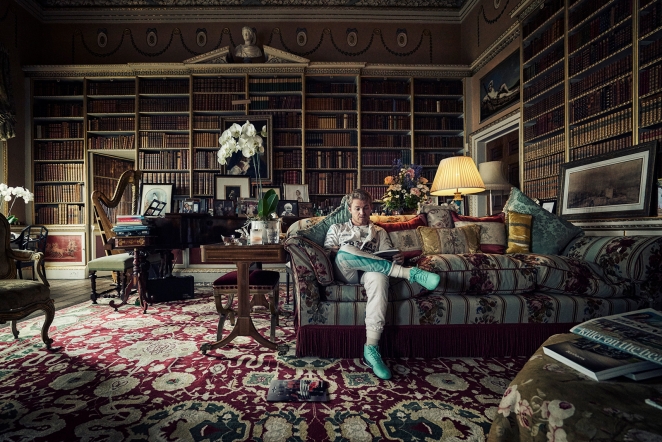 An extremely difficult question to answer, having worked with so many great clients on such diverse projects from press ad campaigns to film, automotive, celebrities and CGI! I would probably highlight a few clients we have built a great working relationship with over a period of time and I’ve worked on multiple projects together...

Cadillac in US - a great set of simple & graphic images, good fun on the shoot & a great production by old friend Ricardo Capdepont of Daniel Productions in LA.

Rolls-Royce - we have shot the new Cullinan SUV launch, Ghost, Wraith, Dawn - I especially liked the experimental shots for the new Phantom 2017 shot with Jamie Heath which were nominated in Creative Review, OneEyeland etc...

Bentley - we launched Bentley's first new model for years - the Continental GT, shooting the concept, the prototype and going on to shoot the Flying Spur launch and Arnage.

Royal Enfield - loved the freedom of shooting the KX Concept with the super-friendly & easy to work with RE UK and India teams, producing stills, a brand film, a documentary, and social edits.

Ford - Mads Mikkelsen as Le Fantome - he was a dream to shoot - total pro in every way & a lovely guy to work with - still shooting on location with Ford - the 2020 Backbone of Britain campaign is on billboards & social now. 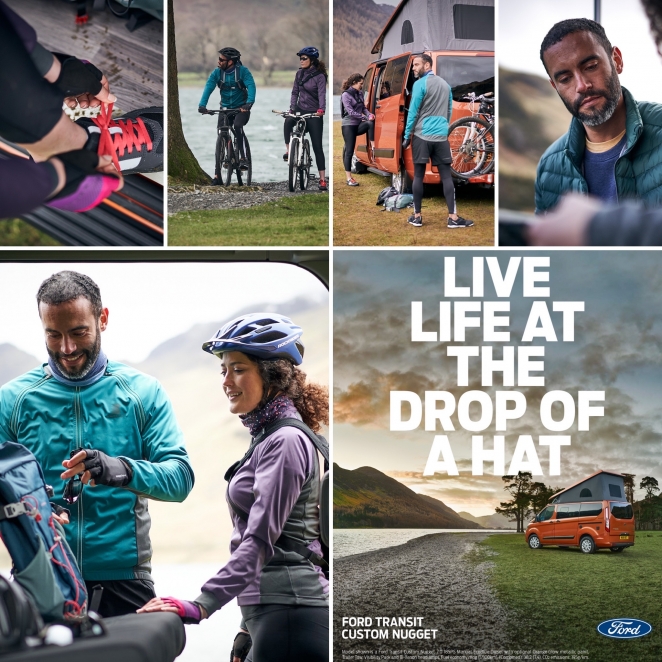 Jump in the NSX or on my motorcycle, get in some drone flying or go for a 50 miler in on my roadbike (I cycled John O’Groats to Lands End for charity a few years back with some mates - over 1000km in 9 days taking the scenic routes - what an experience!)

Be authentic, only shoot what you can make a connection with and avoid the race to the bottom based only on price. Do not be a prostitute to the business. 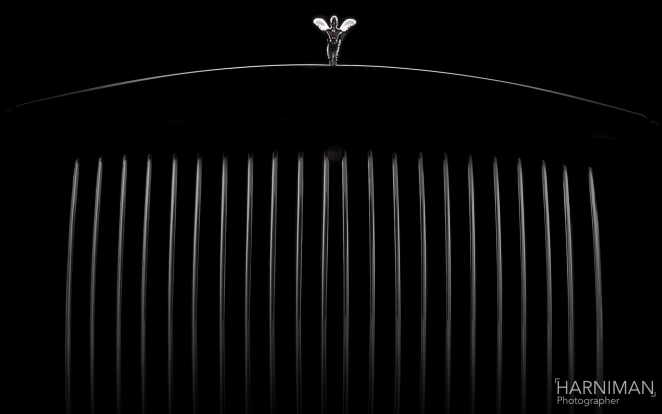 It’s been quite a challenge getting moving again after the lockdown, as everyone is just getting back on their feet – but we’ve been fortunate to have collaborated with Ford on their ‘Backbone of Britain’ campaign and the launch of their new Nugget campervan, which is very relevant at the moment. Just been in Monaco shooting Rolls Royce which was great.

I think my biggest hope is that the industry manages to bounce back after all this and we can all look forward to getting back to doing what we love again. It’s been tough for creatives across the board with remote working, furlough and redundancies agency side and especially for freelancers, so hopefully we can all support each other and get creative.

Most recently I have to say I miss all the people! I’m a hands-on chap and used to working as part of a team of uber creatives, where being face-to-face in a group setting lets the ideas, camaraderie and banter flow. It’s hard to recreate that on-set vibe through a Mac screen. I’d love the industry to bounce back soon so we can all get together and get back to that!