Every year, the highly anticipated Christmas advertisements mark the start of the festive season. As in previous years, the Christmas ads in 2019 follow the same generic theme of an emotionally-driven story where the public falls in love with the protagonist such as Edgar the dragon in John Lewis’ recent campaign.

M&S, however, has adapted the usual modern-day Christmas offering. While the retailer has made its traditional food ad filled with close-ups and slow camera angles of gravy being poured all over a meal, or a dessert oozing out its insides, it has also brought out another ad focused on its clothing range – sweaters to be precise. The tagline for this second ad is ‘Go Jumpers for Christmas!’, accompanied by House of Pain’s Jump Around for an ingenious twist on the average Christmas spot.

This creativity was taken further when M&S partnered up with Metro newspaper on 19 November, when the paper issued a mini-screen on the front page (pictured below) playing the ad on repeat with pause, stop and adjustable volume settings. This cleverly curated concept brought the virtual ad to life for Londoners, rather than isolating their viewings to their smartphones. It enabled viewers to take the time to watch the video, rather than passively receive the information given to them.

The marketing behind this is clearly original, however, it does make you question how much financial backing retailers are willing to put towards a single advertisement and whether this is necessary. It is true this ad will be memorable due to the way it has been presented to us. But will it sell more jumpers?  Only the post-Christmas results will tell us, I guess.

One thing’s for sure, whether it’s the war of the woollies, the clash of the Christmas puds or the rivalry of the roast turkey, the Christmas ad campaigns always spark a great deal of debate at this time of year. 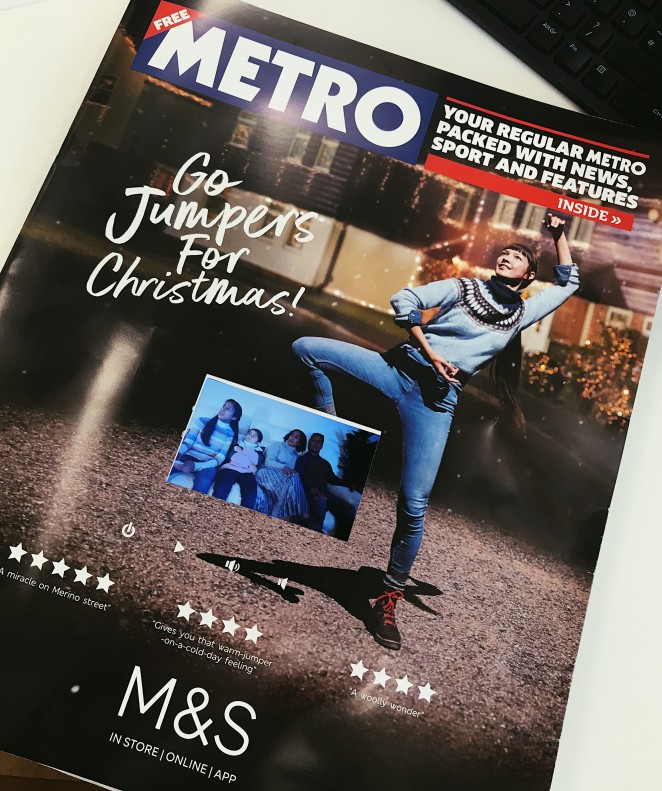