How his love for editorial design saved an art director - #MemberSpotlight

When the pandemic hit, Steve Thone was one of the many creative professionals who were forced to move to a freelance life for a living. His resilience serves as a testimony to the strength of the overall industry – as well as a reminder of his own professional career.

Steve started working straight away after graduating in 2006, designing companies for brands such as Audi, Alfa Romeo and Marie Curie Cancer Care. Fast forward 14 years later and his passion for editorial design is ever so strong, and possibly what enabled him to find his feet in this global health crisis.

For this incredibly inspiring Member Spotlight, we are learning more about the story of a talented and determined freelance art director, someone who was able to find his place in the industry by pursuing his own, personal definition of success. 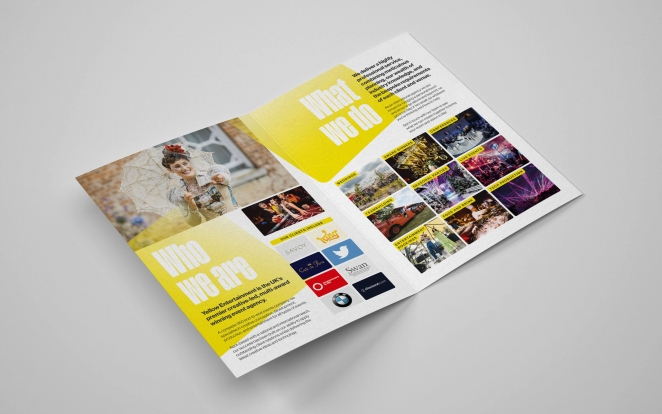 After graduating in 2006, I almost immediately started working at what was then called a contract publisher, but is now known as a content marketing agency. It was a great start to my career, I was designing magazines for companies like Audi, Alfa Romeo, Watches of Switzerland, and Marie Curie Cancer Care, and it’s where my interest in editorial design started. I was very lucky to find a great place to work so quickly – and unlikely as it sounds these days, just by browsing job ads in a newspaper! After moving away from London I worked at a couple of generalist design studios where I did more branding and promotional work, which was great for expanding what I was able to do.

Just over 10 years ago I decided living in London wasn’t for me anymore, so looking for a better quality of life I moved to Canterbury. Until July 2020 I was working for an agency with a mix of big and small clients, but after the pandemic hit and a few months of working from home unfortunately the agency had to let the entire staff go, so I’m now full-time freelance.

I don’t know if I can do anything else! When I was growing up I wanted to be a vet, and for a while before university I thought about getting into journalism, so maybe one of those. 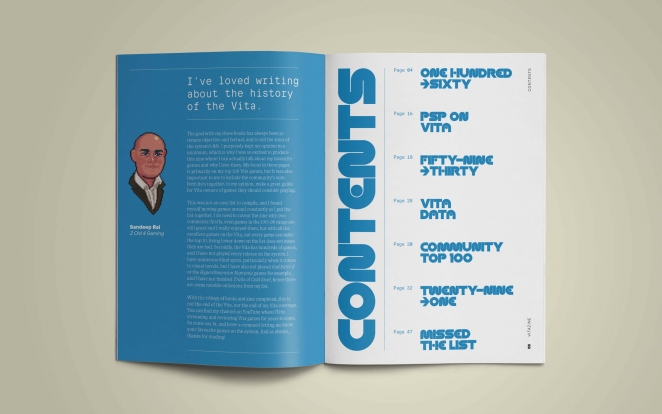 I don’t have a detailed process set in stone as I prefer to work more fluidly, but in general I tend to work in three broad stages – research, ideas, and execution. I’ll start by finding out as much as I can about the client, their industry, and their customers. Then I’ll move onto sketching out ideas and experimenting with different directions, initially on paper but later also on screen, and part of this stage is narrowing down to a few of the strongest concepts.

The final stage is refining those ideas and then producing the finished work. I’d also say an important part of my process is stepping away from a project at different stages. Sometimes ideas or solutions come to me when I’m doing something else entirely, and returning to a project with fresh eyes is always helpful – you’ll usually notice something you couldn’t see before.

I hope I don’t have a style! At least nothing too specific or recognisable. I wouldn’t say my work is minimal, but I usually try to keep things simple and uncluttered, as I think the best design generally has those qualities. I focus on details and believe that if you concentrate on getting the small things right, the larger whole will naturally follow. But really I try to approach every project as a blank slate, and the outcome depends on what each project calls for. I think if you’re imposing a personal style on everything you do, to some extent you’re probably failing the client – one style can’t possibly fit every piece of work or brand. And aside from anything else, it keeps things interesting for each project to be different.

There’s quite a few studios who I think always produce great work – Winkreative, Anagrama, Atlas, Metaleap Creative are a few. In terms of individuals, there’s two people whose work I really admire. One is Matt Willey (mattwilley.co.uk), who is a partner at Pentagram in New York and has an amazing body of work, including an incredible redesign of the Independent newspaper in the UK as well as several magazines he’s launched himself. The other is Scott Dadich, who was previously creative director and then editor at WIRED magazine in the US, and now co-runs his own agency (godfreydadich.com). In my opinion pretty much everything both of them do is impeccable. 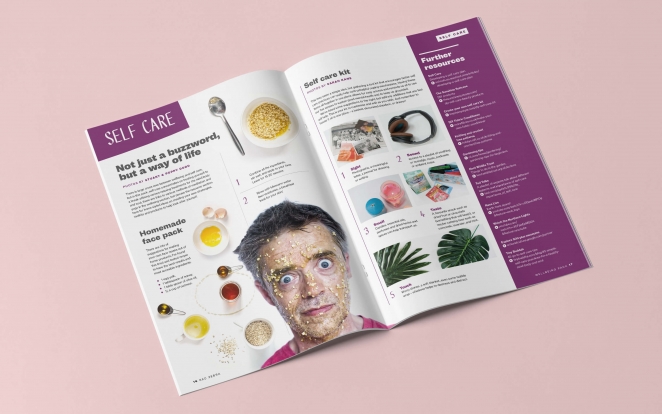 I’ve never done my job without technology and it definitely makes most things a lot easier – looking at how design work was created and assembled pre-computers really gives you an appreciation of how much simpler the technical side of things is now and how much time is saved. In a more general sense, the fact that most of the world is online opens up a lot more opportunities and can level the playing field to some extent. Design software is now accessible to almost everyone, which on the whole is great as it means the tools are now available to many talented people who may not have had access to them in the past – but it also means there’s a lot of low quality design out there; a lot of noise to sift through.

I think for me it’s just being innately interested in and curious about design. I love discovering and flicking through new magazines and following the design industry in general. I always want to develop my skills, and the thing that keeps me motivated is trying to make each new project better than the last.

Probably the trilogy of PlayStation Vita books I designed. The Kickstarter campaigns for the books were each more successful than the last, and I’d like to think I played a small part in helping them achieve that success. Also I’m still happy with the design of them, which is not always a given as I often look back at previous work and only see things I would change or do differently. The author passed on some great comments from readers – positive feedback from a client is great, but getting a good response from an individual who has purchased and enjoyed something you worked on feels even better.

At the moment there’s not a huge amount I can do since the UK is still locked down! In non-pandemic times I’d be going to see live music, going to the cinema, and taking a holiday or two with my wife. 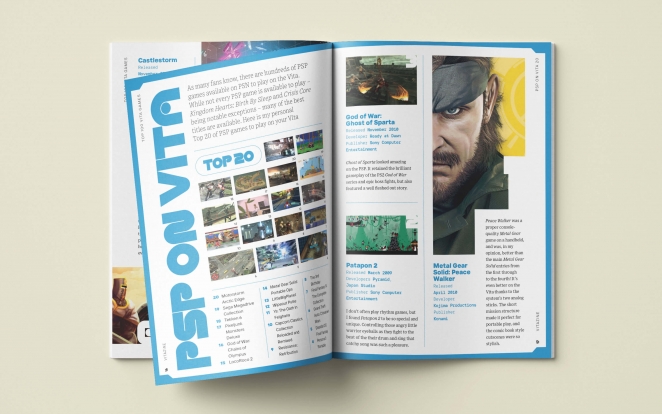 This is hard to answer – I think it’s difficult now for designers of any level and I’d hate to be coming into an increasingly crowded industry these days. Jobs seem to be fewer and expectations higher, for example low-paid junior or even intern positions that expect applicants to be highly skilled in almost every design discipline and already have several years experience. More and more industries seem to be becoming more freelance-based, so I think forging your own path is probably a better way to go. But aside from the obvious things like having a well designed online portfolio, I’d hope that anyone with genuine passion who worked hard could do well.

I’d personally like to see more of a focus on the craft of design. A lot of work I see, particularly on platforms like Instagram, is entirely marketing-driven and trying to appeal to as many people as possible. Of course selling is a huge part of what design does, but there’s so much work out there that’s competently made but bland and uninteresting. I’d love to see more designers experimenting and taking risks to create more exciting work, stuff that isn’t built on a template based on marketing data, and doesn’t try to please everyone.

This isn’t just the design industry, but the hustle culture that says you’re a failure if you’re not working 24/7 and aiming to be a CEO – I’ve heard it called ‘toxic productivity’, which I think is a good term for it. There’s nothing wrong with being ambitious, but everyone should define their own version of success. It’s entirely possible to be passionate and work hard, while still having boundaries and doing things other than work. Aside from causing people to burn out, I think it also legitimises and encourages exploitative workplace practices like long hours and unpaid overtime, where you’re told you’re ‘not committed’ or ‘not a team player’ if you don’t want to work every hour of the day, often for free. Everyone deserves to be paid for their work and to have their own time respected. 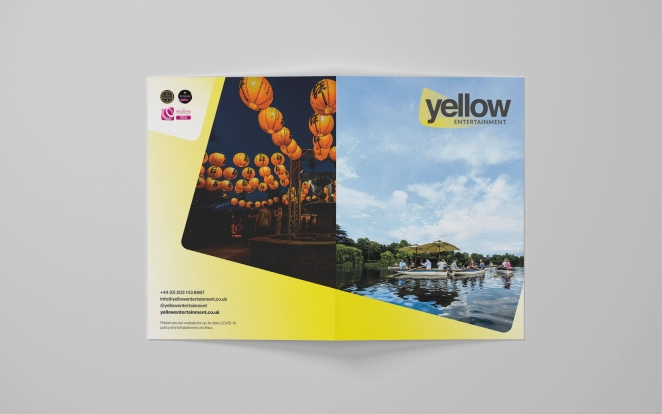 There’s so much I could list but I’ll try to keep it short! Some books I constantly come back to are the Victionary Paletteseries, the Counter-Print Logo series, and three branding books published by Laurence King – Logo, Logotype, and Symbol. Specifically for editorial, the SPD annuals (spd.org/shop?category=Annuals) are great if you’re interested in US design, otherwise MagCulture (magculture.com) and Stack (stackmagazines.com) are great places to discover new and interesting magazines in the UK. Also fontsinuse.com is essentially a typography blog, but it’s also a great source of design inspiration.