Honda US consolidates its digital media work with Razorfish

The American Honda Motor Company announced yesterday that it would be consolidating the lion's share of the digital marketing for both its primary Honda brand and its Acura luxury brand into a new team drawn from Razorfish and other members of the Publicis Groupe family. The new move will not only help avoid a conflict with Ford, but will bring all of the brand's media and digital work under the same holding company, making integrated work that much easier and more effective. Other agencies involved in the pitch, which began in January and was managed by Both Observatory International, included WPP's VML, Meredith's MXM and Interpublic's RGA. So far, all agencies involved have declined to comment, as has Honda.

The new move will not only help avoid a conflict with Ford, but will bring all of the brand's media and digital work under the same holding company

At the time of writing RPA, Mullen and MXM are in control of various digital jobs for Acura. As part of the new deal, both will continue handling consumer-facing digital content and social media support for the Honda and Acura brands respectively. Razorfish will be working with both agencies to help optimise the brand's digital marketing, whilst making sure that the web presence of the two brands retains their independent characteristics. They will also be responsible for all Honda and Acura owner websites and social media support for Acura. Honda has said they settled on Razorfish after a gruelling process, which was “Designed to advance American Honda's competitiveness in the evolving online landscape.” 8 months is a long time to hold an agency review, even for a company of this size, so it's safe to assume they made an informed decision. 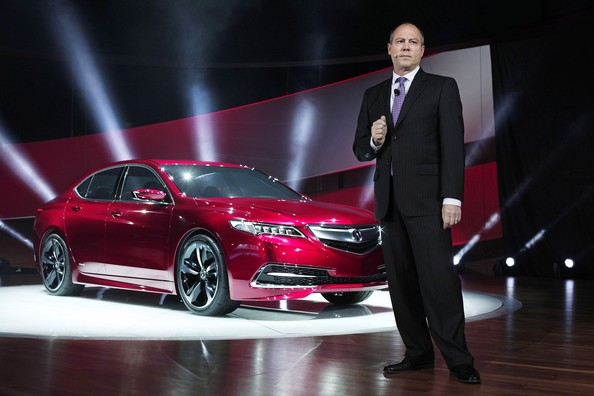 A review last year saw American Honda retain RPA as its creative agency for the Honda brand, but shift its Acura business to Mullen. The Publicis Groupe's MediaVest was also named as the media agency for both brands. Considering it's only been a year since creative and media responsibilities were split between agencies, it initially seemed counterintuitive to consolidate Honda and Acura's digital workload, but the benefits here obviously outweigh the drawbacks. Previous the company separated its key operations by function, rather than by brand, so it would appear they are reverting to type by consolidating the Honda and Acura brands.

Mike Accavitti said that Honda has been “Shifting the mix” since his arrival “Away from traditional broadcast media TV."

Mike Accavitti, who was reassigned to lead the Acura brand in March this year, believe that Honda will continue to focus more of their energies on digital in the coming years. He said that Honda has been “Shifting the mix” since his arrival “Away from traditional broadcast media TV." He said that when he first arrived at the company "There was a heavily TV-centric marketing focus” in place, which he quickly turned around by increasing the amount of funds spent on digital. He assures us “That will continue" going forward. Honda currently spends an estimated $50 million on digital marketing every year, and if what Accavitti has said is true, expect that figure to rise exponentially in years to come.

Benjamin Hiorns is a freelance writer and musician from Kidderminster in the UK. His first car was a Honda, and absence only makes the heart grow fonder In other words, he now drives a Ford and it sucks.