Whilst VR (which if the media at large is to be believed is going to see something of a grand renaissance in 2016) is pretty exciting for a number of reasons, it also runs the risk of further closing the divide between reality and technology, a divide which is already wafer thin. Of course, we're decades away from photo-realistic, exact virtual replication, but it will happen eventually, and one London design studio have decided to take action against this eventuality in a rather quirky and unexpected way with the “In the Eyes of the Animal” installation. 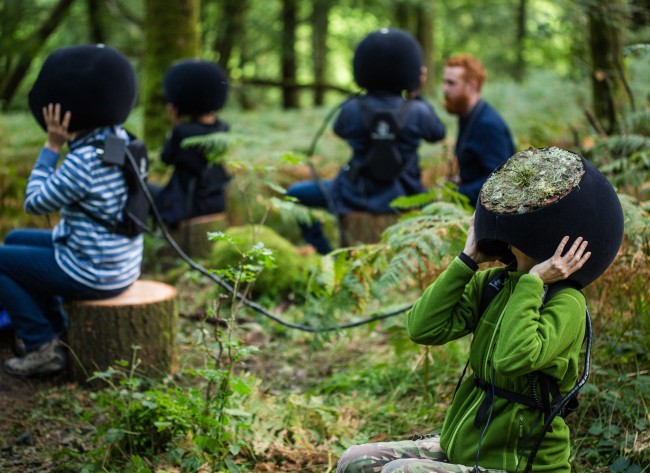 Designed for the “Abandon Normal Devices Festival,” which was held in Grizedale Forest back in September, the experience was put together by the wonderfully-named “Marshmallow Laser Feast,” who set up a series of globe-shaped, moss-covered VR helmets in the forest. These helmets then allowed the festival's patrons to see the forest through the eyes of different animals. While wearing the bespoke helmets, wearers experienced the landscape as if through the eyes of one of three woodland creatures: a dragonfly, a frog and an owl, with visuals creating the illusion of soaring over the treetops or wandering the forest floor.

A unique experience was created by the wonderfully-named “Marshmallow Laser Feast,” who set up a series of globe-shaped, moss-covered VR helmets in the forest

This might sound like a particularly vivid acid trip waiting to happen, but there was a surprising amount of science behind the project. The studio used data taken from LiDAR (remote sensing technology), CT scans and aerial drone filming to design the experience, and it relies on a real-time system that visualises an artistic interpretation of how trees and plants might appear to the forest's animal inhabitants. Marshmallow Laser Feast co-founder Barney Steel (excellent name), said: “We've always had a hunger for hacking people's senses by combining art and technology. In the Eyes of the Animals gave us chance to use VR as a first person perspective medium – the ultimate way to hack someone's senses. Using VR to immerse someone in the sights and sounds of animals creates empathy by simulating the way that others sense the world. This type of first person perspective experience is (in my opinion) VR at its best.” 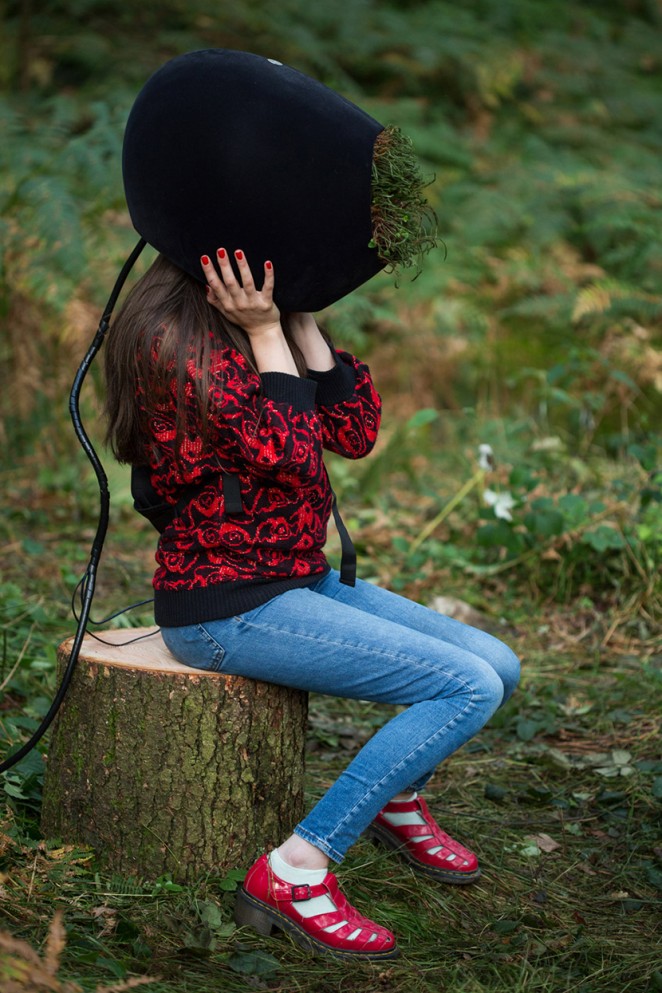 The project was partly prompted by research from Project Daedalus; a charity-funded platform that investigates the creative possibilities of drones and aerial cameras. Daedalus creative director Robin McNicholas said: “Telling a story from the point of view of an animal in this immersive, 360-degree way has been made possible by advances in technology.Aerial filming, for example, has traditionally been the preserve of Hollywood blockbusters with budgets big enough for helicopters. But new drone technology means artists can now get a slice of the action too.”

The installation allowed wearers to experience the landscape as if through the eyes of one of three woodland creatures: a dragonfly, a frog and an owl

Virtual reality might be gaining more traction in gaming (and sadly pornography) circles than anywhere else right now, but the art world appears to have taken it to its bosom of late too. The technology was also used by art collective BeAnotherLab recently to give people the opportunity to swap genders, while fashion designer Gareth Pugh used the technology to create an experience at London department store Selfridges.  Digital art studio FIELD also recently designed unusual VR headsets (not unlike those used by MLF) for its Violescence solo exhibition in London. A harness was fitted around the upper body of the participant, which vibrated to emphasise the experience's immersive three-dimensional sound. Sounds terrifying of course, but also pretty damn cool. In fact, I think that sums up my thoughts on virtual reality as a whole. 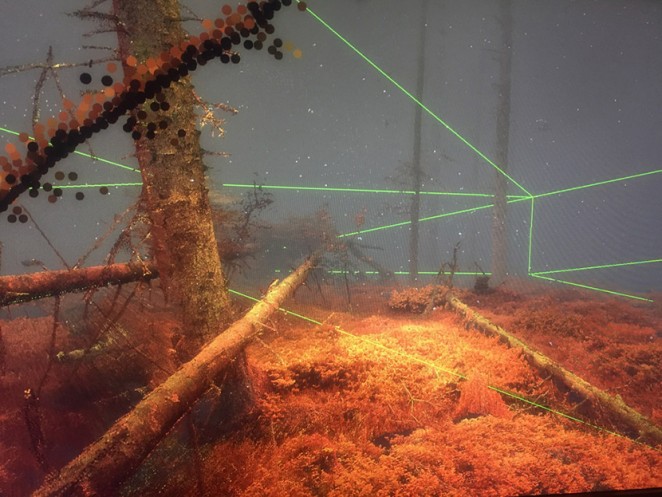 Benjamin Hiorns is a freelance writer and struggling musician from Kidderminster in the UK who has an Oculus Rift on pre-order.