Grimshaw Architects, the London firm behind the Eden Project (the bubble-shaped ecological park and Cornish tourist attraction) has signed a £100 million deal to design a similar scheme in Qingdao China called (rather obviously) “China Eden.” The Eden Project, which also doubles as an educational and environmental charity, has teamed up with Chinese developer Jinmao Holdings Limited and Grimshaw to design and develop the second project, which will sit on the convergence of two rivers near Qingdao, on a piece of reclaimed land that has been ravaged by salt production and prawn farming. 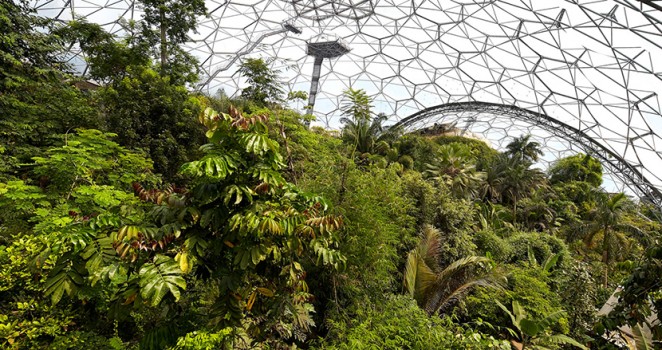 The original Eden Project opened in 2001 in a former clay pit in Cornwall. It consists of eight giant geodesic domes, which enclose a temperature-controlled 2.2 hectare environment for a vast collection of plants described as the largest rainforest in captivity. The new design is unlikely to replicate the bubble-like forms of Grimshaw's Cornwall designs, but the project aims to have a similar impact on the region's tourism. The British scheme has brought over 16 million visitors to Cornwall since its opening in 2001 and generated £1.6 billion for the local economy.

Grimshaw Architects, the London firm behind the Eden Project, has signed a £100 million deal to design a similar scheme in Qingdao China

Over 63 million visitors are attracted to the area around Qingdao each year in part for its expansive beaches and the horticultural shows held at purpose-built venues including an aluminium-clad pavilion modelled on a flower by Dutch firm UNStudio and sprawling wetland structures by HHD_FUN. The China Eden project comes to the city, located on China's eastern coast midway between Shanghai and Beijing, at a time of significant redevelopment. Steven Holl is currently designing a complex of four museums, while a series of pint-glass-shaped tower blocks by RTA-Office are to provide new offices, apartments and leisure facilities for the city.

Eden Project co-founder Tim Smit, said: “We have been approached many times before to create Eden projects, but have always declined as we did not wish to copy Eden in Cornwall. But this opportunity is exciting because our partners share our view that we should build a project that builds on 4,000 years of Chinese relations with the environment and Eden's fresh approach to education.” Grimshaw partner Jolyon Brewis, added: “Grimshaw are delighted to continue our long relationship with The Eden Project. We are excited about the opportunity to develop the themes of Eden, and create the design for an entirely new destination. The stunning location for China Eden also has stupendous views of the whole city, and the project fits perfectly with Eden's key transformation and regeneration themes. It will also bring life to a currently sterile and derelict site.”

The Eden Project in Cornwall, which opened in 2001, has brought over 16 million visitors to the area since its opening in 2001

Grimshaw, who recently unveiled designs for a golden petal-shaped canopy over the entrance to Euston Station in London, will work on the Chinese project with BRE, the Buildings and Research Establishment. The four signatories of the China Qingdao Eden Project Cooperation Agreement Signing Ceremony are Eden Project Ltd, China Jinmao Holdings Limited, Qingdao High-tech Industrial Development Zone Administrative and Qingdao City Construction Investment Group. The contract was signed at the British ambassador’s residence in Beijing over the weekend in the presence of UK business secretary Sajid Javid. 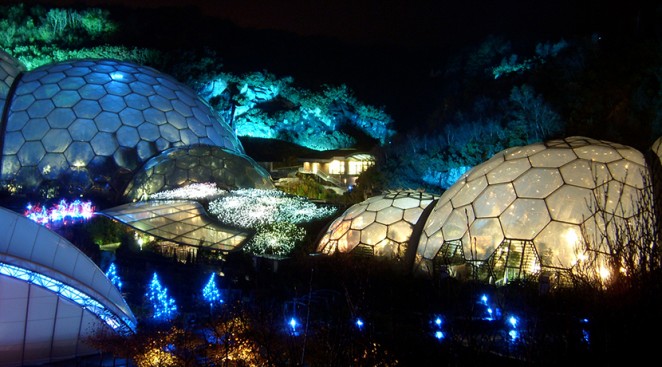