Grey tackles the tricky topic of Cyber Bullying for Norton 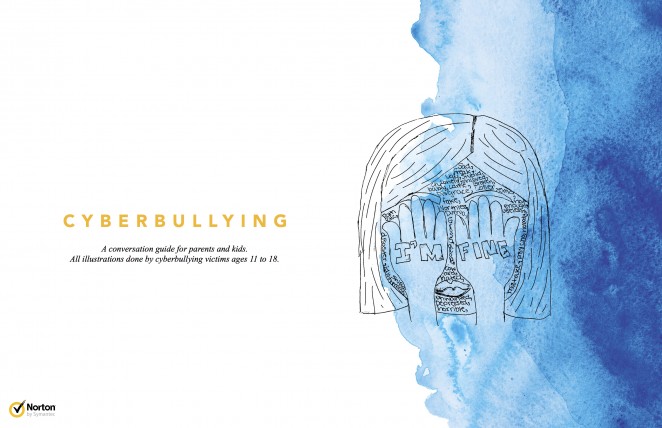 The film features raw accounts of real cyberbullying attacks told from the victims’ point of view, and breaks the silence of cyberbullying as the victims’ parents hear of the attacks for the first time. At the film’s conclusion, the audience is asked to continue the conversation on social media through #RaiseOurVoices wherever cyberbullying is encountered. October is National Bullying Prevention Month, but cyberbullying impacts families throughout the year. In fact, the 2015 Norton Cybersecurity Insights Report revealed that 27% of US parents felt their children were more likely to be bullied online than in the classroom.

Kathryn Kane, Senior Director of Global Brand and Campaigns at Norton by Symantec, said: “Cyberbullying has become prevalent in schools today, but it doesn’t stop there, it is affecting our children 24/7, and as a mother of two daughters, I am acutely aware of the magnitude of this issue. Norton by Symantec is the world’s leading consumer cyber security brand, and we want to use our leadership position to not only shed light on these very real and culturally-relevant topics, but also present people with solutions and a way to affect change. Inspiring parents to raise their voices is a simple solution that can have a massive impact.” Milan Martin, Grey San Francisco President, added: “Norton security solutions have protected people and their devices for decades. The old saying, ‘sticks and stones can break my bones but names can never hurt me,’ tragically, just isn’t true today. We couldn’t be more proud to help Norton address very real, very important issues in our world today.” 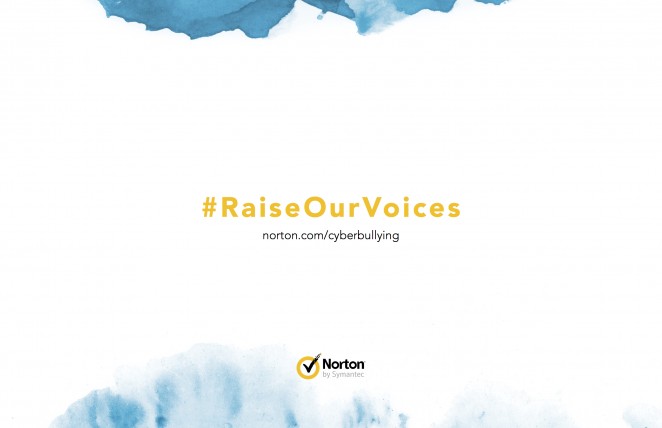 To help parents learn more about cyberbullying, Norton has also created an e-book (HERE), which offers an authentic look at cyberbullying, and features illustrations created by children aged 11 to 18 who have personally experienced cyberbullying. Also featured are tips to help parents recognise the signs of cyberbullying and a conversation guide to help parents start a related conversation with their children. Anti-bullying organisations such as PACER and Common Sense Media are also working with Norton to activate #RaiseOurVoices wherever kids go online. Norton is also actively engaging with victims and parents on social platforms to encourage them to raise their voices via video, pictures or text.