Langenscheidt is the biggest publishing house for foreign languages in Europe. However, printed dictionaries are increasingly being substituted with digital alternatives. The brand is facing this challenge head-on in a partnership with GREY Germany, which has led to the production of a browser plug-in that teaches people new languages subliminally whilst they browse the web. So yes, we're talking about subliminal learning, but the only reason subliminal anything is seen in a negative light is due to the FCC in North America banning the use of subliminal advertising. And that's, arguably, because it actually worked! 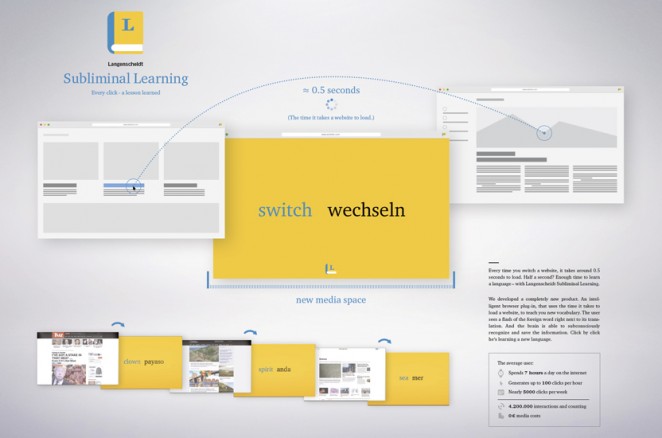 The plug-in uses the half a second it takes to load a new website. In this short space the software shows a single word in the language you want to learn, as well as a translation into your native language. Whilst the user doesn’t consciously notice this brief visual impulse, it is long enough for it to find its way into their subconscious and into their memory. Click by click it teaches the user a new vocabulary and language. Obviously we can't vouch for how well it works (at least not yet), but the scientific reasoning behind it is sound, Langenscheidt is a pretty legitimate brand (its been publishing bilingual dictionaries since the mid 19th century), and who doesn't love learning when it requires literally no effort!

The program uses an intelligent algorithm, which recognises the content related terms of whatever website you're viewing, and chooses vocabulary based on this context. The user can further tailor the product to their own needs by choosing between levels of difficulty, languages, and topics such as sports-related phrases or politics. Given younger people will, on average, generate at least 90 clicks per hour whilst browsing, they could be exposed to almost 700 new words a day! Honestly, this seems like an inspiring idea to us, as its actively turning the fact that so many young people today have notoriously short attention spans into a positive thing. 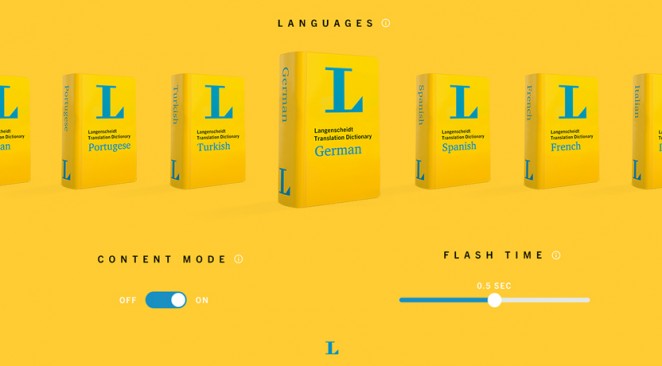 If you want to learn more, check out the video below. It might sound too good to be true, but don't knock it until you've tried it! We certainly intend on giving it a whirl!