Getting under the skin of creative renaissance man Al Gillies | #MemberSpotlight

Al Gillies is a creative that doesn’t try to pigeonhole himself. Indeed, he describes himself not only as a photographer but as a content manager and even radio presenter.

His photography work itself is just as eclectic as his skillset. Working under the name “Skiagraph”, for example, Al recently created a striking range of X-ray and thermal images, but his work also encompasses everything from traditional photography to graphic design work and everything in between.

Let’s get to know him a little better, shall we?

I got an early digital camera when travelling, experimented with that and a Mac and went back to college to study design. When I graduated, I found a job with an up and coming photographer near me in Kent, Nick Veasey. That was my first acquaintance with radiographic imaging. 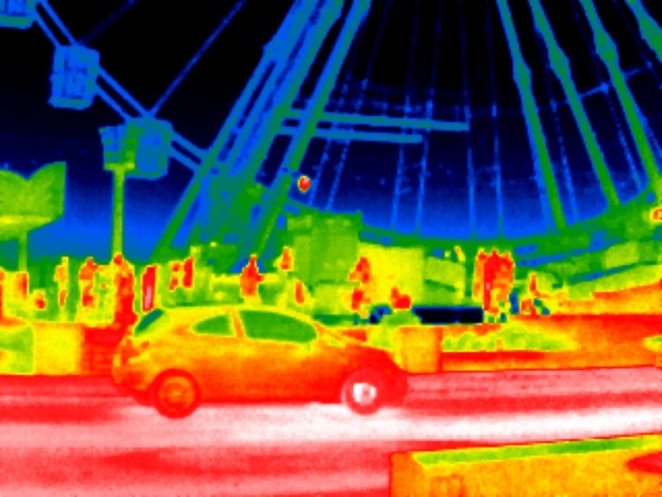 I’m based in Sussex now after spending too long chasing a photo career in London. I work in Content Design and Marketing for the day job and create interesting projects and commissions for the discerning client. I also create audio material for work on radio regularly.

After I left University in the 90’s I spent time writing for the radio with my mate from school. Despite some concerted efforts I think we maybe sold a single one-liner gag to BBC Radio 4. I decided it wasn’t going anywhere and moved abroad… a couple of years later he won the Perrier Comedy Award at the Edinburgh Festival.

So...recently things came full circle and the field I possibly could have worked in – Radio – I now dabble in and I guess I would be comfortable to be doing that every day. 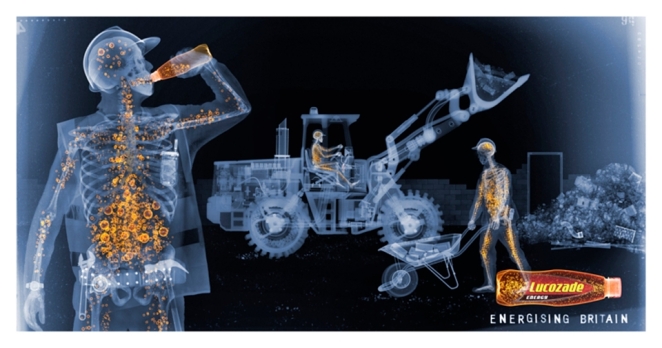 I am really interested in exposing things that are unseen – literally. Those areas of the electromagnetic spectrum that our human senses can’t perceive so, I work with Thermal, Infrared and X-ray imaging techniques.

The imaging equipment I use is primarily designed for scientific investigation, not for artistic enquiry but the technical tools are there for me to manipulate to aid interpretation of an external reality.

Ultimately when I capture imagery I either have a prior concept of what I want to achieve or I am just experimenting freely and can then later recontextualise from the experiments. Thermal is an area where I experiment a lot more: it is virtually costless compared to radiographic imaging which is potentially dangerous and always costly.

Well, I concede it can be quite stark which is jarring for some.  The usual shadows that visual light creates are mostly absent. I would not want to describe it as clinical though. I’d settle on investigative or explorative yet it’s also an intentionally playful style. 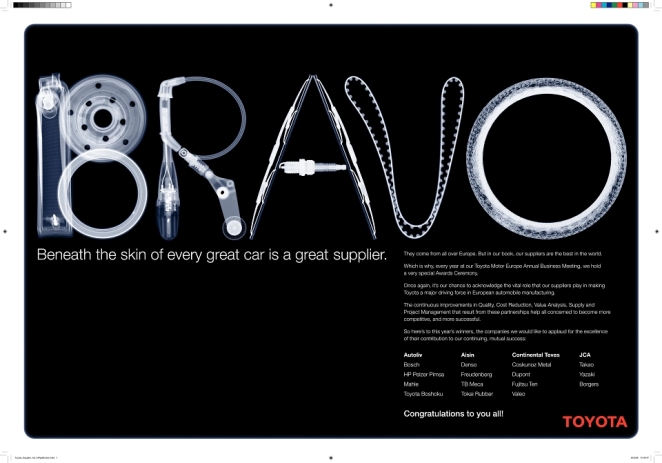 Robert Heinecken who described himself as a Paraphotographer or Photographist is someone who has inspired me by the way he looked at the mass-produced image and framed and recontextualised it. Particularly his focus with advertising imagery and reportage and news imagery. He anticipated the mass proliferation of suggestive and sexualised imagery.

I got hooked on photography when I was a skateboarder as a kid and saw incredible photos of sun-tanned Americans performing gravity-defying tricks so I am going to pick Glen E Friedman as my favourite exponent of those awesome, youthful photos and also for his stellar, inspirational work since the 1980’s in the underground music scene in the US.

In terms of X-ray photography there is a guy I used to represent as an Editor and have retouched some of his radiographs, Arie Van’t Riet.  He builds incredible X-ray tableaus of wildlife and he’s a from an academic, scientific background so maintains everything very precisely. He is also very affable and open to suggestions.

Work in the creative industries has been worryingly disparaged and diminished in the last few years in the UK which is just part of a ghastly and unacceptable prevailing climate.

So, I would say to those who aspire to earn from their creativity:  have conviction, stick to your guns, and emphasise that nearly all creativity comes from an initial analytic viewpoint. Often creative people analyse and comprehend problems deeply...then go improvise and create.

Don’t ever ignore the DIY attitude that Punk embodied. Always get paid for your contracted work unless for charity. You can also be creative in lots of jobs. If you are an artisan or a maker – online stores can be a nice little Bunsen burner. 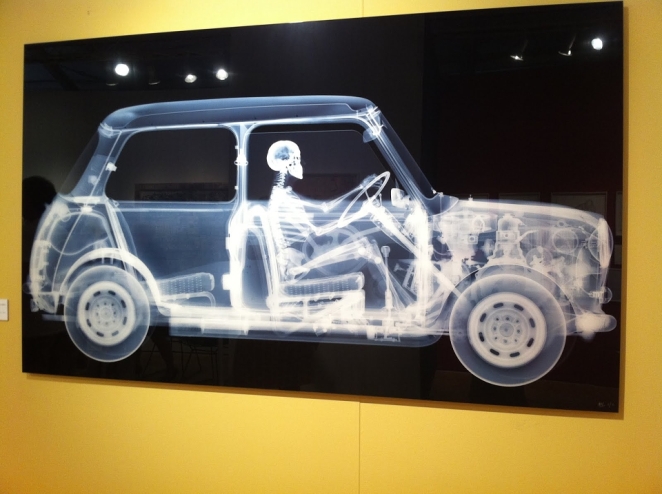 After the isolation of the pandemic, I have found that meeting people personally in exhibition, business or social settings has earned more work than through digital channels and online. Don’t drop your prices across the board just to compete – not with the current status quo.

More prevalent with my content management work is talking about the story or narrative of a brand and how it differentiates from competitors. Storytelling is a creative process that defines a product, service, or brand. Solid branding will bring you loyal clients.

Put new projects, even personal follies, online on sites like CP. I’ve had some great feedback on things that I have considered ephemeral doodles.

My thermal imaging camera and a Smartphone – I could get by with that and just a nice thick black pen and a ream of quality paper.

Well. this is the trickiest part of the creative mix, isn’t it?

I find a few hours in the countryside near my home is revelatory and inspiring. However, I am very concerned about notable changes in the local environment in recent years and have been inspired to make a difference.

I absolutely love fixing and tinkering with things and I am really content If I can make-do and mend.

Impishness inspires me a great deal. Impertinence and cheek. I try to point out the emperor has no clothes at every given opportunity. So British humour, taking the mick, cocking-a- snook.

An X-ray of my old Mini car (by Nick Veasey) which was a project that lasted for months was acquired by the V&A British Photography Collection to be held for posterity for all time...I did hours of repro and retouching on that image and the framed print will outlive me by some considerable stretch. 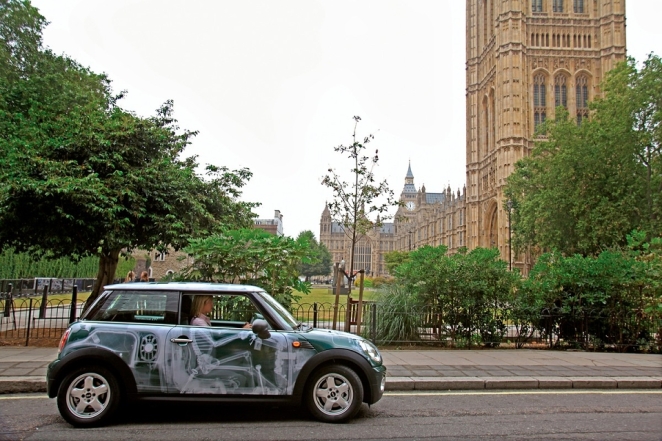 Social mobility in the arts and creative industries is falling away alarmingly. It’s an arena becoming the preserve of the upper middle-classes. Creative kids from all around these isles need a stake for the good of everyone.

I would also like to break down the structure which commercial photography has run on for aeons. It is archaic and feudal. A lot of the ‘Rock star’ photographers are like Dukes of their own little Kingdoms with assistants as courtiers.

There is a lack of career roles and development in the industry which is why a lot of people leave after a few years of largely being put upon. Recruitment in the sector is really skewed because there is often no need to advertise a big range of roles – the hidden job market my Careers Teacher used to call it.

Well, in the world of thermal photography, I’ve got to give props to Joseph Giacomin of Brunel University. https://pestudios.com/ He’s done a lot of interesting and spirited work with the format.

I like It’s Nice That because it genuinely seeks out the offbeat and avant garde without an agenda where people seem to have taken over to tout their wares on the platform. Ideas fire the curiosity on this site.  https://www.itsnicethat.com

Books – I am going to give plaudits to Martin Evening’s set of books on Photoshop as I just heard he passed away so sadly and prematurely. Way back, I learned so much technique from these books through his clear and patient tuition. They are part of Martin’s great legacy.