How do you make the jump from a car manufacturer to freelance filmmaking? Will Riddell, freelance director and producer, might know a thing or two about that.

Having worked for some years in APA production, Will set up his own company in 2017 to pursue a new roster of clients and projects, and not even the pandemic could make his enthusiasm falter. Sure, he may have struggled a bit in the beginning – and he certainly hopes that the creative industries will live to see a new day – but his passion for production and his extensive experience have few equals in the industry and are a testimony to his incredible creative drive.

And yet, what keeps Will moving ahead is not passion, love or desire for success; it is something way more primordial than that.

In this Member Spotlight, we are learning more about what it means to be a freelance director and producer, and why fear isn't always a bad thing for your creativity. 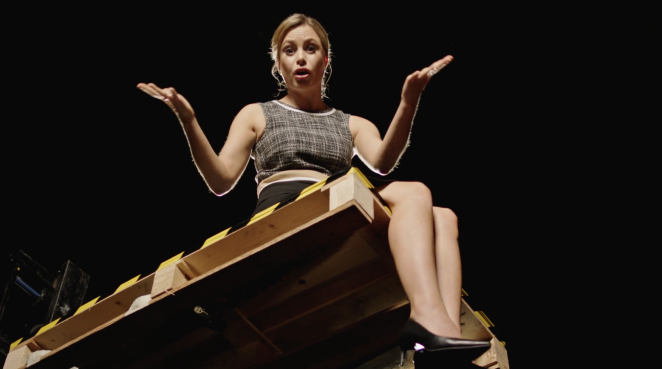 I was working as a finance temp at a car manufacturer in my early twenties but I had always made films with friends and wanted to work in a creative field. I started travelling up to London with my CV and knocked on the doors of Production companies. Some of my family worked in junior roles in small TV / Advertising production companies and I was able to pick their brains as to where to start looking. I began by looking at APA TV and Commercial production companies.

After a few months of searching I knocked on the door of Bare Films and a young guy, also called Will (Will Pike), gave me my first shot. He was moving up the ranks in the company and needed a replacement editor. The role was an in-house runner / editor. The idea was to cut directors showreels for pitch meetings so the new business lead could win the company / director more work.

Editing was my weakest skill at the time and I never lied so much in an interview. I’m sure he smelt that a mile off but he gave me the chance to learn the ropes and from there I worked as hard as I could. Additional unglamorous duties included opening up each morning, buying fresh fruit and flowers every day, making teas and coffees, running tapes around soho and occasionally helping directors design their treatments. This is where I got hooked on the idea of directing. 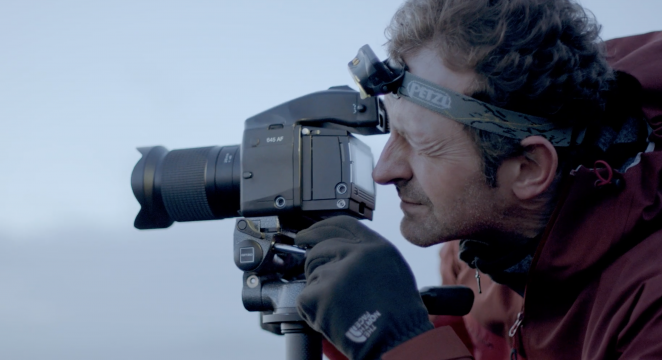 I work for myself as a freelance Director and Producer. After years in APA production companies and a brief stint as a freelance camera operator, I moved into agency videography. I worked at social agency 1000heads for close to four years as a creative writer, producer and director. This was my first opportunity to get stuck into all aspects of branded filmmaking.

I left to pursue my own projects in 2017, where I set up RIDDELL FILMS, building a new roster of clients and productions to work with. 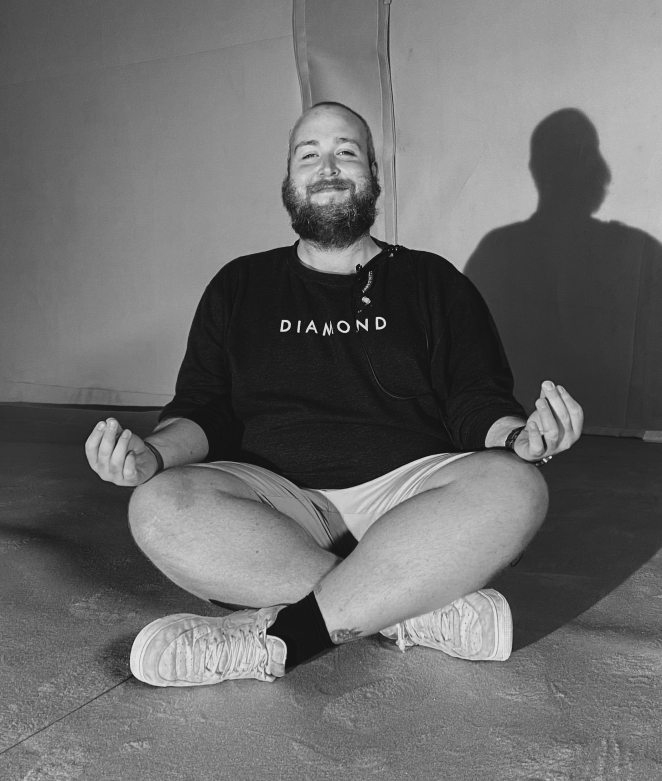 If I wasn’t producing films and content I’d hope to still use imagination and design in some capacity. If I was smarter I’d like to think I would have been an architect. Realistically, I’d work with flowers - probably floristry or landscaping. Or a butcher, I’ve got the build to be a butcher.

Research. Absorb. Steal, sparingly. Experiment. Collaborate. It’s all about surrounding yourself with a crew of people infinitely smarter and more skilled than you. And then credit them for any successes you may experience. 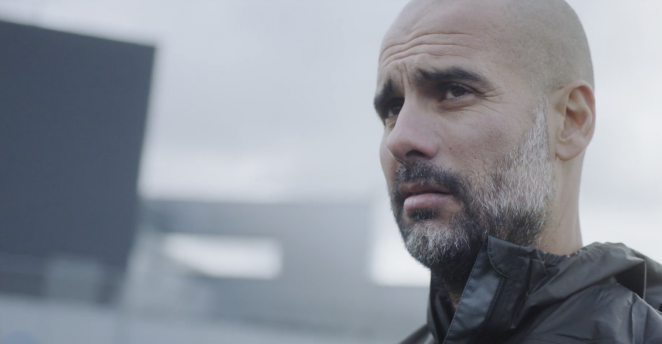 Technology changed the entire game for me. Access to the industry only became possible for me through the DSLR boom. In 2009-ish Canon stills cameras became  capable of shooting high resolution video. The high resolution output and compact setup allowed people like me - total amateur video creators - to film movies on affordable kit.

This coupled with YouTube has allowed anyone and everyone to use cameras and their imagination however they choose. Technology has exponentially increased access for all creators.

And it’s not just the camera equipment that allowed me to create films. Access to online tutorials, mentorships, community-based sharing, affordable software etc... the list goes on and on. 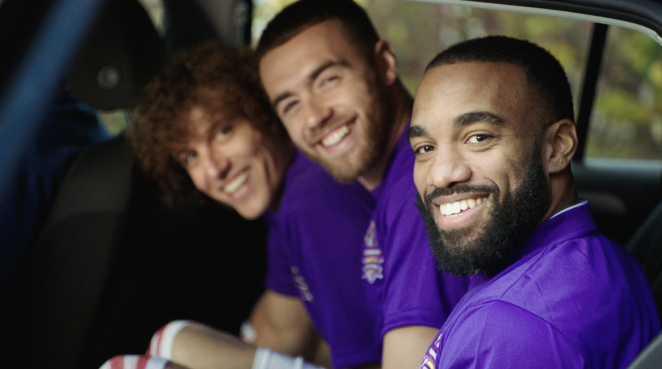 Honestly - fear. Fear I’ll get rusty. Or miss a chance, or miss an idea; Fear that I’ll perhaps never quite get ‘there’ (wherever there is) and that keeps me moving forward.

The reason behind the fear can change week to week but it is always there. Is that a good thing? 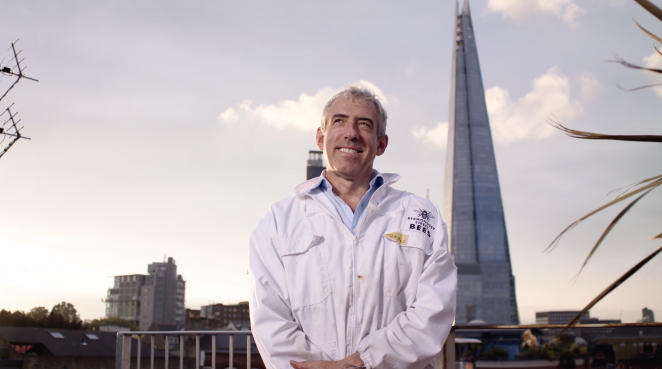 I don’t really have any awards for my work or any metrics to show how well a social campaign has performed, nor do I care for that stuff.

Honestly, I’m most proud of fact I just get to continue working in this field. I am so incredibly grateful I can work in a creative industry. I don’t think I’d make a great butcher.

It’s really important in 2020 we all check our values and principles. I am aware that my privilege got me in the door and as a result I want to work hard.

Walking the dog is the best way to start and end any day. It helps me to unplug and get my body moving. I quite enjoy wild foraging and so walking the dog is an excuse to go out and explore the countryside. 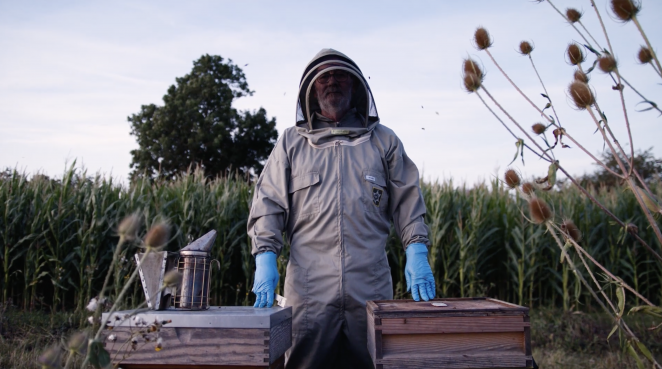 Yeeesh, in 2021 I don’t know. It’s super hard right now. We all know that the arts sector is suffering at the moment. And worse, hospitality is the sector all aspiring creatives work in while developing their craft. And with that sector suffering too it’s just a mess all round.
But there is hope. Being a self creator is easier than ever. Platforms like Instagram, TikTok and YouTube can all be used for you to self publish your creativity. So go out and make stuff. Learn stuff as you do it. Even if you have no physical mentors or internships or entry level jobs right now you can soak up expertise from online communities.

Oh, and don’t touch the fish. Make rice first and once you’ve mastered that, only then can you make sushi.

That they survive. All Arts need to survive in order for creative industries to survive. We can’t have brand studios and agencies continuing to create if there is no Ballet or Theatre or Galleries to inspire us. If there is no inspiration the work which will follow will be dire.

The best thing about production in commercials and content - and the thing I hope continues and grows - is the community of people who simply love making stuff. I have called on people to film long days, over weekends, for no money. I have had complete strangers lending me equipment at the drop of a hat because something has gone wrong while filming. These are the things I love about the community of creatives and I hope that generosity and kindness continues.

The self importance and ego we can all generate. The industry needs to just relax a bit. It can create monsters.