Food Trends 2017: How technology is shaping our future

Speaking at The Future of Food conference in Stockholm last week, Johan Rockström, professor of environmental science at Stockholm University, urged attendees to think about the implications of society’s next 10,000 years by focusing on what happens within the next 50. “Food is the deciding factor.” He told the conference. “Food is the primary cause behind loss of diversity, the largest user of fresh water, and it is responsible for 30% of all greenhouse gas emissions. If we get it right on food, we are likely to get it right for planet Earth.”

Take a moment to let that statement sink in, because the weight resting on Rockström’s words is considerable. We’re living at the intersection of a critical decision, to be determined by our immediate mealtime decisions. And one of the outcomes doesn’t bear thinking about.

Luckily there are a whirlwind of innovations pushing us towards an ever more sustainable food future, with conscious food consumption more of a talking point now than ever before. Here we look at what consumers can expect from the industry in 2017, as well as other food tech trends to watch out for. 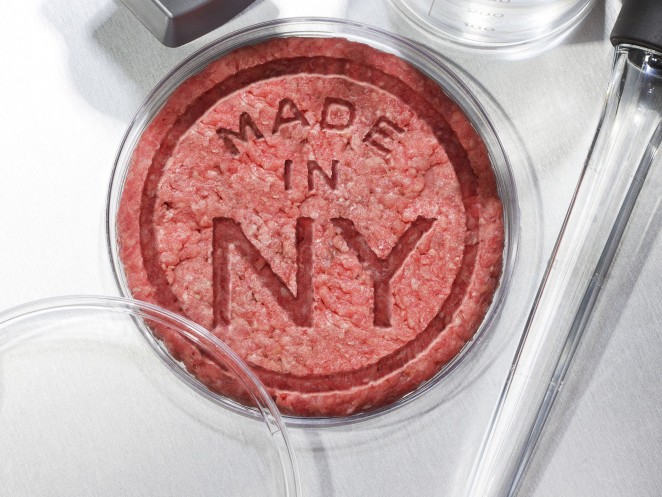 The food sustainability revolution will (of course) be technologised and startups are abuzz with monthly innovations to drive this change. Those such as The Food Assembly are connecting local farmers and food makers with consumers to allow them to buy their produce in an ethical marketplace, whilst ifoodbag tackles environmental waste with a composite packaging solution. Platforms such as such as Too Good to Go and Winnow are creating easy interfaces to help users manage their food waste and Modern Meadow uses bioprinting to grow meat and leather in labs. Scientists and entrepreneurs are putting the ideas out there and investors are taking note. Thankfully, the future of our food looks to be in safe hands… 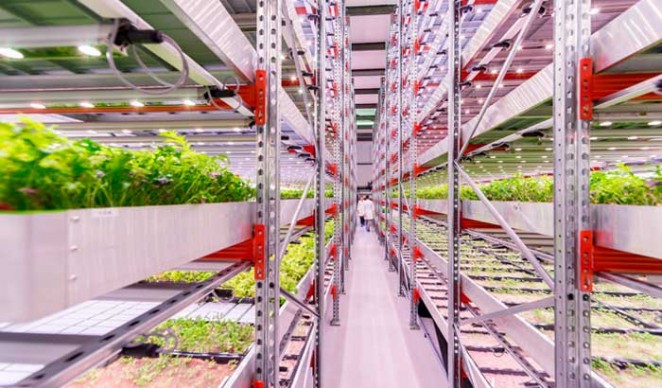 On-demand farming services are helping cities become self-sufficient in their food production whilst simultaneously eliminating waste and reducing their environmental impact. In London, the aquaponics enterprise, GrowUp Urban Farms, produces fish, salads and herbs in unused city spaces to sell wholesale. In Berlin, Infarm has implemented its hydroponics system in local supermarket stores. And last week we heard about Agrihood, a space which feeds 2000 people in America for free through a three-acre project which includes two acres of growing land as well as a fruit orchard with 200 trees.

In much urban farming the intensity of it means that crops grow quicker and require less water in the process. The aim now is to take the teachings of GrowUp, Infarm and Agrihood and put them to use in developing countries where food sources are entirely dependent on harsh climatic conditions. 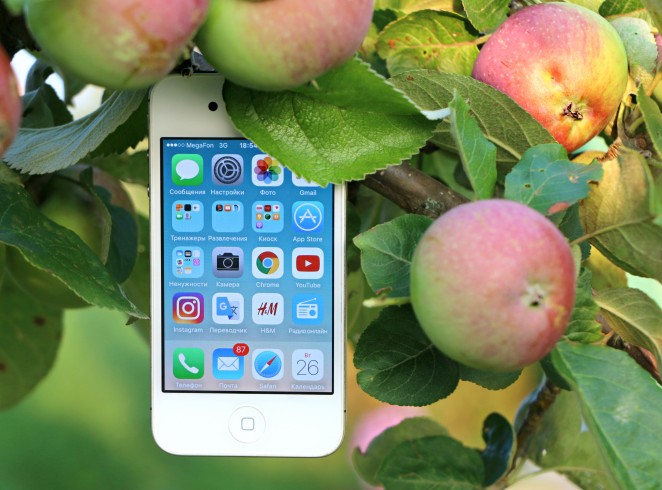 The Internet of Food

The global online grocery market is set to grow to €80B by 2018, but ironically, despite an online ordering and delivery infrastructure model with such rapid growth, the actual journey food has to go through from farm through to consumer is still slow and fraught with obstacles. To address this, many working within the industry are calling for an Uber-style redesign of existing systems, in order to provide a new way to connect customers and growers. Jennifer Goggin, co-founder and CEO of FarmersWeb explains how this would work: “Like Uber’s on-demand transportation model, this missing link could come from an online logistics platform that would allow farms to utilize existing transportation for their products— e.g. via a neighboring farm that is already making their own deliveries but has extra room their truck. A powerful and widely-used technology platform is key to making this vision a reality.”

It’s an area of expertise that’s growing - albeit slowly. But watch out for fresh innovations across the next year (especially those from Goggin’s own FarmersWeb platform). 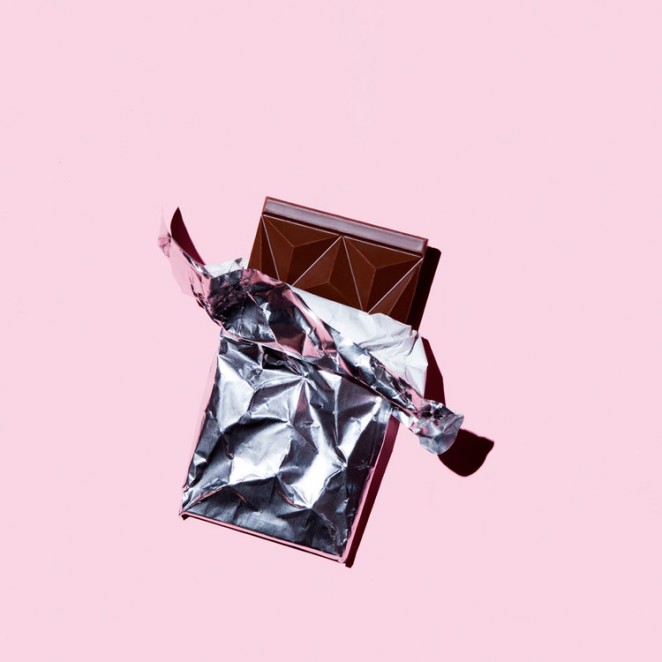 2017 is officially the year of the cannabis industry. If you want proof look no further than Pantone’s 2017 Colour of the Year, which was last week announced as ‘Greenery’. Cannabis edibles are taking up an increasingly giant’s portion of the industry’s growth, and this is one area to keep your eyes firmly on come January. With cannabis cookbooks, vodka, wine, crisps, water and more already on the market, brands are reaching for innovative tech solutions for cannabis extraction and manufacture to lure customers with innovations. Ones to watch include: chocolates (Defonce Chocolatier), online marketplaces (Mirth Provisions), coffee (K Cup coffee), and subscription boxes (Nug Run), as well as the AmeriCanna cannabis cafe which just landed $1 million in investment.

Research by Morgan Stanley conducted earlier this year, concluded that the food delivery industry is currently valued at $30B, but has a whopping $210B worth of potential to uncover in the years to come. It’s unsurprising then that everyone wanted a share of the delivery action in 2016, including Facebook which launched its Delivery button in the summer and the Google Maps update which allows users to place local delivery orders using services such as Seamless and Grubhub.

So what does 2017’s food delivery look like? Well, a bit bizarre frankly… Delivery by drone is still very much in its testing phase but nonetheless, a thing. In New Zealand you can expect your Domino’s pizza to arrive this way and rumour has it Google is getting in on the action, testing Chipotle burrito delivery by drone at the Virginia Tech campus. In Singapore, Foodpanda is testing drones in an aim to reduce delivery times. Eventually it intends to expand the concept across markets including Singapore, Malaysia, Hong Kong, India, and Thailand.

Meanwhile in London, food delivery robots are already roaming the streets, delivering restaurant meals for ten JustEat pilot restaurants. The bots have cameras fitted and require a code to access their contents. If successful the company plans roll out more in 2017. 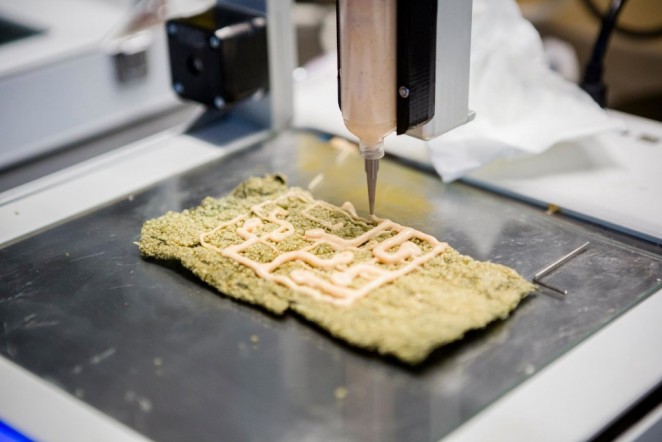 Performance dining or ‘neurogastronomy’ is the growing trend hinged on the belief that experience and information should be combined to forge new relationships between people, materials and eating. In the past this manifested itself in elaborately-staged half-dinner, half-theatre set ups. But in the future, gastronomy will increasingly use technology to provide customers with data-based services and emotional experiences beyond the initial taste of food and drinks. In Asia, robotic chefs and waiters save on staff wages and a San Francisco-based chain of restaurants called Momentum uses a robo-cook.

The real area to watch here is 3D-dining though. Food Ink are one brand running some of the first 3D dining pop-ups around Europe at the moment. Self-described as a “conceptual pop-up dinner series where fine cuisine meets art, philosophy, and tomorrow’s technologies”, guests are invited to sit at 3D-printed chairs and tables before a seven-course menu is printed with a robotic arm, right in front of their eyes. Food Ink hopes to “serve as a platform for a public conversation about how these emerging technologies are rapidly challenging and changing the way we eat, create, share, and live.”

No matter how you feel about some of the above (especially the robots), these are food tech innovations that will continue to grow in 2017. Eat well, and watch out for the drones...