For this weeks behind the idea feature, we’re turning back the clock to Halloween last year when Fanta took over Piccadilly Circus with a unique and scarily silly Halloween experience that made the public the star of their own horror film on the biggest screen in Europe.

By daring to enter the #FantaSpookBooth below, the “victims” expected to take a fun Halloween picture, but instead, they found themselves immersed in a dusty haunted house. Full of ghoulish actors lying in wait, ready to leap out just as their picture was taken. The scared reactions were captured and shared in real time on the big screen.

To learn more, we spoke to Phil Siegle, Creative Director, Wunderman Thompson UK, part of the OpenX team from WPP.

The Coca-Cola Company’s brand Fanta have been focusing on Halloween for the past two years. Using silly jump scares as their core thought for activations. And we were tasked for 2022 with amplifying their positioning.

Making them the product at the heart of the spooky season. The aim was to drive playful engagement and continue to scare the public silly but now on one of the most iconic advertising screens in Europe – Piccadilly Circus. 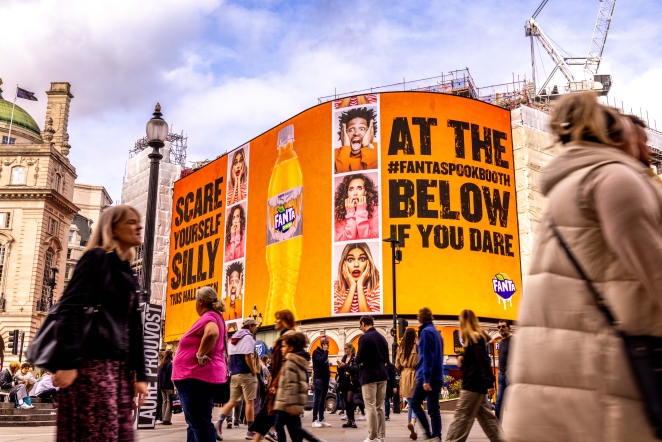 These kinds of dream briefs only land on your desk once in a lifetime. But we quickly switched our dream like state to nightmares. Figuring out the best ways to scare the public at one of the most famous London landmarks.

And making people jump is actually harder than you think, you try and avoid the Halloween clichés but also not give anyone a genuine heart attack. Brainstorming was an interesting but fun challenge.

We didn’t just want to make another billboard, we wanted to stand out and create a bigger experience. We had an idea on the table which focused on photography and UGC for the big screen.

But then it came to light that the shop under the Piccadilly Lights was vacant. More importantly, it was available for us to use for the Halloween weekend. And with that the #FantaSpookBooth was born.

The wicked creative minds behind the idea, Conor Williams-Daly and Alexandra Binding, dared the public to enter the booth and those who did, expected to take a fun Halloween picture.

However instead, they found themselves immersed in a dusty haunted house. Full of ghoulish actors lying in wait, ready to jump out just as their picture was taken. The scared reactions were captured and shared in real time on the big screen. Pure evil that. 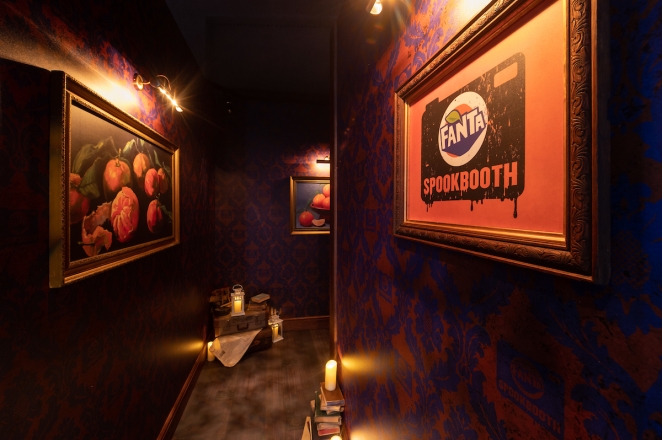 Considering we had no time; the production process went scarily well. (Sorry). Working closely with our Wunderman Thompson Live team, the landowners Landsec and the Ocean Outdoor team who look after the Piccadilly Lights.

We created an amazing immersive experience in weeks. Which had so much detail too. From branded wallpaper to bespoke scary sound effects to really spook the public as they had their photo taken.

The biggest challenge was once we had the snaps of the public’s scared reactions, it was getting them into the pre-existing animations, rendered and supplied to Ocean Outdoor to go on the big screen.

And across three different screen types…it just takes time. But with a strong team around us, we got images on to the big screen in relatively no time at all. 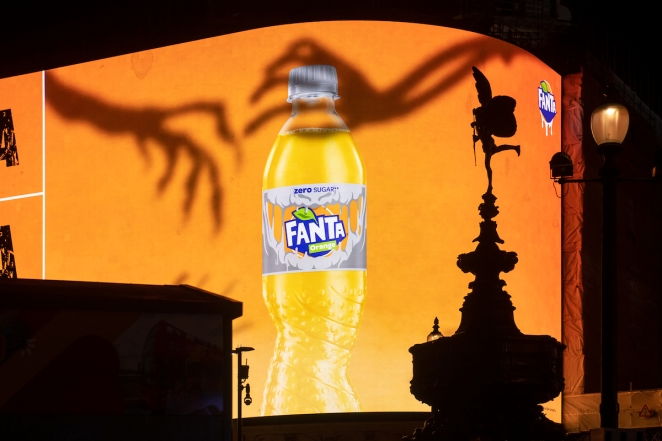 From orange oil paintings on the walls, terrifying make up for the actors to even a giant photobooth style camera that any influencer would be proud to own. There was a number of things that collectively enhanced this project.

It was funny to see people you wouldn’t expect, get scared the easiest. We found that the those who acted the toughest in the queue and seemed not that bothered when entering the experience…left terrified.

Think Fanta’s target audience of 16 to 24-year-olds, with various lockdowns, well… they haven’t been able to experience the playful side of Halloween properly these past few years. It may seem like a little thing, but bringing fun experiences like this back to people who have missed it the most. It can make a massive difference.

It took about four weeks from inception to delivery. 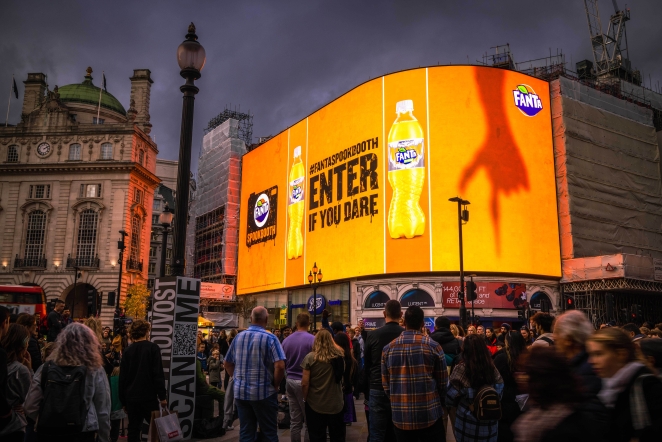 I hope that it continues to solidify Fanta as the fun Halloween brand.  And opens the doors to even bigger and more playful activations in the future.

Wunderman Thompson UK, part of the OpenX team from WPP