Maybe it's the fact that he works as a creative lead for the National Theatre. But the capacity of Jamie Isbell to capture the moment, wrapping entire stories and characters within one frame, is absolutely incredible.

Jamie has had the chance to work with a number of artists from the industry, and it really shows. When he's not growing veg or cycling, Jamie is busy crafting great stories for whoever wants to hear them, well conscious that seeing a brief to completion is one of the most satisfying feelings of all.

For this Member Spotlight, we are learning more about the story and career of a talented creative lead, as we get quite envious to learn that he was also able to meet (and work with) Bryan Cranston along the way. After graduating from a Film BA I initially began running and junior assisting for a few different advertising production companies and on music video and promo shoots, but quite early on I started shooting my own projects with artists. Things journeyed on from there. I’m based in London and currently work as Creative Lead in the Content Production Studio at the National Theatre. We’re a team of creatives, editors, producers and production managers who make all the filmed content for the organisation. 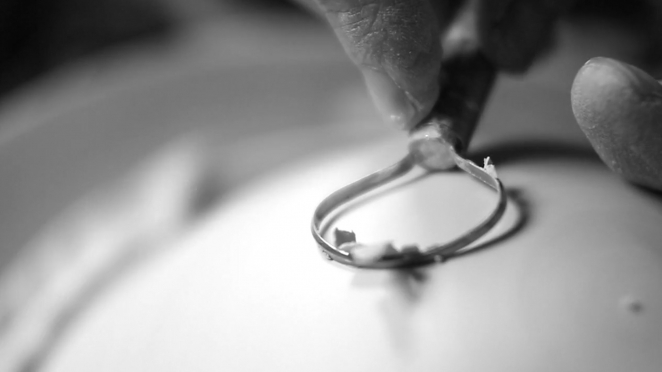 Either growing veg, doing up bicycles or restoring cars - the first two being what I generally do outside of work anyway so I’ve lucked out. In the development of ideas it’s usually to air whatever I can and pick out what doesn’t get shot down, then build up something with that. Story and message then sit pretty centrally going forward along with identifying the aesthetic look of the idea and usually how to achieve that with a small budget. Shooting video and stills is what I’ve done for the longest so I tend to go very visual, rather than scripting. Completely - a borrowed Canon 5DII made me want to shoot video, it was amazing that it didn’t look like dull DV footage. Nowadays, it’s of course important to be in control of the optics and camera systems you work with but most of them are so good now that a cheaper option doesn’t feel like much of a compromise anymore. Into Post-Production I feel a world away from the boredom of wrangling old versions of Final Cut Pro, Adobe is a very comfortable place to do creative work and now I’ve also trained in Resolve it feels like the whole process comes full circle. I love the projects I’ve been lucky enough to lead with virtually no time and very little crew - a teaser we shot for Network at the National Theatre with Bryan Cranston was done in a small warehouse on the edge of a set for a film he was shooting, we had him for about 45 minutes including wardrobe and make-up, so it felt like a fun challenge to try and wrap with confidence but we did and it was a laugh. I’ve also worked on some really interesting projects with museums, trying to bring to life static objects is fascinating. Generally I’m very grateful to be able to make work, whoever it’s for, seeing a brief realised is always a good feeling. Cycle wherever and for as long as I can!

Nothing that useful, but I think it’s important to make stuff as regularly as you can - I think activity is confidence, regardless of whether it's a passion project or a commission. And thankfully now it’s so much easier to collaborate with other practitioners from across the industry. That young talent from across the planet continue to come at it with ferocious skill and original ideas and keep the big bosses chasing at their heels.