Bring Chill to the Nation showcases how insurance can make life less stressful by giving people the confidence to make big life decisions without worry. Moving home, buying a car, starting a family - the new creative strategy is focused on giving the nation the reassurance and chill to enjoy their next leap in life.

The innovative new creative platform features a musical twist on the familiar ‘Oh Yes’ strapline. It highlights how Churchill understands the real moments of stress in the lives of hard-working British families better than ever before, to deliver a customer-first insurance experience.

To gain more insight into the creative, we caught up with the Saatchi team to go behind the idea.

Churchill is an iconic and beloved British brand, but in the fast and fierce market of insurance it had started to lose its edge. The brand was at risk of becoming famous for its past, rather than known and loved for the chill it brings to the nation today.

So our brief was to pave a meaningful connection between modern Britain and the dependable Churchill brand that truly understands the ups and downs of real life.

Churchill wanted to evolve the positioning of Chill that the brand had developed in recent years. So we began with the insight that insurance doesn’t need to just be something you use when things go wrong.

Insurance that lets you chill is all about feeling positive and reassured in the moments when your life is moving forward, like moving home or buying a car. These moments, which we called Leaps, became an integral part of the way we planned to Bring Chill to the Nation. 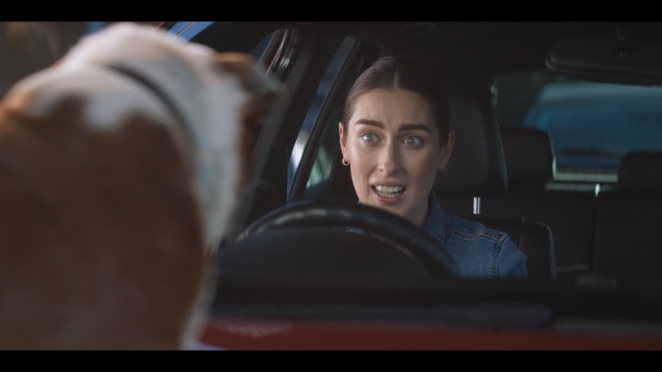 Life leaps are scary, we knew we had to show Churchill playing a clear role in bringing chill to these moments and we needed to do it in a memorable way. The ‘Chillscape’ was born. We wanted to visualise that feeling of having your stresses and anxieties melt away, like being transported to a brighter, chiller world.

So we built that world for real - the Chillscape: a tranquil escape from the pressures of life that lets you enjoy the leap you’re about to take. Churchie, the brand’s lovable dog, was brought to life in full CGI leaping through this new, chilled world.

But it was also important that we focused on the real people Churchill serves. So, in a first for the brand, we cast real people and made them the focus of the campaign.

It was quite a challenge building a  ‘chillscape’ in the real world, this was important to our ambition of it feeling visually fresh and not just another CGi world that we see too often in advertising. So, the works began, countless rounds of ‘chillscape’ concept art, set build debates and lighting tests, all worth it in the end.

Creating the “chillscape” - everyone visualised it differently. We found that one person’s perception of chill is different to the next. 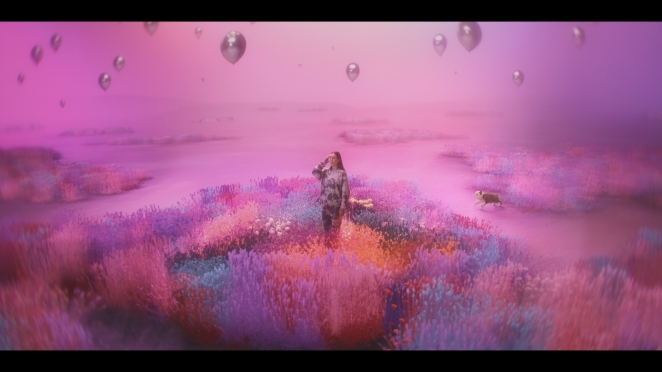 We stuck to our guns throughout the production process that the chillscape must be real. This meant our tenacious production team, had to stick 435,000 dried flowers into place the night before the shoot. Bravo team.

“Enjoy the leap”. We want people to understand that insurance can be more than a service you need “in case of emergencies”, it can be a safety net that gives people the confidence to take that big next step in life, and do something scary and exciting.

Building a CGI dog that looks that real, takes an incredible level of craft, so long.

Our goal? Chill out the entire nation. Using a very cute, very iconic dog and a surreal chillscape. People love Churchill, it has a strong legacy of great advertising, and we want this next evolution to build on that history.

Also - it’s a dog floating about in suspended gravity, it’s adorable, and at the end of the day we just want people to crack a smile when they see it. 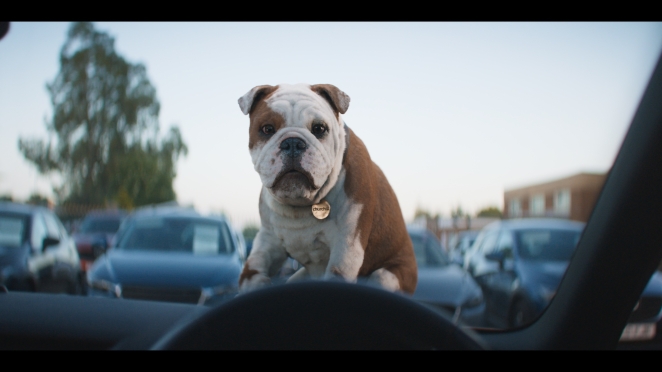