Emma-Kate Dobbin, the former head of social media retail at Telstra, has been named as the new social content director at M&C Saatchi's Sydney office. Dobbin is not only an experienced social content strategist, but is also an award-winning journalist, blogger, author and commentator. These are all skills she'll be drawing on when she take the reigns of the M&C Saatchi Group’s expanded social content and brand journalism capabilities. She is the latest catch in a long line of experienced talent heading to M&C Saatchi, which includes the recent appointments of Droga5's Justin Graham as chief strategy officer, The Monkey's Ben Cooper as group innovation director, and Amir Mireskandari from Leo Burnett as group operations director.

Dobbin is not only an experienced social content strategist, but is also an award-winning journalist, blogger, author and commentator

Prior to joining Telstra, Dobbin worked for numerous publishers and agencies, running social content teams for Michele Bridges, 12WBT and SBS for its hit series ‘Go Back To Where You Came From’. She also found the time to setup her own agency, Social Heart Media, which has serviced the likes of News Digital Media and CommBank. Her journalistic career flourished in 2004 when she joined the Sydney Morning Herald as a trends, travel and entertainment writer, and continued to progress in 2010, when she moved across to News Limited to drive its online push as Australian Launch Editor for AskMen.Com. 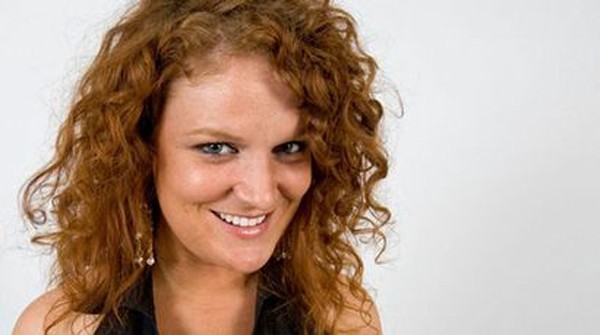 Dobbin also ran a successful blog on News.com.au entitled “Women On Men,” which discussed mens issues through the eyes of a woman. The blog built a weekly readership of 80,000, which eventually led to a publishing deal to in UK. Other roles she's held throughout her illustrious career include publisher at Travel Zoo and content lead at Publicis Mojo working with the likes of LG and Virgin. Alongside these achievements, Dobbin is also a regular guest on the Seven Network, Australia's second commercial free-to-air television network, where she is the social media commentator for the channel's Morning Show and afternoon panel show, The Daily Edition.

Jaimes Leggett, M&C Saatchi's CEO, believes that Dobbin's “Skills, experience, energy and contacts make her the perfect person” for the role. He says that ensuring they “Leverage the opportunities for brands to have cut through in real-time media” is a vital part of the agency's business, and believes there is nobody better suited than Dobbin to follow this mandate. She will also be working closely with Ben Cooper, the agency's group innovation director, who feels that Dobbin brings with her years of valuable experience in brand journalism, which is “Vital in the maturing world of social media.” He believes Dobbin will equip the agency “With insight-led storytelling that flows with the media behaviour of the user.” Dobbin says that it's “Great to be a part” of M&C Saatchi, and that she can't wait to start creating “Conversations and content to grow communities” for their brand. She also adds that what really excites her about the agency is their “Bold vision, fast being brought to life by some of the most talented people in the market.”

Benjamin Hiorns is a freelance writer and musician from Kidderminster in the UK who is genuinely tickled by how close 'Dobbin' is to 'Dobby' (it doesn't take much).