Budget airline EasyJet has pulled off a dramatic turnaround in recent months, with passenger numbers up 4.1% to 14.9 million around the tail end of last year, with revenue per seat increased by 3.7% in kind and shares hitting an all-time high. A record number of seats have also been sold to business travellers recently, which CEO Carolyn McCall attributes (at least in part) to the “Business Sense” ad campaign it launched last year. The campaign was based around a delightful spot featuring “House” star Hugh Laurie as the giant, neurotic rabbit from Disney's Alice in Wonderland (complete with pocket watch), who is shown calmly checking into his EasyJet flight as passengers around him scramble to make it to their gates on time. It aims to underline the fact (repeated by Laurie onscreen) that EasyJet were more punctual across Europe last year than British Airways.

The VCCP campaign was based around a delightful spot featuring Hugh Laurie as a giant, neurotic rabbit 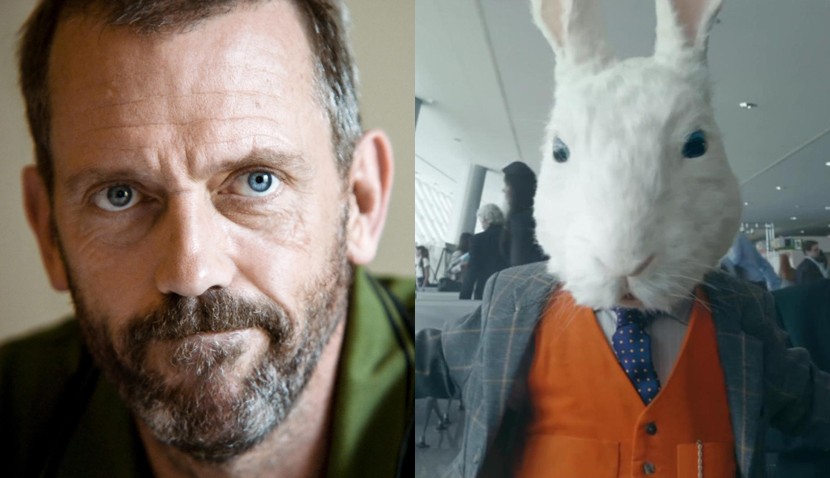 Total revenue for the company was up £34 million, which has led EasyJet to predict losses for the first half of 2015 between £10 million and £30 million, a pittance compared to the £53 million it lost in the first half of 2014. This marks a dramatic turnaround for the airline, which many assumed was on the ropes. McCall openly admitted that the turnaround, specifically the increase in business passengers, had been catalysed by the £8.5 million campaign, which was developed by VCCP and kicked off in September last year. The campaign marked the first time EasyJet had launched a fully integrated campaign aimed at business travellers, and the spot was also backed by a print campaign that uses witty illustrations to showcase some of the key services offered for business travel.

McCall did say, however, that the company's own business sense also played a sizeable role in their recent successes. She said; “We further strengthened our network in the quarter adding around 500,000 seats, the majority of which are from airports where EasyJet has a number one or number two position.” She feels that these additional seats, combined with the VCCP campaign, allowed “EasyJet to sell record numbers of seats to business travellers in the first quarter.” She added that, whilst the business travel sector has proven a lucrative one for the brand, they will continue to work to their primary strategy of “Making travel easy and affordable.”

It's worth noting that the recent falling oil prices will undoubtedly also have an impact on EasyJet's numbers in the near future, with the company vowing to pass their own savings onto consumers, which will hopefully lead to increased passenger numbers. That's not to say the bunny ad hasn't helped though, in fact we can't get enough of that adorable little fluffball!