Dyslexia can be a daily inconvenience for the dyslexic. But it can also be a gift. This is what a new Designjunction exhibition opening in September is trying to prove by exploring the work of dyslexic designers, and presenting dyslexia as an alternative way of thinking rather than a health condition. The Dyslexic Design exhibition will show the work of designers with dyslexia from disciplines including product, fashion, illustration, home décor and fine art, such as Sebastian Bergne, Kristjana S Williams, Terence Woodgate and Tina Crawford. It aims to explore the connection between dyslexia and the creative industries by looking at the positives as well as the challenges that can come from working with dyslexia. This exhibition also marks the first time that many of the designers are 'coming out' publicly as dyslexic.

“Dyslexia is something that drives and inspires creative thought and design” 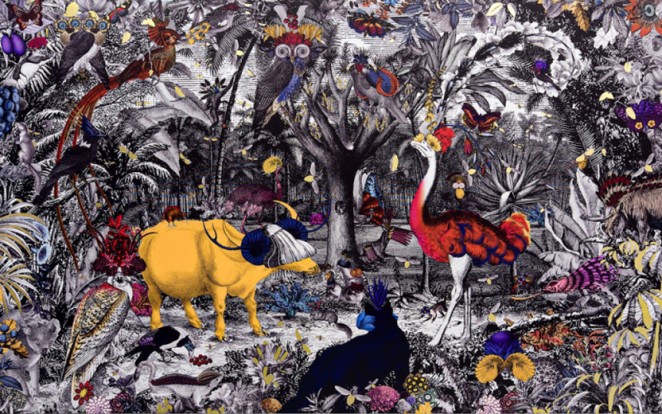 The exhibition’s main goal is to remove the stigma of dyslexia, and instead reveal how it can actually be a positive condition. For example, it will look at how dyslexia affects a person’s lateral and visual thinking, and therefore creativity, and how the different way dyslexic people learn and process their thoughts can lead to unusual three-dimensional thinking. Debates will also take place in the exhibition space, around how dyslexia is perceived in design education, whether it should no longer be classed as a disability and seen rather as an alternative brain structure, and how it affects a person’s lateral and visual thinking. The idea is to promote how the work of dyslexic designer is enriched with the unexpected, and made possible by the unique thinking of a dyslexic mind. 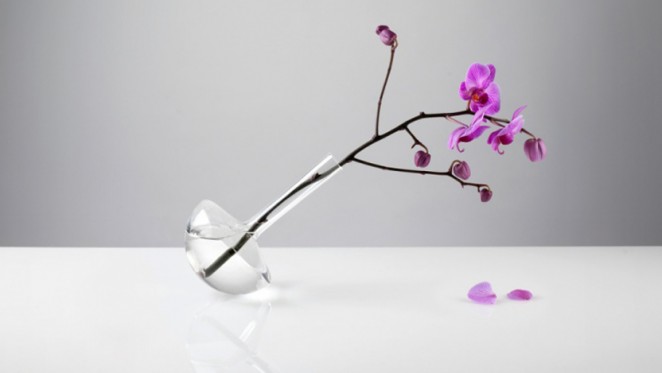 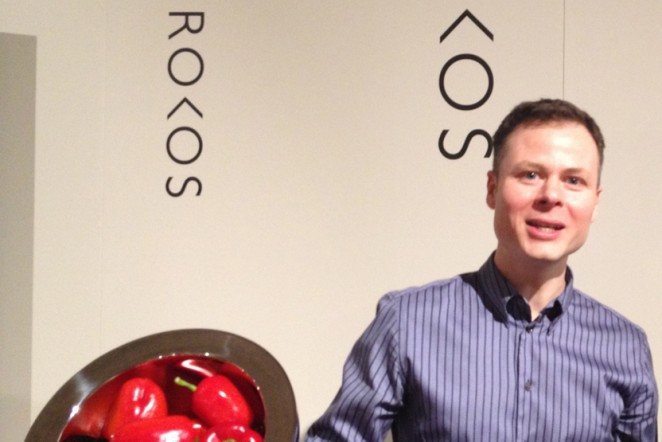 The exhibition’s founder, and one of the exhibitors, Jim Rokos, said: “It is my belief that I am able to design the way I do, because of my dyslexia and not despite it. I want to remove the unwanted and unwarranted stigma sometimes associated with dyslexia and in doing so change perceptions of it. We believe dyslexia is something that drives and inspires creative thought and design.” Deborah Spencer, Designjunction’s Managing Director, adds: “This is a subject matter very close to my heart. I had dyslexia growing up which led me down the path of art and design. In some respects this has defined me as a person. It is my pleasure to support this project.”

“I am able to design the way I do, because of my dyslexia and not despite it” 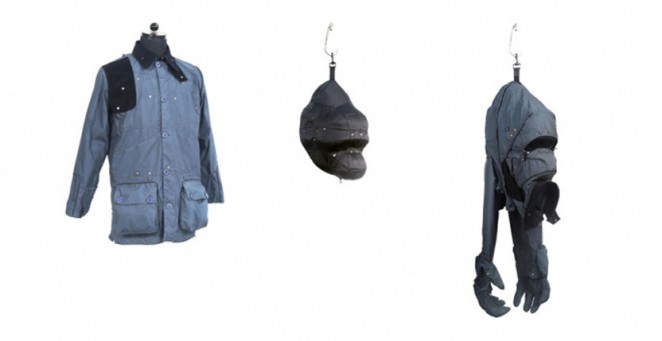 The uniquely fractured Dyslexic Design logo, meanwhile, is made in a font designed by Daniel Britton, who said of his thought processes behind the design: “What this typeface does is break down the reading time of a non-dyslexic down to the speed of a dyslexic. I wanted to make non-Dyslexic people understand what it is like to read with the condition and to recreate the frustration and embarrassment of reading everyday text and then in turn to create a better understanding of the condition.” 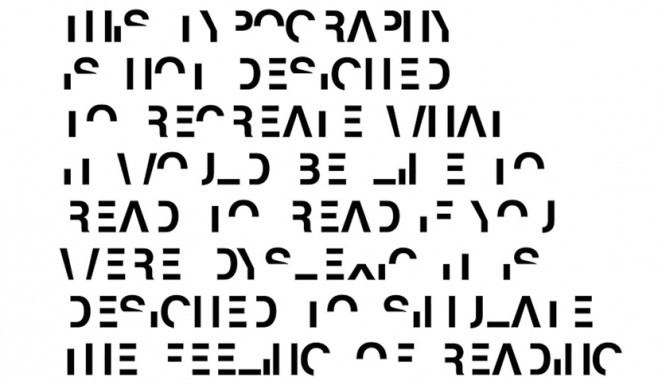 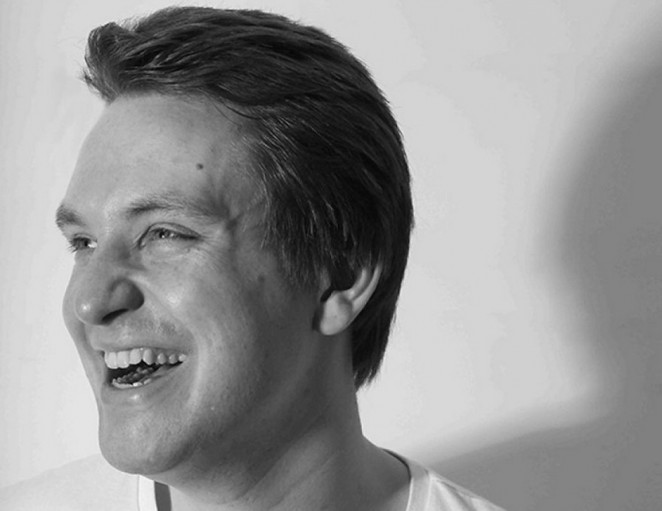 Dyslexic Design takes place on the 17-25 September, as part of Designjunction, which runs from 22-25 September 2016. Tickets to Designjunction are £12 in advance or £15 on the door, and will grant access to the dyslexia exhibition. A percentage of ticket sales will be donated to the British Dyslexia Association. Designjunction, now in its sixth year, is part of the London Design Festival, and takes place at a new venue in King’s Cross this year, based around the theme of “Immersed in Design.”

There are other dyslexics designers out there?

This is how we feel everyday, isolated in a room full of people, not just us dyslexic designers, but I believe most dyslexics in general terms! We do feel we contribute in a way that conveys things from a different standpoint, not necessarily better, though in many instances this can be true, but certainly if we can make you think about or consider something in a different and positive way that in itself is our goal and gift to others.

Please to see more and positive exposure of dyslexics and our associated skill set. For me, the reward of doing or presenting something differently and a non-dyslexic getting it, outweighs the negative aspects of dyslexia and prejujice. Jon Filer - Creative designer.

May your God bless the auto spell checker!