Imagine if The Mighty Boosh had violent, unprotected sex with Sesame Street. The resultant offspring probably wouldn't be too far removed from the wonderfully bizarre “Don't Hug Me I'm Scared” series. I first stumbled upon the first twisted sketch at Banksy's Dismaland earlier this year as part of an alternative outdoor cinematic showcase that also included footage of a teddy bear being dissected and a cartoon featuring members of ISIS shooting down Dumbo. So you get the idea. 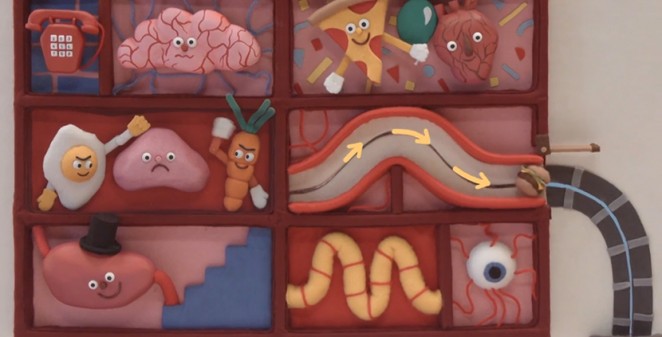 The series was funded by a Kickstarter campaign that raised £104,905 from 3,540 backers, and eventually aims to feature 6 episodes, each covering a different “Subject of life.” So far they team has covered some pretty serious topics such as “Creativity” and “Time,” and now, they've turned their attentions towards healthy eating. The press release for the video follows as such: “A study recently published by Dr Chip Bushman MD suggests that over 98% of all peoples of Earth are now, or may be in the future, officially classed as unhealthy. The time has come to make a stand. Lucky then that cult internet megahit Don’t Hug Me I’m Scared is back to solve every problem in the world.” Needless to say, there is no Dr Chip Bushman, and if you value your sanity then stop reading now, but if you lost that debilitating crutch long ago (much like myself) then carry on, but don't say I didn't warn you.

Take a trio of cuddly puppets in an environment that screams “Early 90's kids television,” add a dose of satire and a heap of surrealism and leave to simmer

The basic premise of the spots by Becky and Joe (animators Becky Sloan and Joseph Pelling) is as follows: Take a trio of cuddly puppets in an environment that screams “Early 90's kids television,” add a dose of satire and a heap of surrealism and leave to simmer until the whole fucking thing boils over and stains the bottom of the pan a nice, thick black. Of course, it's not the first time that the patronising tweeness of children's TV has been satirised in such a way (see the woefully underrated cult MTV series “Wonder Showzen” for proof), but it's not the subject matter that makes these films so strangely alluring, it's the strikingly imaginative set and character design and the underlying Britishness of it all.

The fifth video in the series was released this week, following on from the technology-focused fourth instalment, which debuted back in March (the team has stated that from this point on, a new video will be uploaded every three months). This time, the trio (or make that duo, as the red spaghetti monster is noticeably absent this time around) 'learn' from a talking steak that white sauce and aspic are good and fruit, vegetables (or “Soil foods”) and eggs are bad. So don't show this to your kids if you seriously value their wellbeing. To say anymore would ruin the experience of sitting through this nightmarish fever dream of an animated short for the first time, but I will say that it climaxes with one of the central characters on an operating table having his (incredibly realistic) organs liberated and consumed by a slice of pie.

The fifth video in the series sees the trio 'learn' from a talking steak that white sauce and aspic are good and fruit, vegetables (or “Soil foods”) and eggs are bad

As well as creating their supremely successful flagship series (the previous four episodes jointly amassed over 60 million views on YouTube and gathered a legion of devoted followers across the globe), Becky and Joe have also created music videos (for Australian psychedelic rock band Tame Impala) and advertising campaigns for Transport for London and Selfridges. The duo are represented by Blinkink, so if you're interested in hiring them (and why wouldn't you be?) you know where to look! Also, if you wish to donate towards the series (there's still one final episode to go) you can still purchase a limited edition shirt or posted from the Kickstarter page. So what are you waiting for? 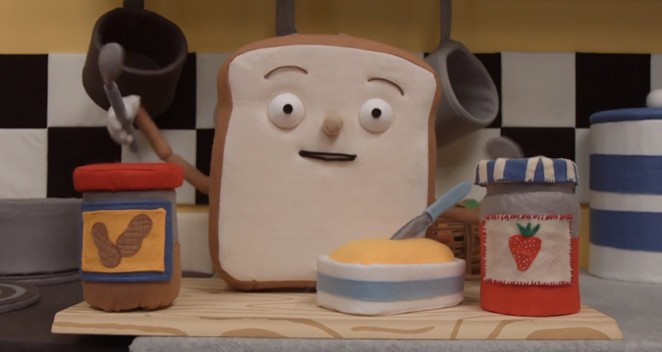 Benjamin Hiorns is a freelance writer and struggling musician from Kidderminster in the UK. Watching these videos made his eyes all grey. Oh, and good luck saying the word “Organs” in a sensible way ever again. 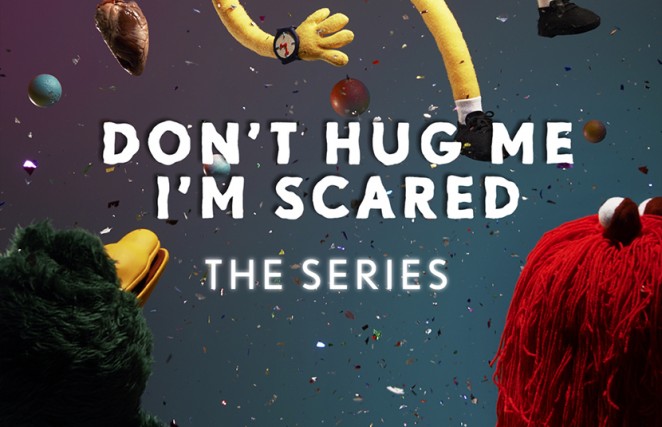