Ditching office drudgery for a life of textural feedback | #MemberSpotlight

Thomas Hammerton is a freelance illustrator from South Wales with a lifetime of artistic experience behind him and a style that is at once familiar and anything but.

A compulsive drawer from a young age, Thomas specialises in traditional artworks (pencils, pens, paints etc), which are then augmented digitally, but is also quite handy with a tablet and Photoshop.

A relative late-comer to the creative industries who decided to pack in his soulless 9-to-5 for something a little more fulfilling, we decided to shine our member spotlight on Thomas this week and see whether the gamble paid off. Spoiler alert - it did.

I drew compulsively from a young age. The intellectual, emotional and tactile experience of creating art, as well as the stark immediacy of the end product  always struck a chord.

Art has been a constant in my life, and I always thought of it as a vocation, but for years self doubt prevented me from fully pursuing it as a career option. As such, I found myself doing clerical work just to make a living, and drawing in my spare time.

At some point in my late twenties I decided that I didn't want my life to be one of monotonous data entry and recuperative weekends and evenings, so I pursued a degree in graphic design. I am just now making a name for myself as an illustrator, making use of the digital editing skills I learned during my years of study. Whatever struggles lay ahead, I know that they are worth it to be able to do something I love to make a crust. 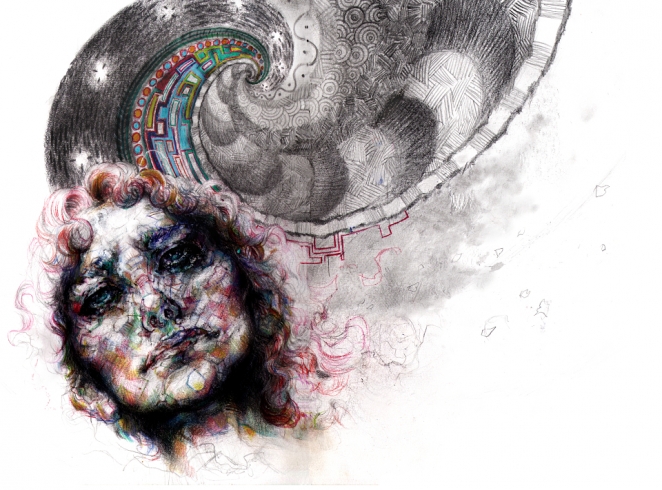 I am based in Bridgend in South Wales. I'm self employed.

Deathly boring office jobs. More optimistically, I could be reviewing walking boots and japanese role-playing games from the 90's.

I work principally with traditional media (pencils, paints, pastels, pens). I like the textural feedback of physically drawing/painting; as well as the organic randomness of the result, which I find difficult to replicate digitally. Having finished a piece, I will scan it and then edit its values and tones as I see fit.

I tend to approach each job on its own merits, and in its own spirit: catering my style towards the brief rather than binding myself to a set of rigid expectations through each project. While none of this is unique, I do feel like traditional approaches are becoming rarer in the industry. 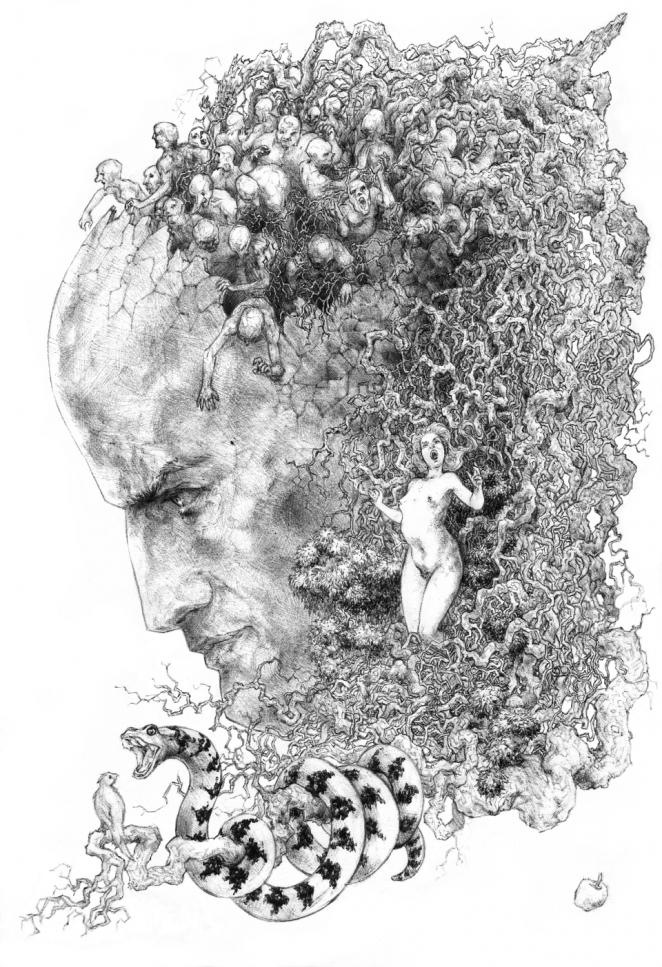 I would describe it as intricate and labour-intensive, but flexible enough that each job feels fresh. I have always found ornate works of art to be particularly stimulating and relish creating them myself. Although my individual projects are often quite distinct from each other (particularly in terms of colour), the focus on technical flair and visual complexity remains constant. My art's impact is reliant on the establishment of mood.

I draw heavy inspiration from the Victorian/Edwardian illustrator of myths and fairy tales, Arthur Rackham. His work is rich and moody, and marked by an unmistakable adroitness. I'm also strongly influenced (particularly in my colour works) by the explosive brashness and whimsical dreaminess of Yoshitaka Amano's illustrations.

As I am in the early stages of my career, I wouldn't say I'm best equipped to be giving industry advice: but I do think I can speak to the experience of studying art/design. My feeling is that creatives should go into education seeking specific skills, but should be under no illusions that the experience itself will open doors.

During their education, students should possibly be even more focussed on personal projects and the endeavour of making a name for themselves (particularly online) than the work they are being assigned. Don't rest on your laurels! 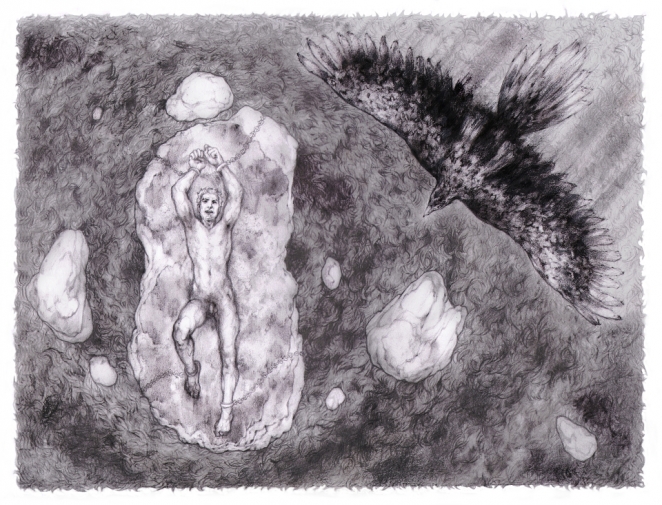 Build a dynamic portfolio and send it to agencies. Much of the work illustrators receive isn't advertised in the normal places, so agency representation can be crucial. Also become involved in relevant social/professional networks (such as Creativepool!).

I use Clip Studio to edit my scanned artworks (the scanning process removes most of the 'punch' from my art) so I definitely couldn't do without that (unless I replaced it with Photoshop). For typographical elements I couldn't be without InDesign. Also, my pencils, pastels, biros and even oil paints on occasion. Oh, and my drawing board. Illustrations become so easily skewed without the proper drawing angle.

At the risk of sounding flippant: years spent doing spirit sapping clerical work are something of a motivation. On a more positive note, the joy of creation has never left me. There are few things in life more cathartic and rewarding than being able to look at something and say "I made that".

Probably designing a line of beer labels for a microbrewery. It was the project that confirmed to me that I could make a living this way. 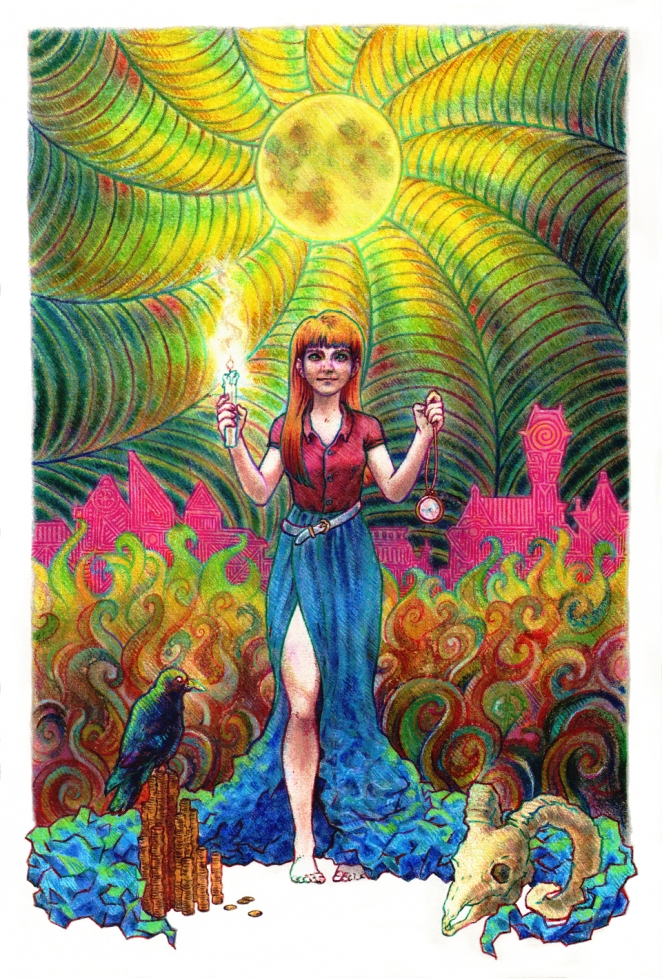 I would perhaps like to see traditional methods of illustration becoming more prominent. There is a charm inherent to the old ways that there should be a space for in the industry; even as design software packages allow many novel new approaches and methods of saving time. I see no reason that technological advancements should (or even could) render the timeless methods obsolete.

How To Draw is a great resource for drawing fundamentals by Scott Robertson.