Some people thrive under deadlines, others just can't handle the pressure. But if you are a freelance illustrator and 3D artist, deadlines are pretty much part of your daily routine.

Derek Bacon appreciates the value of deadlines. He believes that, without it, personal work can sometimes go on forever and you tend to lose track of your priorities. Derek has had the chance to work with The Economist and has a certain passion for going back to analogue methods every once in a while – so we have no doubts he knows what he's talking about.

For this Member Spotlight, we are learning about the passion and drive of a talented illustrator, and obviously someone who is still in love with pen and pencil in the digital age. 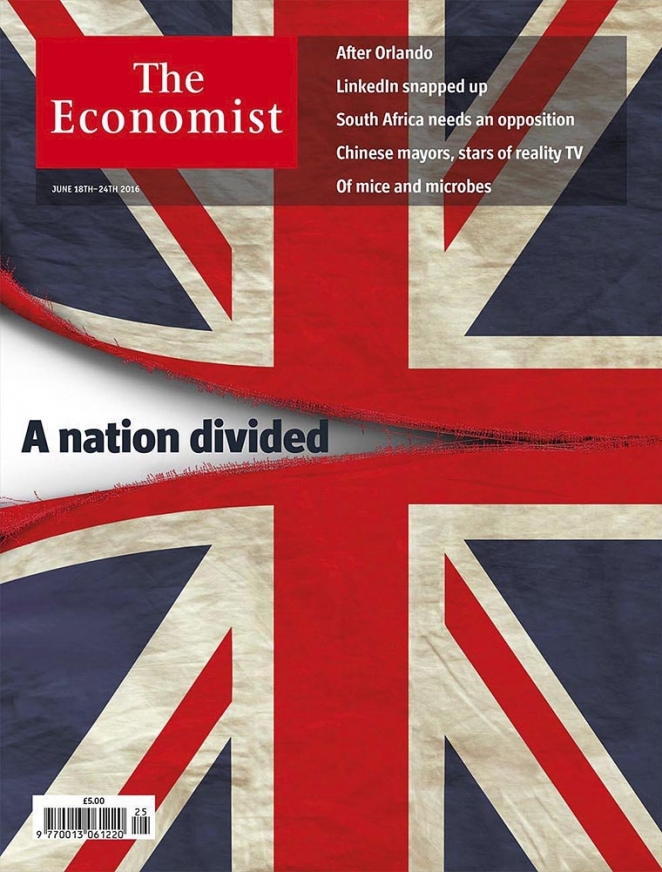 I had some artwork published in Computer Arts magazine, which prompted an illustration agency to get in contact. That led to my first exposure and work.

I'm based in the Netherlands. I live on a 500-year old dike on the north coast of Friesland, and I work for myself. 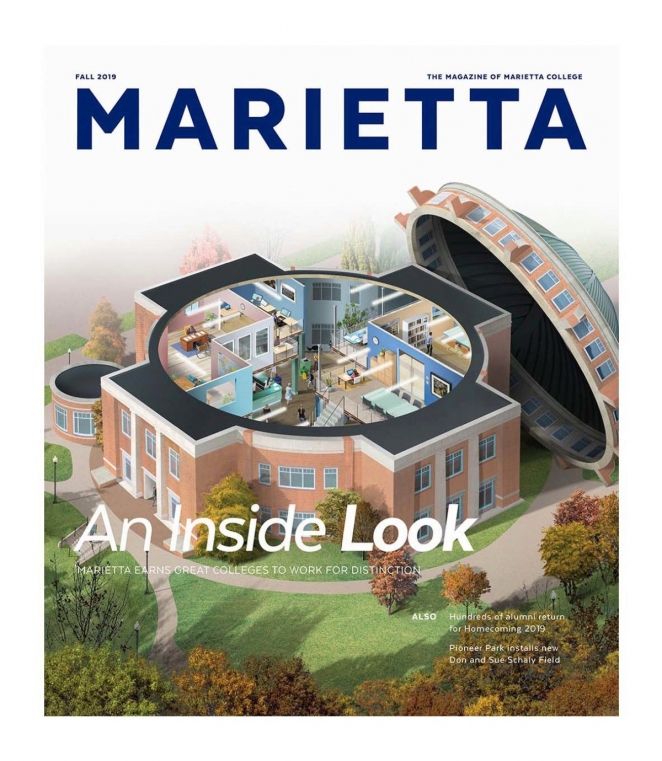 I can't imagine not doing something that's creative in some way, either with pictures or words. Art therapy sounds like a good way to have a direct impact on people, so I like to imagine I could be doing that.

It depends what the end goal is. If it's for, say, a magazine cover, you try and work as closely as you can with the client, to make real what they have in mind. They've hired you to make something happen, so you need to facilitate that. Sometimes they have a clear idea already, sometimes just half an idea, and other times it will be quite open. In either case, you need to try out the ideas with sketches. You might have a nice idea for a particular scene, but what angle are you going to view this scene from? These are the things you need to work through: gradually narrowing it down, getting the bad ideas out the way to make way for better ones. From one of these sketches, you might then try a first rough version in colour.

When I'm working for myself, it's so much looser. You go with your own flow. However, when there’s no deadline looming over you, the work can sometimes go on for ages. Deadlines are great for making you focus, so it's an idea to set them for yourself anyway. 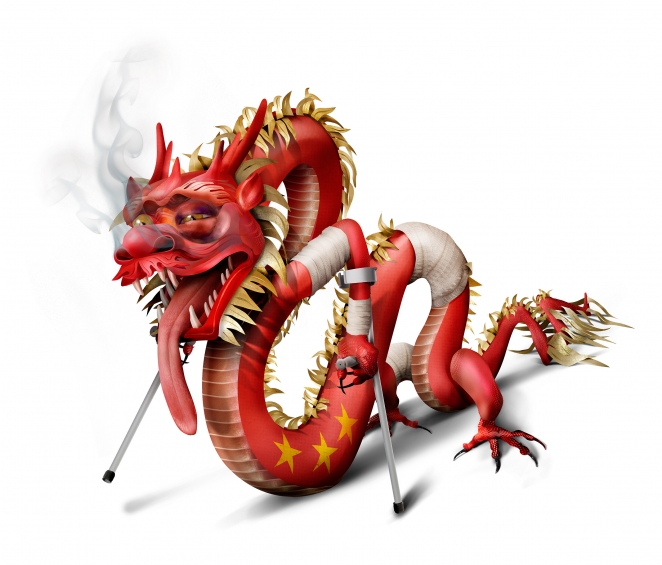 For a long time I did nothing except work digitally, and it became very limiting. So I went back to basics: pencils, pen and ink, and brushes. I really wanted to get my hands working in different ways. And that led to some interesting new directions, especially when it came to portraits, which were something I was never totally convinced about doing digitally. So when I did return to Photoshop, I saw it with fresh eyes. Now I have no problem working either digitally, or traditionally—both mediums have their benefits. So it's been about getting away from the technology, and then re-embracing it. 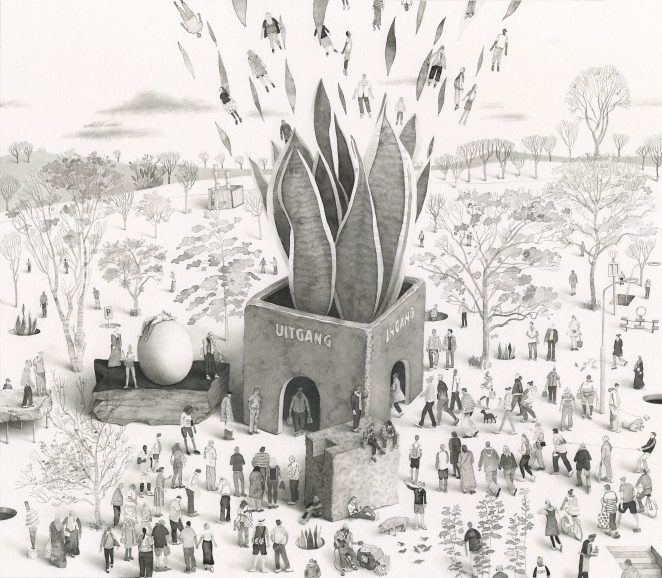 Seeing good work is always very motivating, whether it's newly-made or something really old. It tickles my ego, and I think: “that's the sort of thing I should do”—so I start out trying to make something in a similar direction, but the result is always something else entirely.

The other aspect to it, are the materials themselves. Sometimes a certain ink you've never tried before, or some new pens, is like having a new car to drive around in: you just want to go exploring and see where it takes you.

I’ve enjoyed working on covers for the Economist, it's great to be a part of a current event, such as the Brexit vote. Though there's also a downside to these things that doesn't leave you feeling so proud. For example, I once made an illustration about Syria, which became quite a striking front cover. But over the years it has come to bother me that something such as an illustration job could be generated from an awful situation, which was the case with Syria. 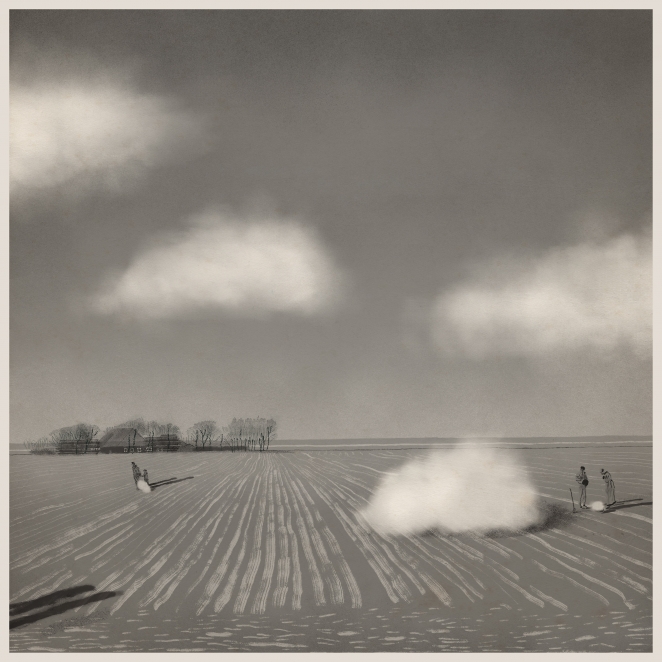 I love riding my bike, and I often drive down to Amsterdam to see my friends and the art there. But really I just like to keep making pictures. I've noticed that the more I do, the easier they seem to happen. If you let it slide for a month, it’s a lot harder to get back into it again. Keeping at it seems to be the best way to stay charged.

There's always going to be a compromise of some sort when you are applying your creativity in a commercial way. That's the nature of the beast. But in addition to delighting your clients, you shouldn't stop pleasing yourself creatively either. Keep walking your own path, keep doing your own thing. Very often, your own projects are the ones that will catch people’s attention anyway. I got into the trap of saying 'yes' to every job that came in, and I ended up doing a lot of work that I wasn't especially proud of. I’m not suggesting you should turn away work, but keep finding time for your own stuff too. 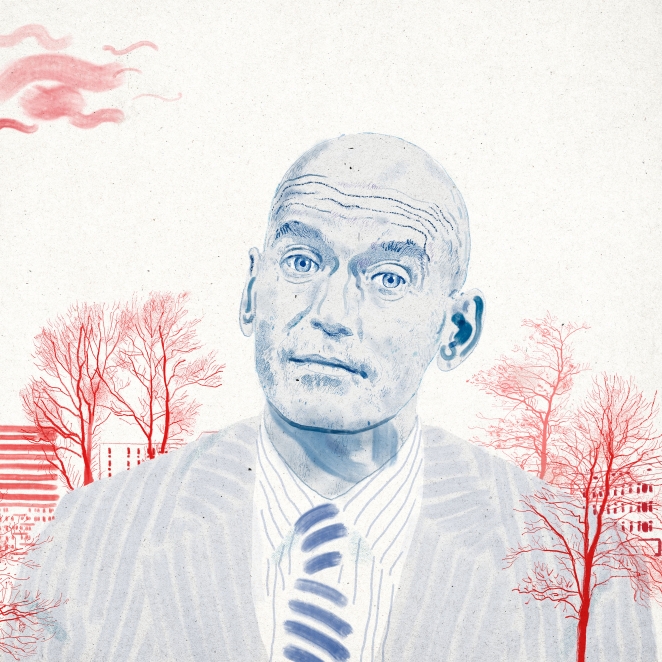 The industries only exist because of people's creativity. They owe everything to creativity and should bow down to it. My big hope is that they keep this thought clear in their minds. Either way the creativity just keeps on coming. There is so much of it out there, in all kinds of weird forms. I love that creative people choose to spend their time in the ways they do.