Images found in the latest update of iTunes seem to show off a range of iPods that don't actually exist yet, and have yet to be even mentioned by Apple. The new devices were spotted by a sharp-eyed user at Mac Rumours, who found a graphic showing iPods in styles and colours not yet offered by Apple when he upgraded to the 12.2 version of iTunes and selected the option that allows users to restore or set up a new iPod.

If persistent rumours are to be believed, then the new range of portable music players will be announced on Tuesday, July 14, as many users have noticed that's the date shown on the calendar of all the leaked images. The images in question revealed a dark blue Touch, a new gold Nano, and a vibrant pink Shuffle. The 12.2 version of iTunes was released to the public earlier this week, and most notably includes Apple Music. It also includes Beats 1, a 24-hour radio station, and the 8.4 update to iOS.

Images found in the latest update of iTunes (version 12.2) seem to show off a range of iPods that don't actually exist yet

Aside from a brace of new colour options, the new devices appear to be largely the same, except perhaps for an external change for the iPod touch that does away with the attachment for the wrist loop. It's not clear if Apple plans to update the internals of the devices or if the company is simply going to introduce new colour options, but the images make it clear that a potential update is not going to feature a major external redesign, as they intent to stick to the design Apple have been using since 2013. 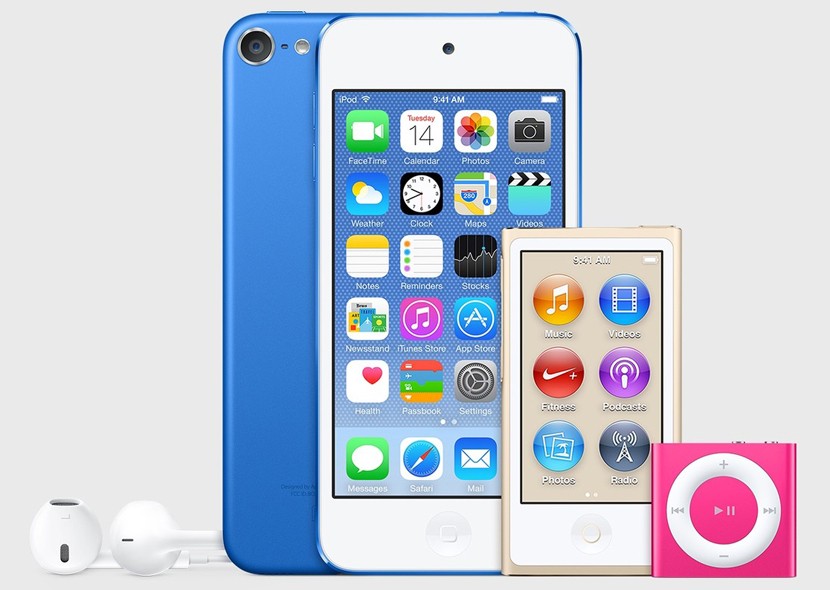 In related news, AppleCare recently updated the terms of its warranty service to cover replacement batteries for Apple devices that have fallen below 80% their original capacity, free of charge. The new policy applies only to iPhone, iPad, iPod, and Apple Watch devices purchased on or after April 10th, 2015, and active under the AppleCare+ extended warranty plan. This covers Macs as well, according to a footnote on the. AppleCare Products page. Previously, the warranty applied only to batteries at 50% under capacity.

In related news, AppleCare recently updated the terms of its warranty service and Apple Music has been getting mixed reviews

As for Apple Music, initial reviews have been mixed. Many have said there is simply too much going on in one app, so it's far more confusing than it has any right to be, and Apple's heavily touted Beats 1 Radio station experienced some technical difficulties, with an outage that meant many users were unable to access the station for around 30 minutes. However, it is early days yet (very early days in fact), and with previously streaming-shy artists such as Trent Reznor (of Nine Inch Nails fame) and Radiohead's Thom Yorke already on board, the future is certainly looking bright.