In 1915, an American lawyer Harold Hirsch organised a design competition. Eight packaging companies were invited to build “a bottle which a person could recognise even if they felt it in the dark, and so shaped that, even if broken, a person could tell at a glance what it was.” 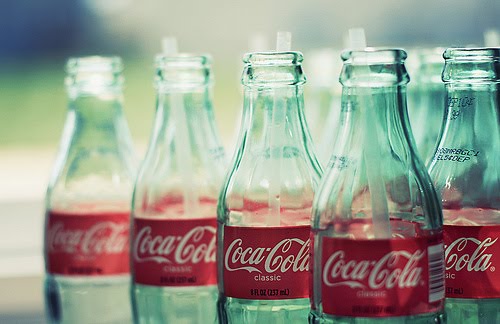 The winner was the Root Glass Company of Indiana, who were inspired by the shape of a cocoa pod. And thus a legend was born, for this was the instantly recognisable Coke bottle. Well, almost. In fact, it had to be made a little less curvy to stop it toppling over on the production line. This was the bottle that GIs took to war in 1941 (Coca-Cola guaranteed to send the goods to any troops, anywhere, for five cents a unit) and conquered the world. During World War II, US forces drank five billion bottles of Coke. Wartime posters showed smiling troops setting off to war, with Coke bottles in their hands. Photo-journalism captured soldiers sharing Cokes with liberated children in Italy and battle-weary infantry swigging Cokes as they pushed into Europe.

That bottle is now 100 years old, and has only been slightly adjusted once - in 1957 when the embossed logo was replaced with the white painted lettering created by Frank Mason Robinson in 1886. In turn, he based that swirling font on standardised writing for US business correspondence from 1840. 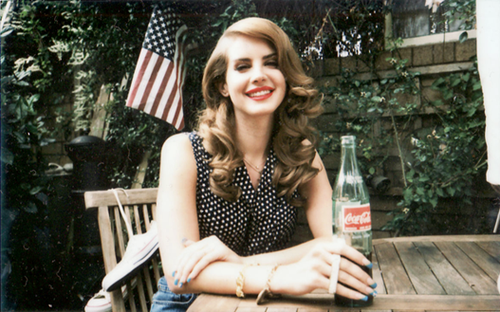 The Coca-Cola bottle was probably one of the first and most successful examples of mass, popular design - and it's travelled some distance in a century. In 1950, it was the first commercial product to appear on the cover of Time magazine; then, in the 1990s, it accompanied the astronauts on the space shuttle missions.

Incidentally, if you happen to be visiting the southern USA, you may like to know that until 4 October, the High Museum of Art, Atlanta is showing 'The Coca-Cola Bottle: An American Icon at 100'.

Many artists - particularly pop artists - have taken inspiration from the Coke bottle. But perhaps the legendary Andy Warhol best summed up its appeal. In 1975 he wrote:

“What’s great about this country is that America started the tradition where the richest consumers buy essentially the same things as the poorest. You can be watching TV and see Coca-Cola, and you know that the President drinks Coke, Liz Taylor drinks Coke, and just think, you can drink Coke, too. A Coke is a Coke and no amount of money can get you a better Coke than the one the bum on the corner is drinking. All the Cokes are the same and all the Cokes are good. Liz Taylor knows it, the President knows it, the bum knows it, and you know it.”