Demand Media, the Santa Monica-based content and social media company that operates brands like eHow, Cracked and Livestrong, announced yesterday that it had added Saatchi Art to its collection. They acquired the company for $17 million in cash and stock, and named Saatchi Online's top executive, Sean Moriarty as the new CEO and board director at Demand. Moriarty has replaced Demand co-founder and former MySpace chairman, Richard Rosenblatt, who resigned from the company he helped create last October without an explanation. Saatchi Art is the online arm of the famous London gallery and a marketplace where artists can sell their original works. There are currently 45,000 artists selling their wares on the site, and with Demand on board, that figure is set to rise exponentially.

Saatchi Art is the online arm of the famous London gallery and a marketplace where artists can sell their original works.

Moriarty will bring a fresh focus and a pair of fresh eyes to Demand, which has seen dwindling traffic since it went public in 2011 and started to appear lower in Google search results thanks to changes in the search engine's algorithms. It has been pulling itself back from the brink since the start of the year by shedding badly performing properties such as Creativebug and CoveritLive, and focusing on its top-performing websites, attempting to make them less reliant on search engine results and revenue from ads. Moriarty doesn't intend to rock the boat, and said that his vision for Demand is “Very much the same, from a strategic perspective.” He says he likes the categories the company is working in (“How-to, health and wellness, humour, and art”), and plans to amplify existing strategies and make sure their “Operating tempo is high.” 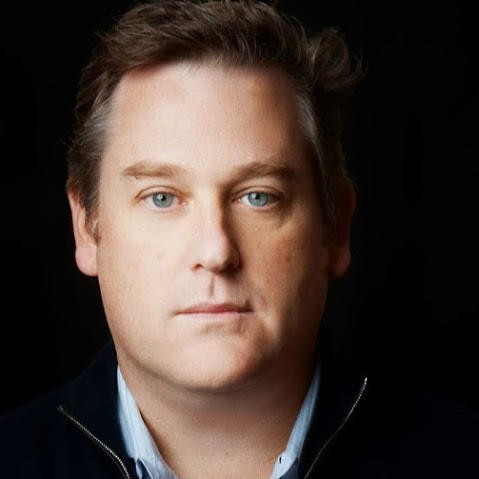 Moriarty joined Saatchi Art in 2013, 4 years after resigning as CEO of Ticketmaster after two years, just before the company merged with LiveNation (a deal he helped to facilitate), advising a number of startup companies in the interim. Moriarty is more than happy to join Demand, which he feels is “An innovative company with a passionate and creative team,” and he is excited to work with them in fulfilling their shared vision of “Building an important, enduring Internet company that serves creators and consumers.” Moriarty, who also serves on several boards, including Eventbrite, Metacloud, TuneIn and the Pat Tillman Foundation, will receive an annual base salary of $400,000 and will be granted stock options in the company currently worth $13 million.

Moriarty is more than happy to join Demand, which he feels is “An innovative company with a passionate and creative team.”

Saatchi Art is just the kind of community driven website that Demand specialises in, and they hope to play to the site's strengths, with expectations to add between $500,000 and $1 million in quarterly revenues in the short term. The site is quite similar to Society6, an art-prints selling website that is also owned by Demand. Indeed, Demand's president, Shawn Colo, initially stumbled across Saatchi Art when he was investigating Society6's possible competition. He said he was “Intrigued by the size, positioning and the strength” of the Saatchi Art management team and believes it was pure kismet that “Things came together at the same time,” and they were able to bring Moriarty on board. He calls Moriarty a “Proven leader and a strong operator with a broad range of experience,” and he is “Excited to be working closely with him“ as they “Enter the next phase of the company’s future.”

Benjamin Hiorns is a freelance writer and musician from the UK who bought a piece from Saatchi Art earlier this year. It makes the bleak desolation of the Kidderminster countryside seem just a little bit less all encompassing.