The Juries for the D&AD Next Awards have been announced, and for the second year running, it’s an impressive line-up of well-known creative leaders. Tasked with selecting this year’s winning entries, the juries will be lead by Laura Gregory for Next Director and James Day for Next Photographer. The judges will review all submitted entries and a shortlist will be announced on 30 March. The judging of the winners will take place during D&AD Festival in April and the two winners will be announced on 19 May at the Awards Ceremony. For shortlisted applicants there will be a series of events at the Festival which include: a photography exhibition of the best new photographers (Next Photographer shortlist), a screening of films from the most talented new directors (Next Director shortlist), and mentoring sessions to show their work, get career advice and network with the judges and mentors.

“The two winners will receive Next Awards Pencils which is a fantastic accolade for someone at the beginning of their career, but the Next Awards are more than just the final prize”

Tim Lindsay, D&AD CEO said about the awards “The two winners will receive Next Awards Pencils which is a fantastic accolade for someone at the beginning of their career, but the Next Awards are more than just the final prize. The fantastic thing about them is that they are an award that nurtures future talent, all shortlisted creatives will get the chance to have their work showcased and meet with industry heavyweights, vital for taking those next career steps.” 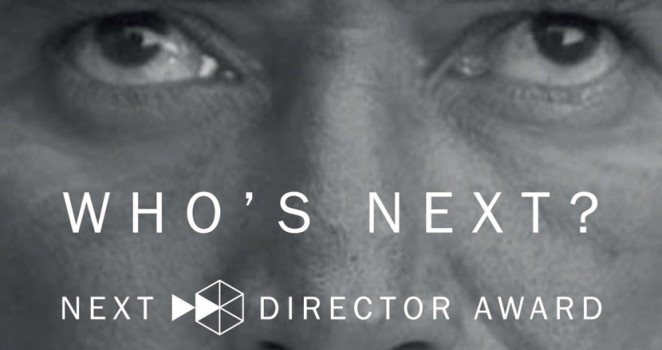 This year’s Next Photographer Award, meanwhile, will be held in partnership with Getty Images for the second year in a row. Andy Saunders, one of the judges and Senior Vice President for Creative Content at Getty Images, said: “We are thrilled to partner with D&AD on the Next Photographer Award once again this year. It is a tremendously rewarding and exciting experience to see some of the UK’s most talented young creatives present original and innovative work and I’m looking forward to seeing what this year’s applicants have in store for us.”

Next Photographer (in partnership with Getty Images)