Last Thursday we wandered around the Brompton district of London Design Festival 2012, sampling beers, cheese and pretzels and an array of up and coming and established designers newest ideas. Here are a few of our highlights:

London-based desginer Lisa Whatmough covers hand carved mahogany furniture with jewelled coloured patchwork velvet as part of the new "Block Velvet" range. Also on show were lamps, ornate mirrors and entire chests of drawers all covered in velvet. It may not be to everyone's taste but it certainly adds a touch of colour and interest to a room. 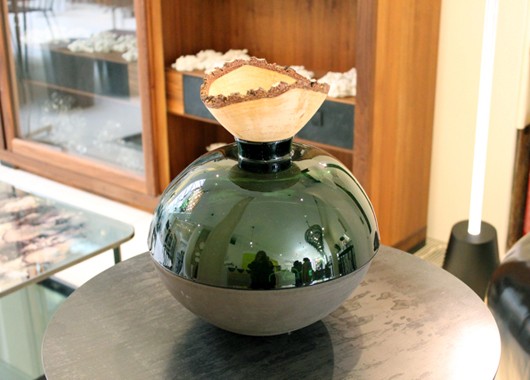 These tactile light fittings are made from pulped paper and look as delicate as egg shells as they cup the light. They were made by Pia Wustenberg as a unique response to a traditional paper making technique she learnt whilst on a residency in India. The forest was the inspirational starting point for this lighting which forms part of a collection of furniture and interior products by Catherine Aitken, Eva Malschaert and Pia Wustenberg.

Out Of Print have created this interesting multi-media experiment, starting with an app which allows you to create your own headline based on currently trending news topics. By combining multiple sources, the app allows more news to be read, but like our experience of digital media, results are not being fully understood. Generated headlines were being printed live throughout the event adding to a growing collection of printed digital news. 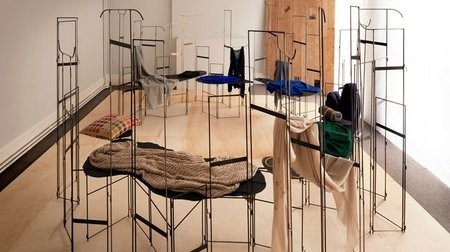 Oyuna Tserendorj collaborated with Peter Marigold for an abstract reinterpretation of the traditional ger tent-hour found in her native Mongolia. The installation, made of multiple steel frames can be dismantled and reformed to function in an array of outdoor or indoor spaces. The skeletal structure forms the bones for OYUNA's signature cashmere pieces to rest on, contrasting colour, texture and feeling. On the chairs rest blackened wooden boards which originally had the words "The Sky Is Always Blue" engraved into them but have now been reformed so the words are shuffled and collaged together. 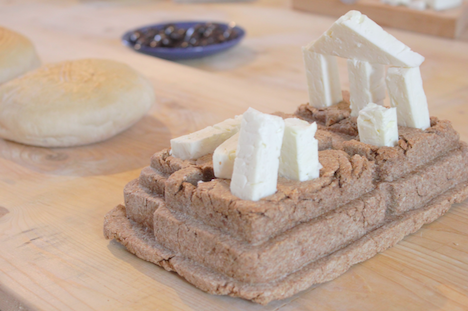 An interesting way to indulge in this simple supper. As commissioned by Haptic Thought in collaboration with Design Marketo, 2012.

This is the second exhibition in an ongoing project curated by Kirsty Minns and Erika Muller. Vera is a fictional character based on a series of found photographs from a bric-a-brac store in Brighton. There are 31 photos of Vera, only ten were unveiled for the first chapter, only one being used for the second chapter, it's a picture of Vera aged seven on a bright sunny day holding a stick of candy floss. Four writers have responded to the photograph and 8 designers have produced a series of curious objects such as Tomas Alonso "Metals," which is a series of objects made from copper and mild steel which may have been found on the sea shore, manipulated into simple shapes such as a mobile, a paper holder and book ends.

Liliana Ovalle has made a series of boxes from Corain and Oak which nod to the objects which might be concealed within. 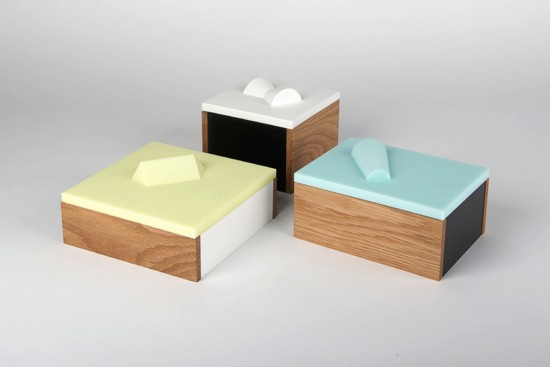 Obviously this only scratches the surface of the wide range of talent showcased last week, once again reminding the world to swivel their eyes to London and survey the vibrancy still glowing from an unforgettable summer.