CP Loves... The faces of the Olympic divers

I didn't think I was going to like the Olympics once the opening ceremony had finished. I'm not really a sporty person you see. Like most of us creative folk, I have always favoured splashing paint about rather than swimming pool water and would really prefer to break into a run only in life-threatening situations. Memories of P.E. at school are mostly made up of bleeding knees from hockey, the putrid smell of the "boot room" and being hit on the head by all manner of flying balls and Frisbees. Turns out that some people weren't put off by all this and have been working jolly hard ever since to prove their worth at the Olympics.

It's a bit hard not to get caught up in the emotion of it all, not only are you witnessing the outcome of years of sweat, tears and sacrifice but there is also a distinct air of British pride and patriotism in their air, not only cos we are putting on a bloody good show but also because team GB are doing us proud.

When I talk to other friends who are allergic to sport, they always state that they are excited about the diving. I think this is because anyone can appreciate the limits to which the human body has been pushed in this event, and the amount of bravery involved, all the while remaining as graceful and fluid as possible, from a distance at least, But these slow motions shots from the Getty archives say something different about how easy the athletes are making a triple-back-flip-double-somersault look. 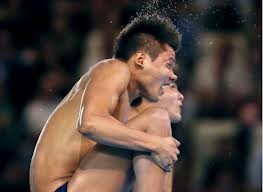 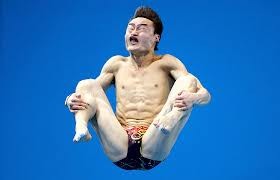 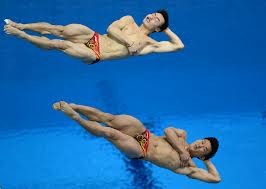 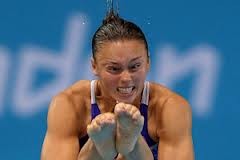 Next time you watch the diving and think it looks easy, remember these funny faces!

The Determination of Emma Clayton

They say there is no conventional path into the industry. This was precisely the case of graphic designer Emma Clayton. Emma did not exactly know what she wanted to do when she left school, but creativity was on top of her mind as a plausible...