As London Fashion Week SS2013 reaches its climax, the last few glasses of free champagne will be downed and fashion's most committed followers will have to pack away their outrageous outfits for another six months. Fashion Week is well known for showcasing the most impractical and unwearable of ridiculous designs, concepts which eventually trickle down the hierarchy and end up as a nod to the original design by appearing as a print on a Cath Kidson apron, for example. But this season, there can only be one show which will stick in people's heads as the most outrageous of all and that must be the recent brain burps by milliner Philip Treacy, whose popularity has grown and grown ever since he came up with Princess Beatrice's infamous beige beigel which she famously wore to the Royal Wedding.

A certain someone was somehow spotted in amongst this rather fetching headpiece: 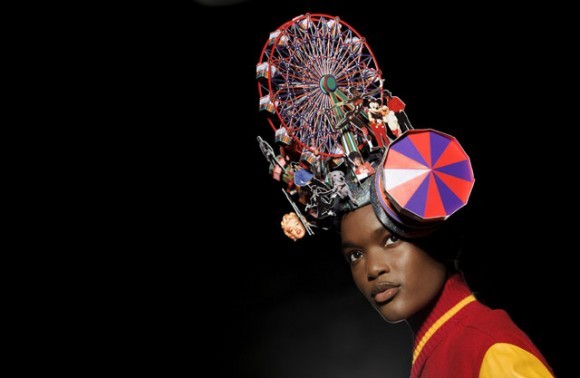 And here are some other gems from the show which was held in the Royal Courts Of Justice. 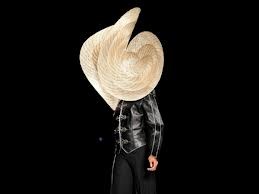 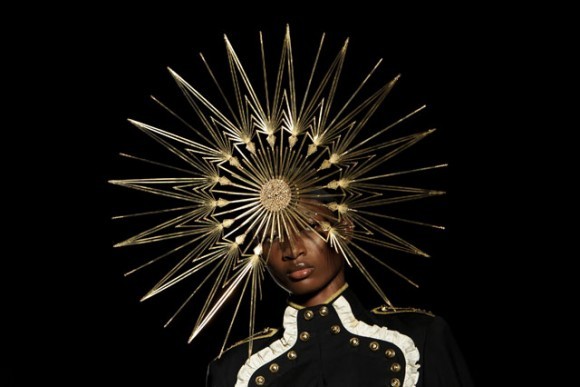 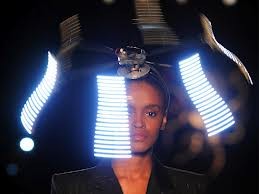 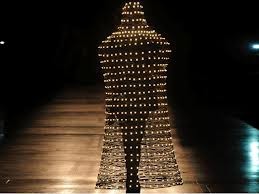 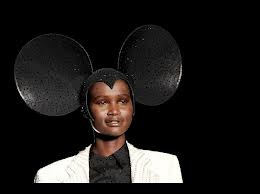 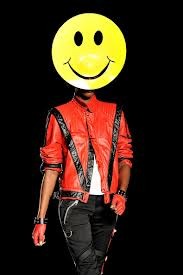 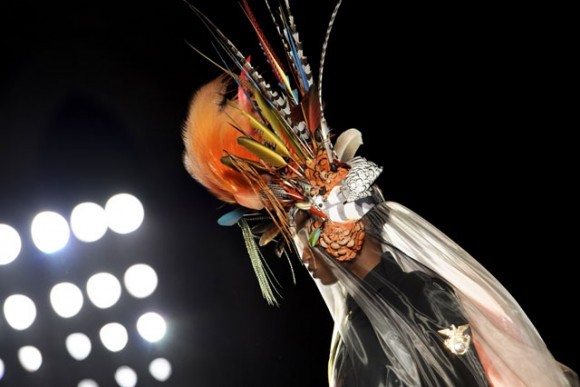 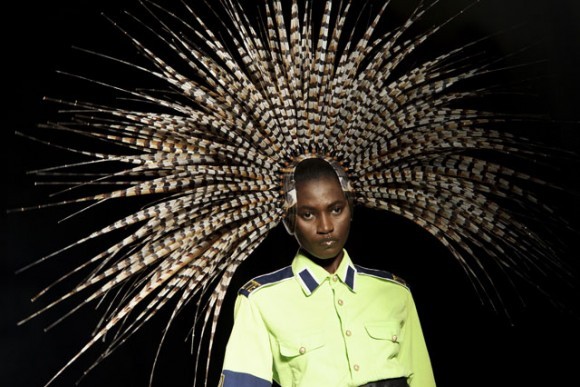 Head corsets aside, Philip Treacy's show also sparked debate about the issue of models and race following his decision to use an all-black cast of models, something which has rarely been done before. He commented that the show was "a homage to African women and their sensibility to dress up." He also dressed all the models in original pueces from Michael Jackson shows and videos.

Hats off to Philip for his creative abandonment and shameless outrageousness.

Freelance graphic designer Adrian Ciobanu has been a professional in the industry for over 10 years. There's a lot of things you can learn in 10 years, but some others you can never forget. For Adrian, one of these is certainly the power and beauty...