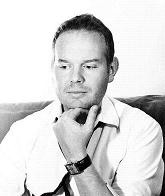 Ever since I was a child, I've been a massive James Bond fan. I still treasure the Aston Martin DB5 (with ejector seat action) I was given as a seven-year-old, I own a collector's box set of the films, I can name the composer to every soundtrack...

So imagine my delight when, on the day of my 40th birthday last week, my wife presented me with the first of my two birthday treats: a visit to the James Bond exhibition at the Barbican.

"Designing 007: Fifty Years of Bond Style" is a fantastic tour through five decades of the world's most famous gentleman spy. Well, along with Austin Powers, obviously. But because the exhibition is still on until 6th September, I'm not going to ruin it for you by churning out a spoiler review. And besides, if you want to read a review then there are already plenty out there in the broadsheets online versions. Long story short, if you're a fan, go see it, end of story.

So because I wanted to find a different angle, I've decided to try and mask my geeky enthusiasm by drawing up a list of the top ten worst, funniest, or most ridiculous gadgets featured in the films, and all of which can be found in the exhibition. 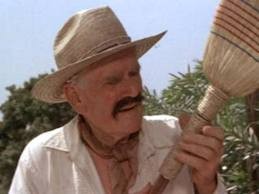 Q really has a lot to answer for. And yet it's actually he who says to Bond, "Grow up, 007" when Bond inevitably takes the mick out of him. But it's a bit unfair to lumber all the blame on Q, so I'm including the gadgets of Bond's various nemeses too. Behold...

Because covert operations can take a while, the broom walkie-talkie is just what you need to fool any surveillance team. "Honestly, I'm just sweeping this same patch of ground for two hours because it needs it."Quite. Might as well have a bit of a tidy up while you're waiting for Sanchez's henchman to mess it all up again. So not so much Licence To Kill as Licence To Clean, then. 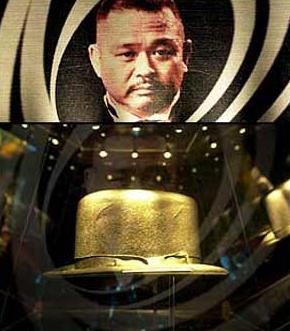 Oddjob's hat. Not only is the name of the Goldfinger character daft (Mike Myers picked up on this in Austin Powers, naming Dr Evil's lookalike henchman Random Task) but it's such a stupid thing to want to kill someone with. Thrown through the air like a Frisbee (but in reality powered by a motor to keep it flying straight), the weapon is rather flawed because you need to chase after it every time you use it (unless you get your boomerang action just right, which, in the heat of combat, is rather unlikely). What if it gets stuck in a tree or something?
And just for info, Random Task throws his shoe at Austin Powers which provokes the response, "Tsk, OW! That REALLY hurt! God, who throws a shoe?!" 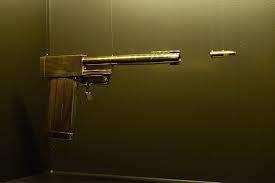 Scaramanga's gun. "Who will he bang? We shall see!" sings Lulu in the opening song to The Man With The Golden Gun. Oo-er, matron.

Nice as it probably is to have a golden gun (if a bit vulgar and unnecessary), when it's made out of a pen, a cigarette case, a lighter and a cufflink, elegant it is not. And a bit poncy. 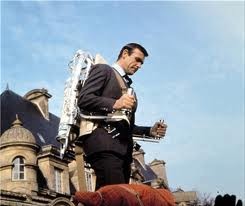 The jetpack in Thunderball. Yes, granted, that is clearly how we all thought we'd travel in the 21st century back in the Seventies, but it does rather rely on having one hidden in a convenient place when you're trying to escape the baddies.

These days people will nick the back wheel off your bike if it's not chained up with a big stretchy chainy thing. Before you can say Spectre, it'll be in the back of a Vauxhall Corsa and up for auction on eBay.

The overly complex attach case in "From Russia With Love." Featuring exploding tear gas when opened the wrong way and a flick knife coming out of the bottom when one of the studs is pressed, this looked promising.

But when on earth is Bond supposed to use the fifty gold sovereigns hidden in the lining? When he's lost his wallet? And even then, why sovereigns? Why not, oh, I don't know, some usable money in various currencies or dare I suggest a spare credit card? 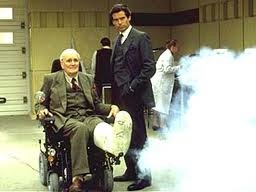 Q's leg cast with useful built-in rocket launcher from Goldeneye. Because you're definitely going to go on a mission in a wheelchair.

To be fair, this was clearly a mickey-take, a bit l like the umbrella which clamped down on the head of the user, provoking Roger Moore to quip, "Stinging in the rain?" 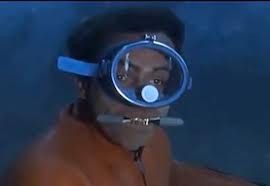 The rebreather in "Thunderball." Because when you're up against the world's most evil men, you're almost guaranteed to end up in a shark pool.

I actually like this gadget, if I'm honest, but am put off by the fact that apparently nobody has made one that works yet. Quite surprising, actually. 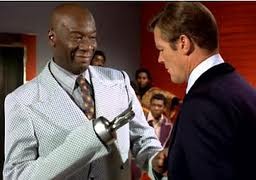 That's one optional extra I wouldn't have specified in his shoes. Stun gun, yes. Corkscrew, no. 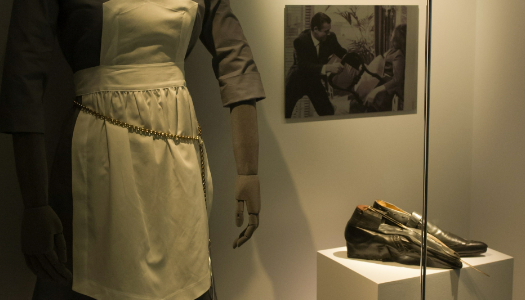 Rosa Klebb's flick-knife shoe in "From Russia With Love." Second only to Oddjob's bowler hat, this has to be one of the most useless weapons in the world.

What professional assassin could dream up a way to counteract a middle-aged woman who kicks with all the grace of a newborn giraffe? Oh, look, here's Bond brandishing an office chair. Job done. 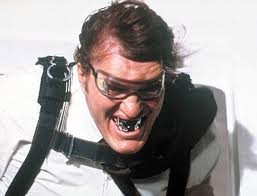 Finally (and this is stretching the term "gadget" a bit, I admit) the silvery dentures belonging to Jaws. I was terrified of Jaws as a child. Really terrified. I quite literally hid behind a cushion the first time I saw him.

Apparently Richard Kiel who played him found them incredibly uncomfortable and had to remove them after every take. But more to the point, if you have to get within biting distance of someone, then they are rather limiting.

As I say, I absolutely loved the exhibition. Yes, there were a few things I'd have changed like the faceless mannequins modelling the clothes, for one but all in all it was a terrific waste of two hours. Just a shame the Martini bar didn't open till 5pm..