Everyone is talking about Carsten Höller’s new Southbank Centre survey show, as part of his exhibition with the Hayward Gallery.  And with good reason.He’s installed a giant slide, a flash of silver curves over that famous Brutalist concrete. But what happens when art meets architecture?

As Höller said in an interview with the Tate: "From an architectural and practical perspective, the slides are one of the building’s means of transporting people, equivalent to the escalators, elevators or stairs. Slides deliver people quickly, safely and elegantly to their destinations, they’re inexpensive to construct and energy-efficient." 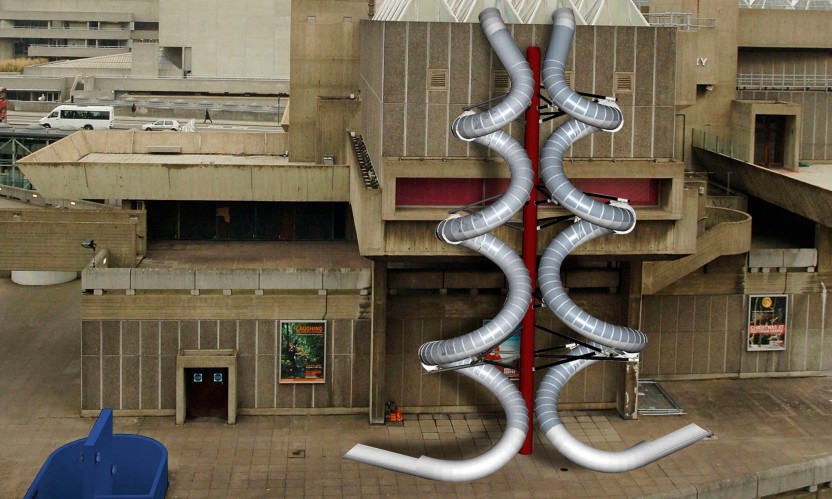 The Belgium artist is no stranger to innovative and interactive art mixing with architecture. He first premiered his slides at the Tate Modern’s Turbine Hall. His interest in slides move between the themes of losing control, vertigo and the emotional reponse the action creates…and the functional aspect, using slides as a method of getting from A-B (hello, Google office). The practicality and the thematic have come through in these installations since 1998, and echo a relationship between science and art that’s inherent in his pieces.

He’s a serious-not-so-serious artist, described by some as the “authentic Willy Wonka of contemporary art”. At this new exhibition there’s also goggles that let you view the world upside down, and a zip-wire flight over Waterloo Bridge. This playful element of his work is definitely what London is missing; no po-faced critiquing here, just pure adrenaline rushes.

Oh ok, maybe a touch of critique, but only because it comes from exhibition curator Ralph Rugoff, who says: "Almost every piece in this exhibition has a wonderful, mischievous playfulness to it… It is trying to give us the chance to have a fresh way of experiencing and perceiving the phenomena we encounter in the world around us." 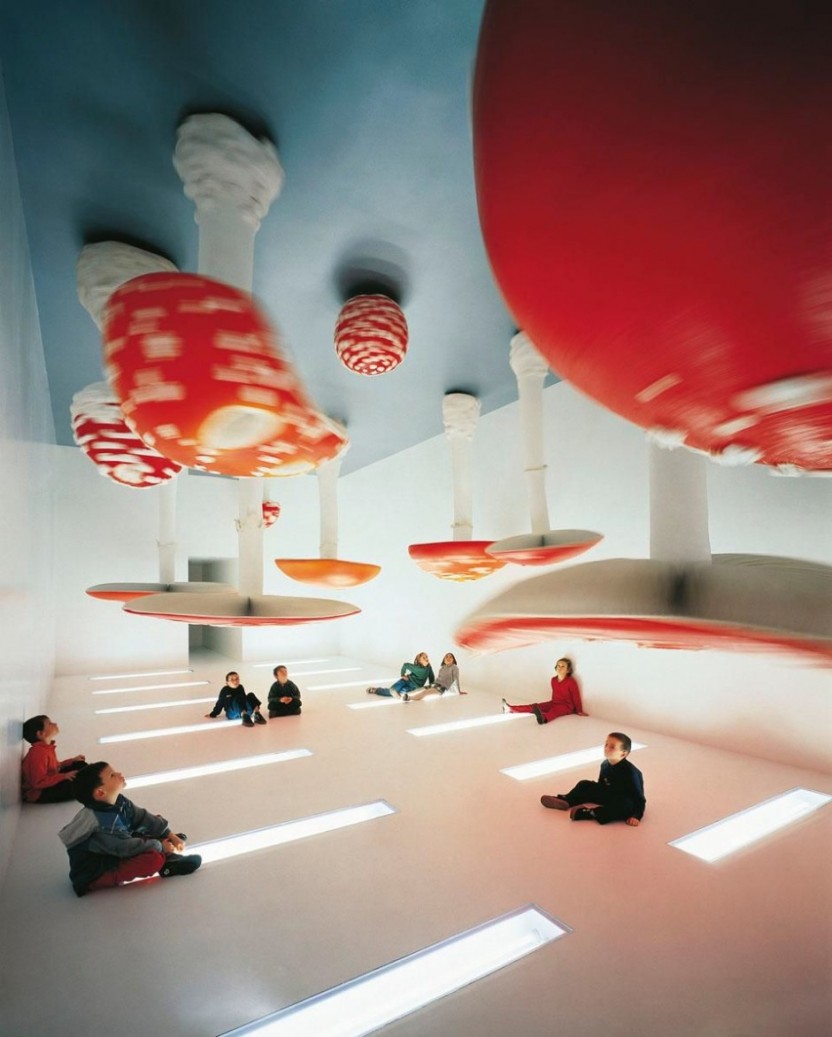 Other Wonka-esque pieces created by Höller in the past include Upside Down Mushroom Room, shown in Milan in 2000, the title of which is surprisingly self-explanatory. A large room was filled with giant, turning, upside down mushrooms, illuminated from below. The idea is to trick the retina, to reveal what vision would be like in a world where the brain didn’t flip our images. Other playful works include his famous carousel and amusement park pieces from 1998 onwards, which have slight alterations made to trick human perceptions. 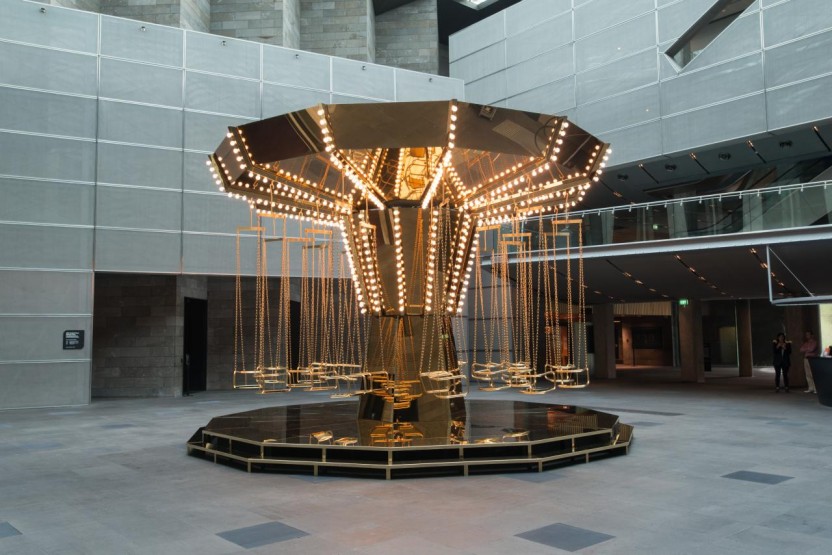 At the Hayward Gallery this time, you enter the exhibition through a series of steel tunnels, making choices where to turn as the darkness closes over. As the show’s title “Decision” suggests, you have to choose which way you want to go. You’re a guinea pig in the great, wonderful world that Holler has created. From popping a red or white pill that drops on the gallery floor, to living an alternative reality, or indeed taking a trip down that giant slide, you have some tough choices to make…