For its Christmas appeal this year, UNICEF enlisted the talents of Banjoman’s Dermot Malone to direct ‘Just A Little’, a moving campaign that takes a fresh look at the gift of giving.

The spot centres on Hannah, a child struggling to write her Christmas wish list. While she listens to her friends discussing the instruments, toys, and gadgets they’ll receive this year, she sits quietly, struggling to connect with their desire for such objects.

What truly affects Hannah, however, are the charity appeals she sees on TV, featuring children of her age staring out at her through the screen - and her father notices. Come Christmas day, he lets her know she has one last gift to open that’ll truly resonate with her: a donation on her behalf to support UNICEF.

PRINCIPLE approached Malone with the script for a young child to be affected by an appeal from a different area of the world, and for their parent to notice and donate on their behalf. Bolstering that core message with a level of authenticity, Dermot set about building a relatable world around the child, capturing the message of selflessness in the most accessible way possible.

To do so, the UNICEF appeals watched by the child are actual campaigns currently running on TV, strengthening the idea that she really is one of us, watching the commercials we’re watching.

Director Dermot was specific in his casting process for the film, aiming to find a child who could take the story on board and give back an instinctive performance. Eventually, he found actress Amber Cantwell, who perfectly understood the assignment. Offering an expressive yet subtle delivery, she imbues the campaign with a natural empathetic quality.

Due to the current economic struggles already being faced by families across Ireland, the team was careful not to make the film overly melancholic, balancing the severity of an urgent appeal with the Christmas theme.

To learn more, we caught up with Dermot himself to discuss how and why he chose to spotlight the positive possibilities that are available to families able to help at this time, capturing the oldest message of the season - the greatest gift is the gift of giving - in a different way.

The brief was simple, try and make families connect with children in difficult situations around the world. If they feel a connection, they may be encouraged to help Unicef be there for every child in need.

It was a big collaboration of ideas big, small, ambitious and terrible, with everything in between. At its core was the need to find a message of ‘connection’ and ‘giving’. We wanted to show a child being moved by seeing children of a similar age in less than ideal circumstances.

We decided to set the story around a young Irish girl in a modest, working family, who don’t have much. We felt that at a time of economic uncertainty and rising living costs, the fact our hero was more concerned for children in war torn situations or famines, would inspire people to follow suit and look of a way to help. 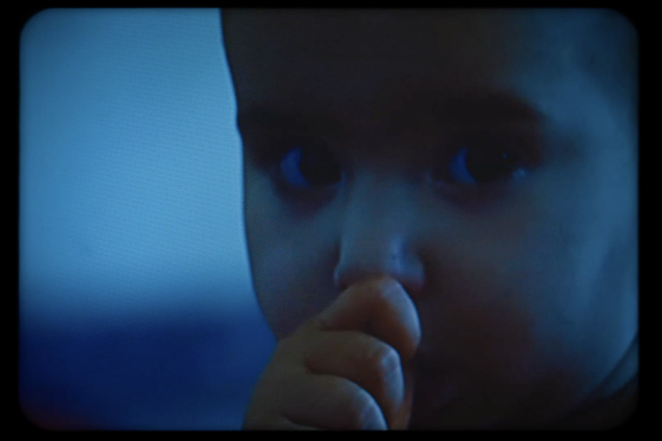 Collaboration and ‘No Bad Ideas’ was an omnipresent mantra that fed to the final concept. Each member of the team bounced ideas and versions around for weeks in order to insure we had captured the message. We wanted it to be grounded and authentic, with none of the frills that can often be seen in Christmas comms.

It was really lovely to be on a very post covid set for the first time in years RE making a Christmas film. The client and agency have us great freedom to create the film, without much interruption. The sense of trust with their brand and message was palpable and it was a responsibility for which we were very grateful.

Initially, our plan was to shoot the TV appeals in camera ourselves, in order to recreate the troubled regions and children that Hannah see’s. This was proving very difficult RE production design and casting, as our desire was to seek authenticity throughout out. This initial approach felt wrong. We overcame it, as ever, through collaboration.

I asked to see all of the UNICEF existing appeals, with real children in real need. Spending hours with these files, we found a more honest approach in using them in lieu of recreating them. This felt more respectful and ultimately, more powerful. 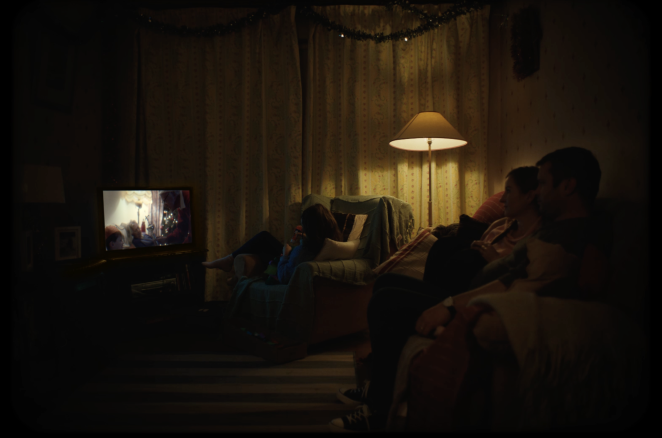 We shot the film on an Alexi Mini LF with a very basic grip kit. Most of the film was captured in camera before bringing it into post production. Here we used the usuals. AVID, Flame, Baselight etc.

I love improvised dialogue in group scenes. To me, once the characters know their inspiration and motivation, this approach leads to a more authentic scene. Ironically, at the Christmas dinner scene, the families improvisation went down a path of discussing how no one liked Turkey and how terrible a meat it was.

Talk about the least Christmas Ad conversation of all time… Thankfully this film was for Unicef and not Tesco… Though we cut around it anyway.

The main message is that their are children in need right now and they need our help. Unicef are there to help them, but they need OUR help. It matters because no child should face starvation or survival in 2022 and these things need to stop.

Roughly 2 months all in. 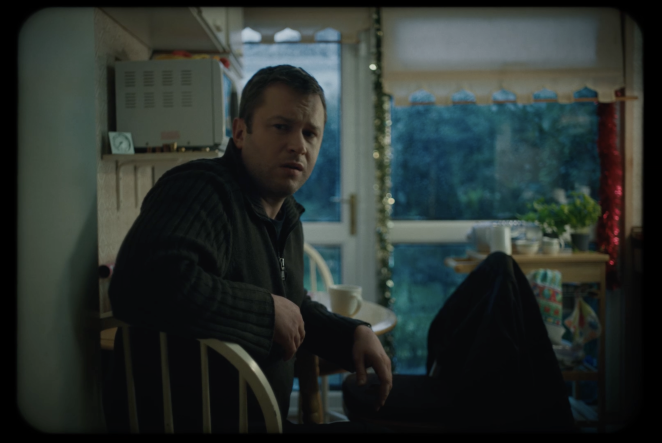 Very simply, I hope it fills the coffers with donations so that children can be helped this Christmas and beyond.

This week’s member spotlight shines on Constantine Lourdas, a UK-based award-winning photographer, motivated and versatile creative professional that’s been working within the photographic and media industry for twenty one...

SIREN are a small team of experienced and award winning producers & music supervisors who love music and are based in Central London. They collaborate with a global network of extremely talented composers and producers and our goal is to answer your...

St Luke’s help us climb towards our financial dreams | #BehindTheIdea

St Luke’s has kicked off its first work for credit app, TotallyMoney with a TV & Online campaign that demonstrates how with the right guidance and support, people can climb higher and reach their goals. Recent TotallyMoney research found that...