It’s been 12 years since Byron arrived in the UK and since then a host of American-style diner restaurants have entered the scene including Five Guys, Patty & Bun and Shake Shack.

With a successful decade and a bit under its belt, now Byron is sprucing up its look and service in order to continue blazing a trail on the UK burger scene and following an announcement of an overhaul new pictures have emerged.

Checkland Kindleysides is behind the rebrand, which includes a new identity and dining interior design theme, which aims to encourage people to socialise as well as eat. The new logo is inspired by the idea of people sitting around a table enjoying a meal. A new 'famously proper' tagline replaces its 'proper hamburgers' saying. 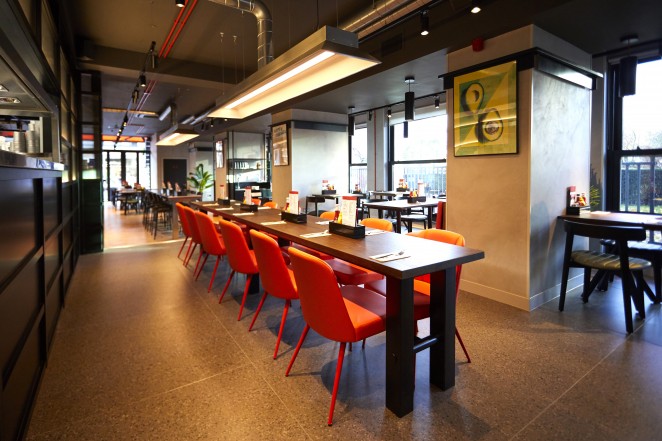 The interior has been totally redesigned with Byron’s All Hail The Table mantra in mind. It will feature large communal tables and social spaces for brunchers, as well as ambient sofas for laptop workers and working lunches.

Exposed fixtures encourage a modern, transparent eating space with abstract artworks added, all of which combine to create a friendly casual eating space for everyone, including larger groups, couples and solo diners.

As part of the transformation, Byron is unveiling a new menu and recently launched its annual Christmas selection which includes the Merry Cheesemas and All Hail the Turkey burgers. 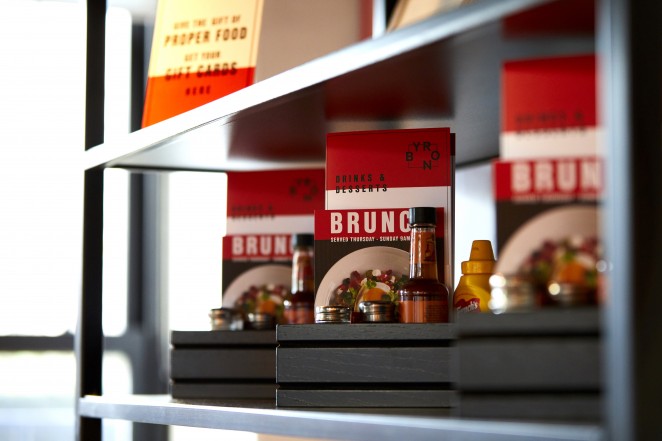 It takes inspiration from the West Coast of America, as well as classic breakfast dishes which have been given a Byron twist.

The new menu is now available and after being unveiled at High Street Kensington, the interior transformation programme will roll out across the rest of Byron’s 53 restaurants throughout 2020.