After Life is one of the most popular British television experiences of the last few years. It’s striking and honest look at the realities of grief have made it a rare show that resonates with both fans and critics. Ricky Gervais might be a divisive individual but his latest creation surely isn’t.

When they were tasked with creating a campaign to celebrate and promote the third season of the hit show, made by blah ECDs Oli Cole and Jim Townsend were pretty eager to take the gig. But what they came up with was something so much more special and relevant to the show than a simple TV spot or OOH campaign.

It takes a pivotal and recurring scene from all three series – the park bench – and translates it into real life by installing 25 permanent benches in key locations around the UK. Benches play an integral part of some of the most memorable moments in After Life, as well as serving as important places for reflection and remembrance in our day-to-day life.

Each of made by blah’s Benches of Hope is inscribed with a simple but significant quote from the show, “Hope is Everything,” inviting people to take a moment to think or connect with someone else around them. The benches can be found from 14th January 2022 right across the UK in locations including Bath, Birmingham, Glasgow, Liverpool, Taunton and Surrey Heath.

We caught up with Oli and Jim recently to go #BehindTheIdea and unravel the process behind this most special and literal of campaigns. 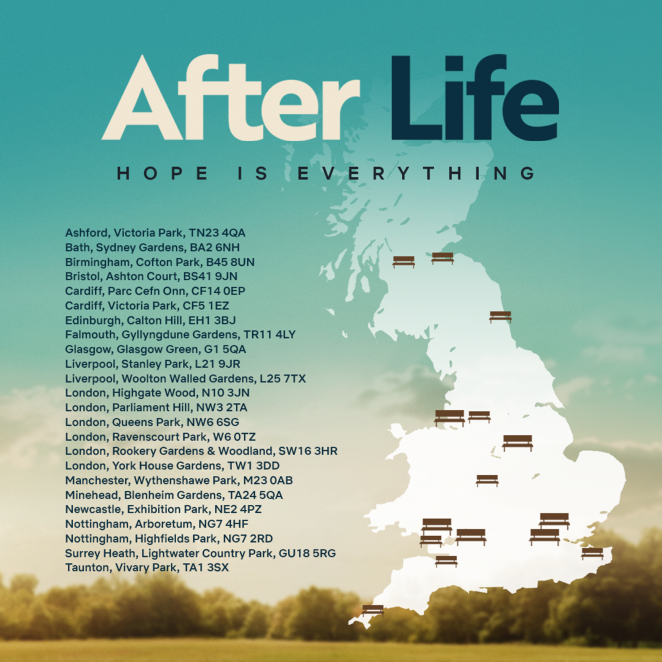 Netflix asked made by blah to create something memorable and special that drives positive conversation about the show and its portrayal of grief.

We were already superfans of the series and got to have a sneak preview of season 3. From there we instantly had lots of ideas. There’s so much to draw from in the show.

Creatively the hardest challenge was to come up with an idea that tied into the sensitivities of the show and made sense. To make something really worthwhile that’s authentic and like the show does can potentially help people. The challenge was to achieve all that and also create something that left a legacy and lives on. 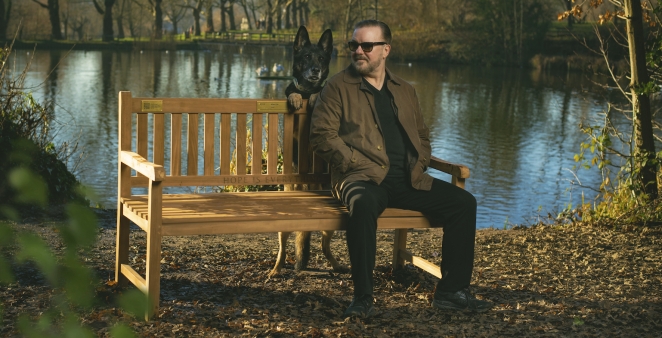 We worked with Netflix and their amazing production team who helped partner up with CALM and also liaised with all the local councils nationwide to bring it all to life.

google docs/slides and the Adobe suite obvs, a chisel, and dog treats.

Brandy the dog did a whoopsie on the bench

The bench is iconic and is the setting for a lot of the poignant moments throughout all 3 seasons of Ricky Gervais’ After Life. It just made sense for us to bring it to life in the real world and make a legacy piece that lives on long after the show

We had several rounds of creative concepting for over a month, the idea was signed off and then it was over to Netflix production to bring it all to life. 4 months end to end.

We hope the benches will create a long lasting legacy for After Life and are places where people can reflect, talk to someone, and get things off their chest. We hope they help people have those conversations and to show it’s normal to have those feelings. Our ambition is to get the nation to talk about the theme of hope by creating inviting places where people can connect with others. 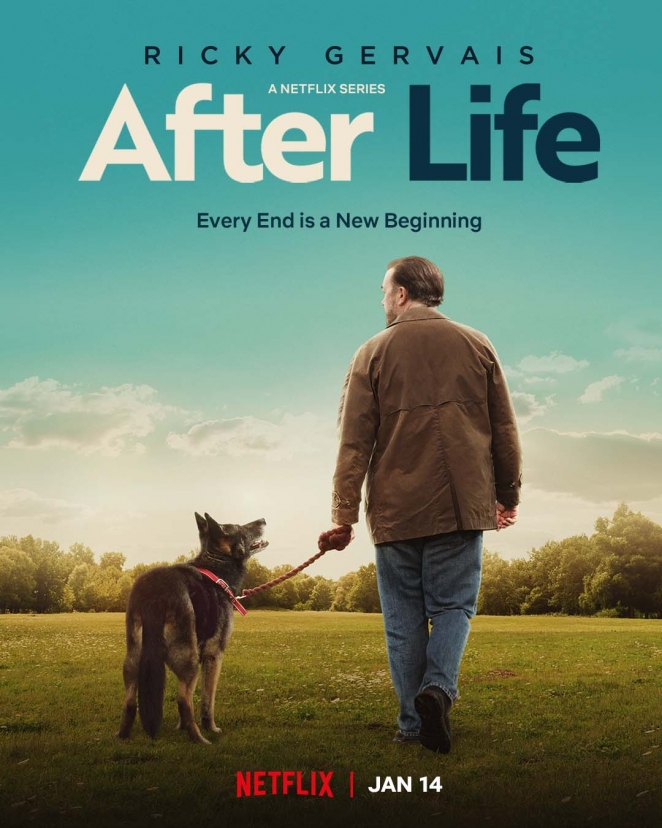 Agency: made by blah