When Sonos opened their first retail store in New York’s SoHo this summer, it was a pioneering moment for the brand. Having dominated the wireless speaker market, eclipsing other competition easily and steadily along its 14 year journey, Sonos finally had a place its customers could visit as a home away from home from all their audio needs. 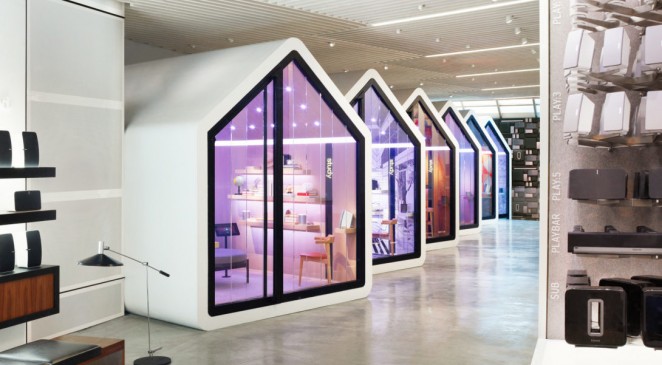 The open-plan flagship space promises to make your music listening experience “epic”. A promise it fulfils through seven incredibly well kitted-out rooms, all aesthetically and acoustically optimised for THE ultimate listening experience. There are no hot or cold spots for the audio, so every single inch of the space is the primed to show off Sonos’ products which are arranged differently in each room to illustrate a variety of potential home setups. The living room for example, showcases a Home Theatre setup using the brand’s Playbar, Sub and surround sound speakers. As far as “epic” music listening experiences go, this is certainly one. 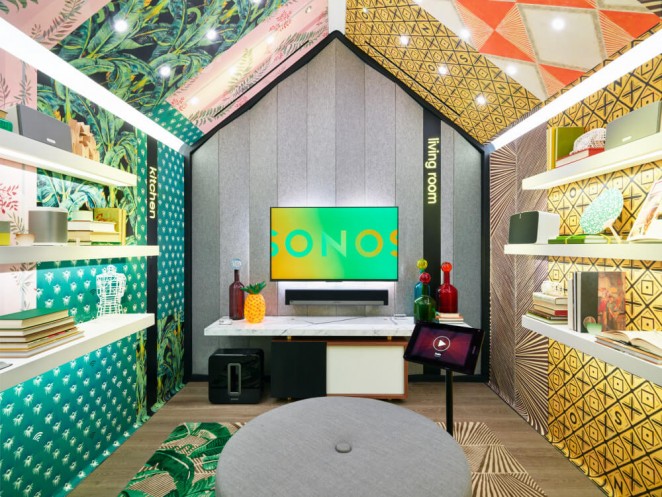 Founded in 2002, Sonos started life as a tech startup full of nerdy engineers and designers who loved music. At the time, innovation within wireless, digital music streaming was a far cry from today - iTunes Music wasn’t a thing, Napster and its infinite music library was only just in the process of being shut down and many households didn’t yet have routers. It was a gamble when Sonos’ founder, John MacFarlane, predicted that all future music would be streamed then, but together with his co-founders, MacFarlane envisaged the future of digital music listening long before anyone else.

Sonos’ name came courtesy of David Placek, a branding expert who also came up with the names of the PowerBook and the BlackBerry. It’s palindromic nature and the fact that it looks the same when rotated, made early branding simple but effective.

Fast forward 14 years and we live in fixed-broadband subscription, online streaming, app-heavy times. Sonos’ evolution has paced itself perfectly with that of emerging technologies and the brand’s products are now found in homes across more than 60 countries worldwide. The Sonos Wireless HiFi System’s success is thanks to its ability to stream “all the music on earth” wirelessly in every room of your home with control from your Android smartphone, iPhone, or iPad. In addition to playing your personal digital music collection, Sonos gives you access to millions of songs and thousands of radio stations by partnering with AUPEO, Deezer, iheartradio, JUKE, Last.fm, MOG, Napster, Pandora, Rdio, Rhapsody, SiriusXM Internet Radio, Slacker Radio, Spotify, Stitcher SmartRadio™, TuneIn and Wolfgang’s Vault, to name but a few.

But more than this, Sonos does so well because it is improving the experience customers have with music in the home for years after they buy it, constantly updating its technology to better its customer’s interactions with its products. Testament to this dedication is the brand’s Controller app. It was one of the first apps available on iTunes back in 2008, offering a free controller for all of its music systems, and whilst Sonos also has a remote control product on sale, it insists on directing customers towards its Android and Apple apps to help them keep their costs down. Other speaker companies don't offer this - forcing customers to fork out for expensive add ons after buying the initial speaker unit. But Sonos’ universal accessibility means it wins big in the end and it continues to develop free apps for new products as they emerge (the Kindle Fire was one such example) so that this accessibility is never threatened.

In 2011 the brand introduced its sonic burst logo—something Sonos called ‘the amplification mark’. It was some genius brand identity work by Bruce Mau Design - the design pulses like a speaker when scrolled, appearing to emit sound waves across the screen. This new iteration marked a new chapter for Sonos as it launched its Play:3 speaker, a smaller, more compact version of its previous integrated speaker system, more suitable for smaller spaces such as bedrooms and offices. 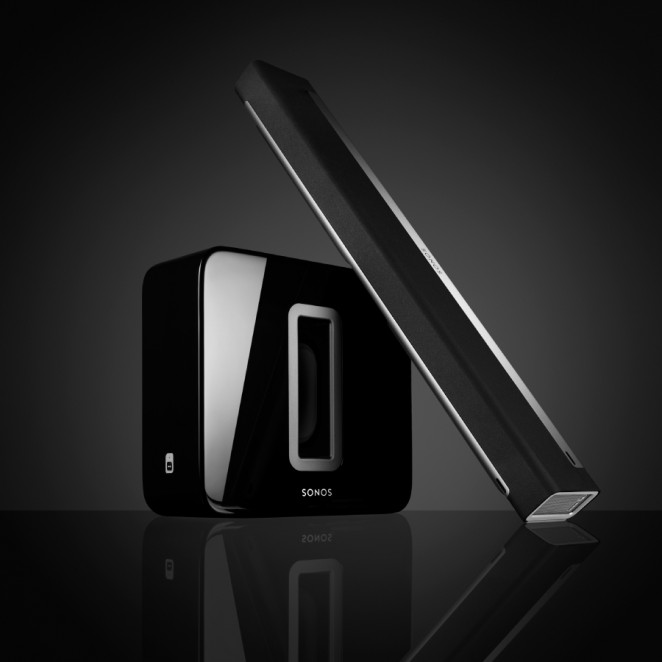 Despite a wireless speaker market now saturated with competition, Sonos’ careful pacing again paid off. The Play:3 was the best and most affordable wireless speaker on the market at the time because it had been so long in development compared to competitors that were only just starting out. This launch, as well as the brand’s redesign repositioned Sonos from a technology brand beloved by people ‘in the know’ to a reception of broader appeal, focused on the ultimate affordable listening experience.

Back to today, and whilst their New York retail space may be the first of its kind for the brand, Sonos are no stranger to linking the customer and the product in acoustically designed environments. LA's Sonos Studio opened its doors in 2012 as a place for people to interact with Sonos products amongst rotating exhibitions from musicians including Beck, galleries, performances and more, appealing to multiple markets within one location. Off the back of the space's success, London opened a sister studio in Shoreditch last year consisting of a concert platform, listening rooms, work stations and a café, hosting a range of events focussing on music, sound, creativity and tech. Both locations help Sonos serve the community socially and collaboratively whilst showcasing their products. 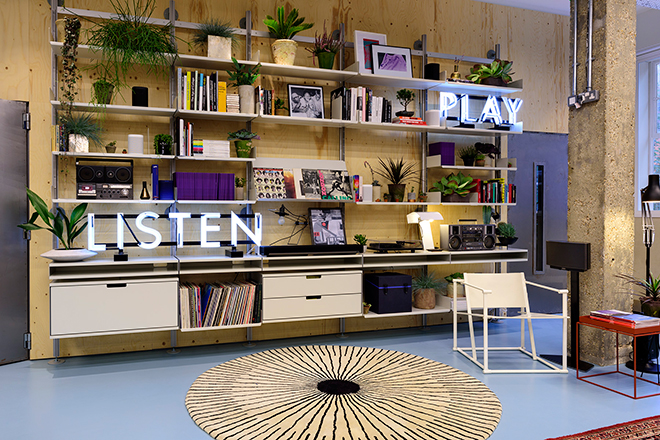 The brand’s new flagship store marks is the next step in this journey now. There’s no doubt in our mind that Sonos’ ambition to pioneer and direct the future of our digital music listening needs will be successful - they're light years ahead of the competition.