In the last year, Casper have claimed a spot in Time’s Best 25 Inventions of 2015, won a Big Innovation Award, been finalists of a Fast Company Innovation by Design Award, and bagged a spot on The Ellen DeGeneres Show. These aren’t accolades you’d usually associate with a mattress company, but then again, neither are sales of $1 million within the first 28 days of trading. 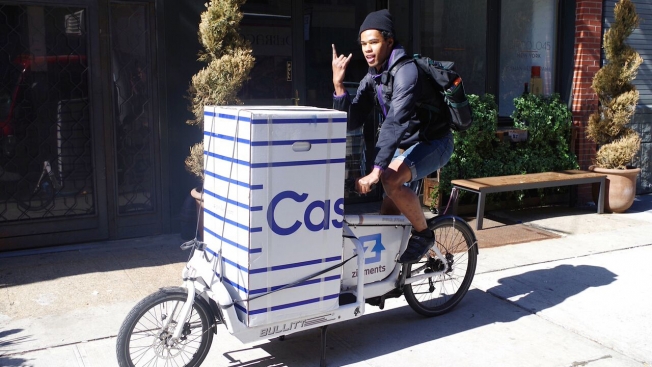 Never has a mattress company been so modern. Since starting out in 2014, this savvy startup has made a mockery of the mattress world’s traditional, commission-driven, department store showrooms, introducing instead a sleek sleep surface, available only on the web that comes delivered in a small, 'how did they do that?' sized box. The shipping is free and customers can return the mattress up to 100 days after purchase if they're not satisfied. For customers based in New York, they’ll even deliver your mattress to you by bike courier. 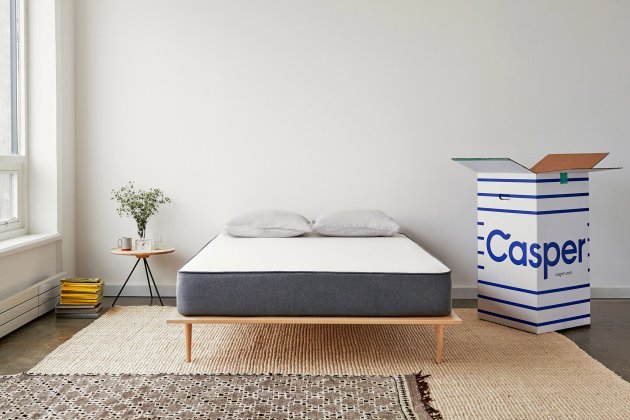 But whilst an award-winning product is of course, an asset. Casper have employed a very modern marketing strategy to ensure it sells. In their first year of trading, the brand didn’t have much of an advertising budget so they reached customers instead through social media. The Casper marketing team spent hours engaging with people on Twitter, Instagram and Facebook, shrewdly aware that brand evangelists spreading the word, was likely to be just as effective as expensive campaigns. The team also helped win new customers by posting sleep-related articles, answering all comments directly, proffering fun prizes such as Champagne on Valentine's Day, and highlighting how Casper mattresses could fit into everyday lives.

This unnuanced but direct approach worked and it didn’t take long for Casper to find its voice - striking a chord in an industry that had remained otherwise stagnant for decades. In early 2015, the company announced sales of over $28 million from its first 10 months of trading. Casper was now one of the fastest growing consumer brands of all time.

Bolstered by bigger budgets, the company looked to digital as well as traditional media for the next stage in their marketing assault. This time, their in-house team worked alongside the Brooklyn-based Red Antler agency (which specialises in marketing for startups) to further promote the idea that a Casper mattress is suitable for everyone. Speaking about his choice of agency with AdWeek at the time, Casper’s CEO Philip Krim, said; "We never wanted to be one of the smallest clients of an agency, [instead] we look for specialised, smaller shops that know a given channel really well."

The resulting subway, television and billboard campaigns smartly situated Casper as a lifestyle brand as opposed to a mattress brand, centering in on a Casper mattresses’ universal suitability and all the things a good night’s sleep could help you achieve. To endorse the latter, the company also launched its Van Winkle’s sleep site and sleepsleepsleep.com, both of which present scientific research, essays and editorial content centered around all aspects of sleep and sleep health. Slowly, Casper was tying sleep (and therefore its product range) to all aspects of consumer's lives. 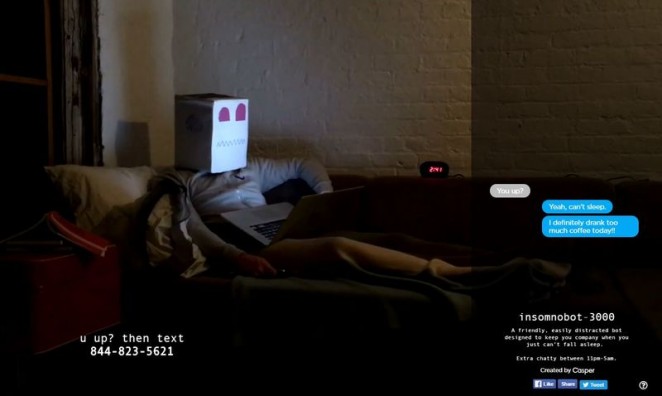 Determined to be the “first end-to-end brand around all things sleep”, Casper’s marketing imagination knows no limits. Casper Labs is the brand’s research base, testing new products and using human-research data to ensure it remains at the “frontiers of sleep”. And, in what can only be described as a genius marketing move, the brand also launched the chatbot Insomnobot 3000 this year, which sends texts to sleepless people in the early hours of the morning. 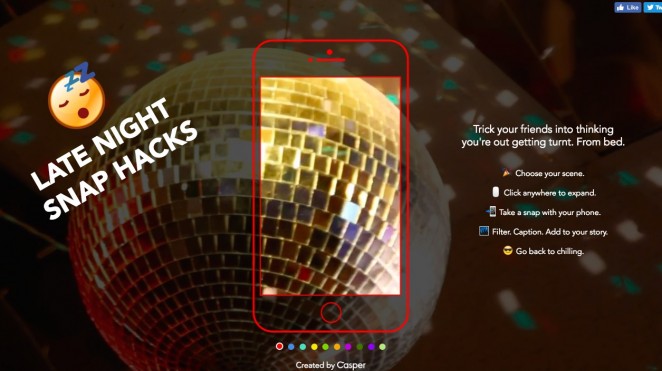 Casper’s social media strategy hasn’t been neglected either and the brand’s first rate customer service continues to engage with old and new followers alike. Their willingness to experiment on new mediums is also to be noted, check out Late Night Snap Hacks to see what we mean. The site produces fake snaps that users can post to their Snapchat accounts to trick followers into thinking they’re out on the town instead of at home in bed. It’s silly, fun and very unnecessary, but emblematic of Casper’s stealth advance into every area of people's lives.

Casper is on a mission to take over the hours we spend tucked up between the sheets. If you haven't got your head on one of its mattresses yet, we doubt it will be long before you make the purchase. Sweet dreams.