Bisto and McCann London recently launched “Open Door Sunday;” a new initiative to encourage neighbours in Britain to enjoy a meal together and get to know each other. The aim of the campaign is to bring neighbours together in a society that has an increasingly low community spirit and unite them under the iconic Bisto brand. The initiative is part of Bisto’s Together Project to bring people together, and follows Bisto’s “Spare Chair Sunday” campaign in 2015, also devised by McCann London, which encouraged people to volunteer to invite a lonely older person for Sunday lunch. The campaign is inspired by research commissioned by Bisto that shows more than one in three (35%) of British adults feel their neighbourhood does not have enough community spirit, and 1 in 4 think that community spirit has decreased in the last five years. Currently 29% of people don't say hello to their neighbours and half don’t know their neighbour’s name. However, 43% would like to see the level of community spirit and interaction increased. 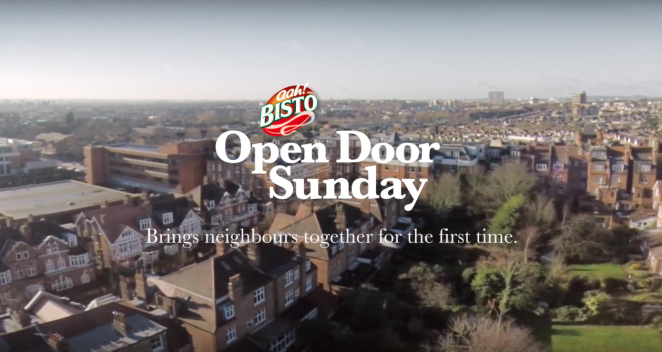 The campaign centres on a film, also created by McCann London, which shows three sets of neighbours from around the UK meeting for the first time to enjoy a Bisto Sunday lunch. The film (below), which has been created to inspire viewers to take part in the initiative, launched online over the weekend through Bisto’s social channels. The campaign will be supported by PR and a radio partnership with Magic FM’s Sunday request show, hosted by Kim Wilde, and Bauer Network’s Sunday Dinner Show with Paddy McGuinness. The partnership includes a competition to win a meal cooked by a professional chef for you and a neighbour. The campaign can also be spread through the hashtag #BistoOpenDoorSunday on social media.

Helen Touchais, Brand Director at Premier Foods, Bisto, said “Whilst the research shows that community spirit across the UK is low, it is encouraging to see that many people want to improve it. We have been bringing families together around the table for over 100 years, and now we’re encouraging communities to partake in Bisto Open Door Sunday to get to know their neighbours over some good food. You may discover new wonderful friends right on your door step or make a lonely neighbour smile. A small gesture of a meal invitation could make a significant difference to those around you and make your neighbourhood a happier, closer knit place to live.” 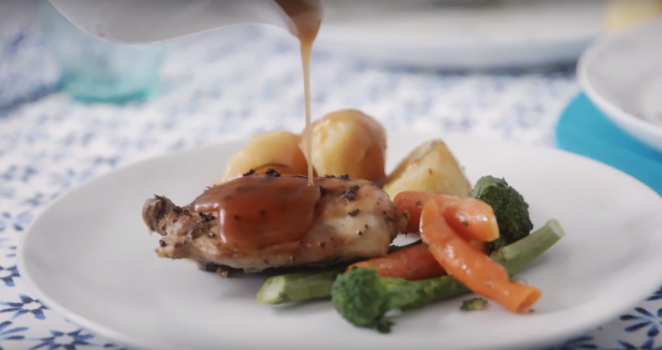 Laurence Thomson, CCO & Co-President, McCann London, added: “This is a great example of Bisto standing for what they do best. For years they have been bringing families together, and now they are turning their attention to the broader community. Although at face value it’s about improving community spirit, deep down it’s about the power a much-loved brand has to make connections that build understanding; and at a time when it’s never been more needed.” Media planning and buying on the campaign was through by Carat with post production from Craft. PR was handled by Weber Shandwick.