Mimicking nature in man-made product designs has led to some of the greatest and most enduring inventions or products that exist today. In the modern era especially, designers are open to ways they can work together with our environment– rather than against it.

As the largest and oldest innovator in the world, nature has had millions of years to perfect its design. Animals, plants and ecosystems have all had to adapt to their changing environment in order to survive. Biomimicry is the name given to this practice of taking inspiration from nature when it comes to finding solutions to design problems.

What is biomimicry in design? 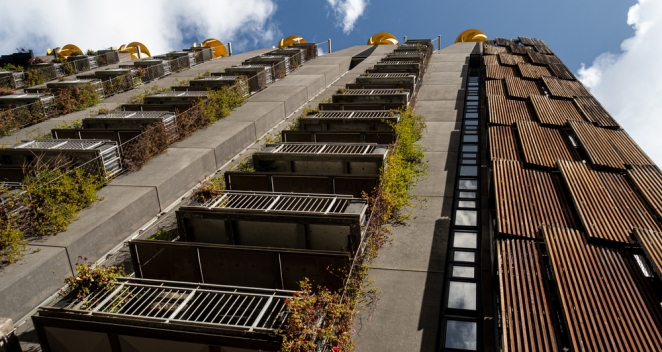 When Swiss designer George de Mestral noticed how burs from a burdock plant stuck to his clothes and dog’s fur, he used this as inspiration for his most prolific invention – velcro. This was first adapted by NASA, as a solution to anchoring equipment in zero gravity, before going mainstream in the 1960s. Now, it provides a classic example of biomimicry at work.

As naturally curious people, designers are constantly trying to innovate to combat problems efficiently. In a practical world of budgets and time restrictions, biomimicry can be a welcome source of inspiration. Evolution instinctively chooses the path of least resistance: the fastest, simplest and lowest energy solution.

We delve into some other examples of how nature has provided innovative solutions to product design problems. Importantly, we look at how brands can potentially leverage this way of thinking to combat design challenges in various luxury industries.

Why do designers use biomimicry? 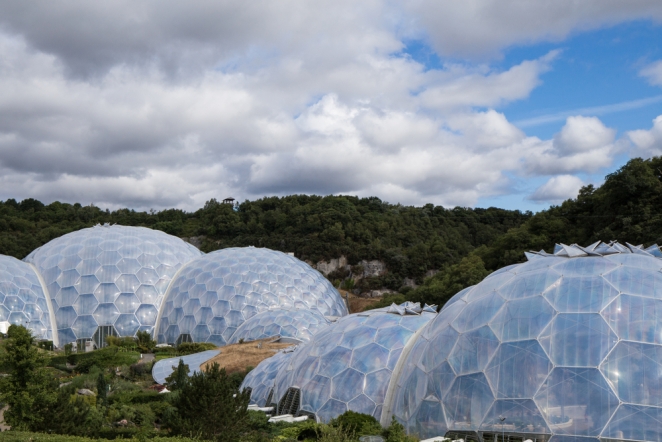 We know that careful research and development is crucial before finalising a design, so we rely heavily on the expertise of our design teams to come up with the best possible solutions for our clients.

While nothing is a substitute for a broad range of expertise and experience, inspiration can occasionally strike from unexpected places. This requires a certain amount of ‘outside-the-box’ thinking to come up with the most practical, innovative and cost-effective solution. If design thinking can identify the ‘what’ and ‘why’, biomimicry can provide the all important ‘how’.

As well as encouraging innovative thinking, nature often encourages the simplest and fastest solution to whatever problem you are trying to troubleshoot. The natural world & organisms essentially create the most efficient solutions because the circumstances in which they need to survive are inherently severe. In comparison to humans, nature’s solutions are fundamentally timeless.

Examples of biomimicry in product design 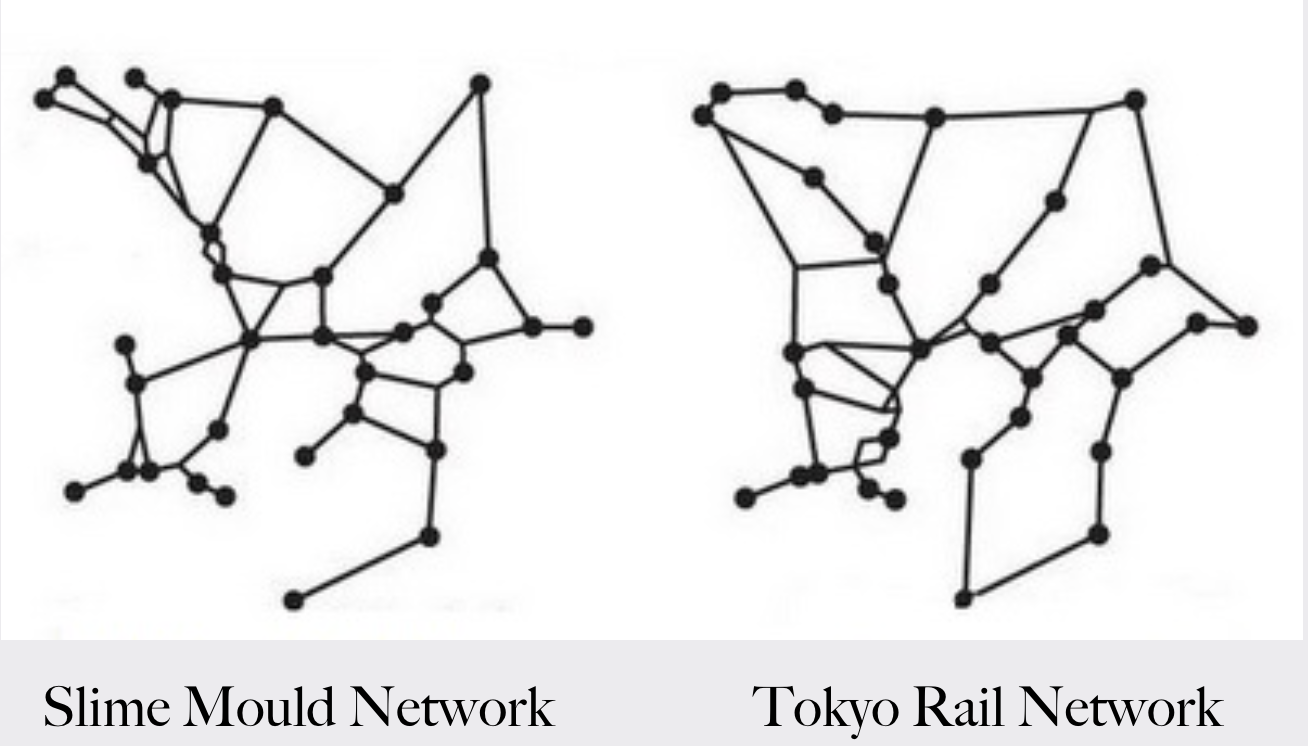 As unpleasant as its name sounds, slime mould is actually a fascinating biological innovation. Typically found in the cool damp of forests, this fungus-like, single-celled organism is capable of forming highly efficient networks between food sources.

A key adaptation that allows it to do this hyper-efficiently, is that it is able to detect areas that it has previously explored, allowing it to avoid following the same trails twice as it navigates its way around.

When compared with Tokyo’s rail network, regarded as one of the most efficient in the world, the parallels are clear. In fact, during an experiment where the  stations were mapped out with oats, slime mould created a small-scale replica of the train routes.

The majestic humpback whale is on many people’s list of animals they want to see, inspiring whale safaris in various tourist destinations. But did you know that their flippers have provided inspiration for research into improving wind turbine fins?

It’s thought that the agility of the humpback whale is a direct result of the bumps (tubercules for those who like the lingo) found on its body and fins. These allow it to demonstrate its remarkable dexterity in the water, despite its large size.

Researchers in the U.S discovered this and are looking for ways it can be incorporated into wind turbines, aeroplane wings and fan blades.

The kingfisher is well adapted for its habitat, able to cut through the air and into the water to catch prey while barely causing a splash. This fact did not go unnoticed by Japanese engineers.

A redesign of the Shinkansen bullet train became unavoidable, in order to troubleshoot reducing the noise of the train without compromising its speed. Designers noticed that by copying the streamlined beak of the kingfisher’s beak there was a significant reduction in the loud cacophony announcing the train's arrival.

Not only did this result in a quieter train as it traversed tunnels, it even had the additional bonus of allowing the training to travel 10% faster, while using 15% less energy.

Termite mounds are immediately recognisable for their tall, chimney-like shape. This is no accident, as this allows the mound to be naturally ventilated as the outdoor temperature cools in the evening. Fresh, cool air is sucked in as the warm air rises through the structure.

When engineers in Harare, Zimbabwe were called upon to design the Eastgate shopping centre, they followed this principle. The result is less reliance on air conditioning and therefore a more energy efficient building. 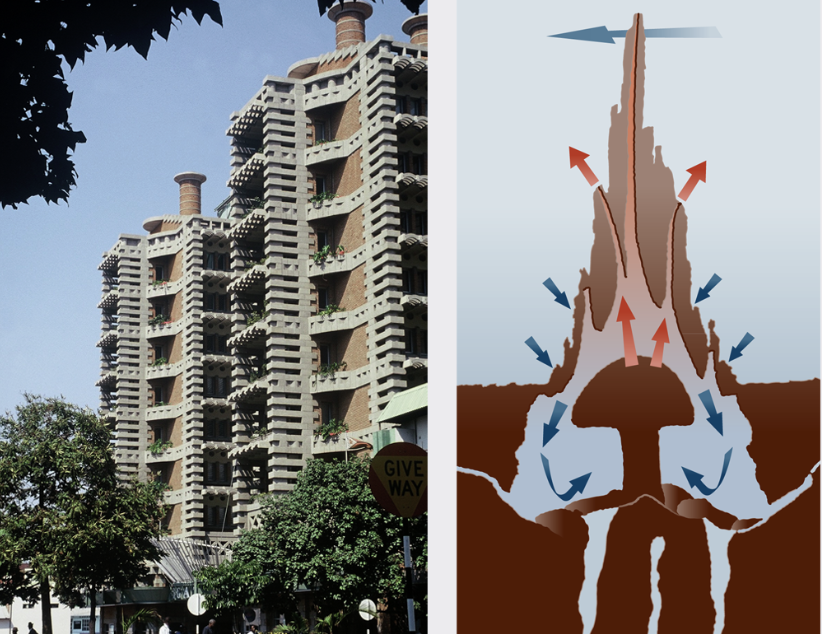 A word of warning…

As a final inclusion on this list, a word of warning from Mercedes. When they tried to mimic the shape of the box fish for their car design it initially seemed that this would contribute to a low drag coefficient and increased stability.

However, after development it was revealed that the box fish’s shape actually has little to do with its speed and agility in the water. And in fact when wheels were added, resulted in a car that was difficult to steer.

How can designers use this mentality?

All of these solutions show how sometimes the most effective solution chosen by nature can inspire many designs. As we continue to grow in consciousness about our impact on the environment, this also provides an opportunity to alter our mentality to work together with nature rather than against it.

Not every problem is best solved with the simplest and fastest solution, but it is worth considering that time-consuming complex solutions are not always necessary. So the next time you are puzzled over a design problem, taking a break from your computer and going for a walk in nature, might provide just the solution you are looking for.