If you thought getting into the film industry was a bit challenging, wait until you hear the story of Joshua Teicher. In the mid-'90s, before the era of the Internet took place and at the dawn of the information age, Joshua fell in love with cinema and tried in several ways to get into the film industry. But you can't argue with bad luck; and so Joshua kept trying, until he managed to land a place as a Production Assistant.

Clearly life had more in store for him. In the words of Joshua himself, you have to comine an accountant's methodic workflow and an artist's freedom in order to become a successive video editor. At some point down the line, Joshua discovered he has both.

In this Member Spotlight, we are learning more about what it means to be a contractor in New York City, what it takes to be successful in the craft, and why you should never define Joshua as a 'freelancer.' 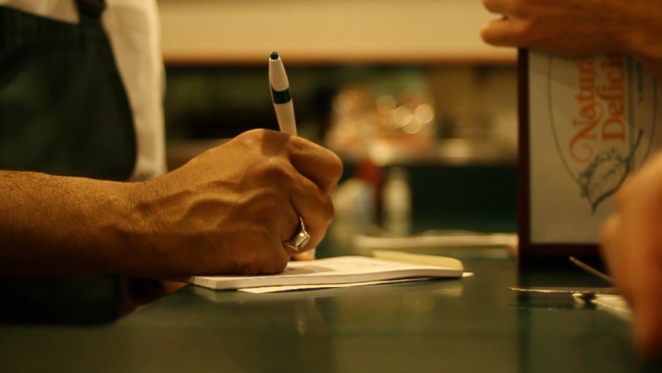 After college, way back in the mid-'90s, I lived and worked at coffee shops in San Francisco, CA. I received an excellent gift from a friend who studied at the Academy of Arts as a painter, it was a book named Film: an International History of the Medium by Robert Sklar, that book was my education or my film school. I was impressed by the example of the 50's Hollywood style studio system and learned about the different groups coming out of Europe and America.

I got my very first job working as a Production Assistant for a stop-motion animation TV show called "Bump in the Night." Two weeks after I started, they canceled the show.

Next, I got a job as a Production Assistant for Don Johnson's office on his TV show "Nash Bridges." After a couple of years doing that, I made friends with the guys from the Stagehands union IATSI Local 16.

With my wife four months pregnant with my first son, We jumped in the car and landed in Brooklyn, NY.

I quickly started working as a Grip, Electrician, Prop builder, heavy cable carrier, and floor sweeper on multiple films, theaters, etc. I did that for five years until the internet bubble of the 90s burst. The old school union guys got most of the work, and I had to change my focus.

Next night at the bar, during an intense evening out with a buddy who convinced me to try video editing. He explained that being a film editor like "Brian De Palma" would train me to become a director later in my career. So, I jump ship at the age of 30 to become an intern at an Independent film post-production company called Outpost Digital, where I learned the rich, dark, art of coffee making and table wiping. I also delivered a VHS rough edit of "Little Dieter Needs to Fly" to Werner Herzog.

After picking up enough knowledge to go freelance, I got starting in the world of commercial post-production. With my wife four months pregnant with my first son, We jumped in the car and landed in Brooklyn, NY. that was 18 years ago. Living and working in New York City is impressive and a constantly changing animal. NYC is the world's media capital, and I get to work at television networks such as AMC Networks, Ad Agencies, and for the multitude of production houses and post boutiques. Where are you based now, and who do you work for?

New York City. I currently work out of my apartment in Brooklyn, New York. I have a slew of regular clients. My clients are from the Network Televisions world, Traditional Advertising, Production companies. I am currently looking for partnerships both in the creative world and in the marketing world. Recently, I started a commercial video production collective. We can do shoots, graphics, editors. We are storytellers who love to collaborate using our passion and grit.

As a video editor or in production, you have to combine an accountant's methodic workflow and an artist's freedom. Understanding the technology and organizing your footage gives an editor the time to begin to absorb and process all of the footage. I am always looking for small moments in the footage that will make the story feel authentic. When working for a client, you have to weigh their goal for the edit, deadlines, and complexity of the work. It is always best to stay ahead of the game when dealing with an anxious client. When I create my own projects, I have more time to mull over and let the work simmer. At this point, I am an artist creating and producing. 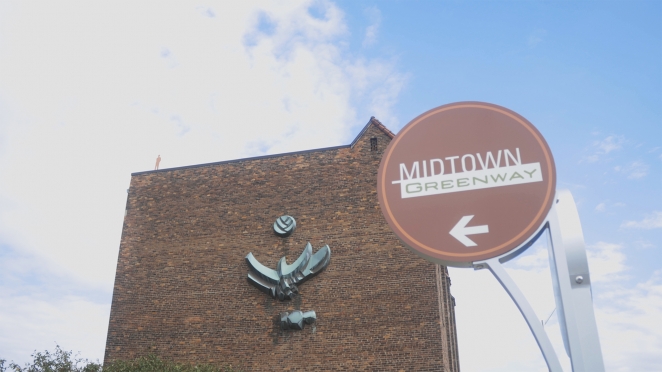 I was in San Francisco in the early and mid-'90s, working in production for the Stagehands Union. I watched the death of Steenbeck and the rise of digital editing. I remember the first time I was able to edit on an avid. It was a revolution to me; I was smiling and laughing all day. All of these digital tools are revolutionary. The possibilities are infinite; "we ain't seen nothing yet."

What's your secret to staying inspired and motivated? What's the work achievement you're most proud of?

My next personal project.

Mind, body and spirit are very important for a long and interesting career. I recently started doing meditation, and that has been extremely helpful. I also like to head down to the gym and hit a heavy bag. Nothing is more therapeutic than punching a big heavy bag! First, to create as much original content as you can. Second, to understand business and marketing.

Frankly, I believe that we all need to be our own independent companies. We should all be working in collaboration to lift our hard work and dedication to our craft collectively.

Creative people in all sections of Production and Post should take control of their careers and learn how to exist as a business capable of shrinking and growing.

What's your one big hope for the future of the creative industries?

That the craftspeople who spend years working honing their craft are fairly treated and that we can all make a living and create our independent work that will inspire others.

Please stop calling us freelancers. I am not free, and what do lancers mean? We are Journeymen & Women. "Journeypeople," in the tradition of a carpenter who hones their craft. We are producers who are manufacturing content, stories. Or are we manufacturers producing content as quickly as the auto and train industries did during the industrial revolution?