Choreography is also about trust, an element that characterises all of Del Mak's beautiful projects. Trust in others as much as in one's own possibilities, skills and abilities – enough to confidently build your own portfolio of work to showcase to the world. And Del Mak certainly has few equals in that regard.

For this Member Spotlight, we are learning more about the life of a focused creative director with a powerful creative voice, and a creative professional with an incredible story to tell the world. 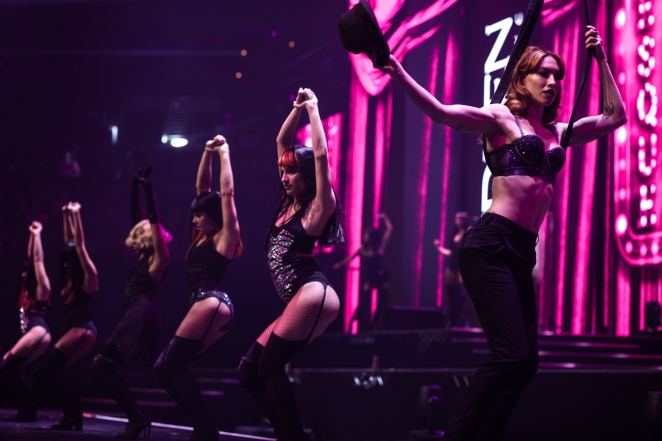 I fell into dance randomly in my 3rd year whilst studying Engineering at university by tagging along with a friend who lived in my student halls to a breaking (aka break dance) class at the famous Pineapple Studios in Covent Garden, London. I guess I was first interested in this particular style of dance as it was athletic and dynamic. I grew up watching Hong Kong Kung Fu movies featuring the likes of Jackie Chan, Bruce Lee & Jet Li, loving the fight choreography and sequences. I studied martial arts since I was 10 years old, so the coordination and balance were well matched to breaking too! The challenging part was connecting the moves to music.

The person I tagged along with, ended up asking me to be her dance partner at our university’s Latin and Ballroom Club and we competed on the university circuit for a year. After graduating from university, I decided Engineering wasn’t for me and looked for a graduate job in Marketing. Whilst searching for this, I had more time to dance and eventually started to get scouted by dance agencies, offered work to dance, and, successfully auditioned to be in a Hip Hop dance company called Culture Shock. I thought if I can make money doing what I love, why not pursue it? So I ended up moving to New York to train at Broadway Dance Center for 6 months learning everything from Ballet, Jazz, Contemporary, and African to House & Hip Hop.

After completing the program, I returned to the UK and became a full time professional dancer and then naturally moved up the ladder to where I am now as a choreographer. 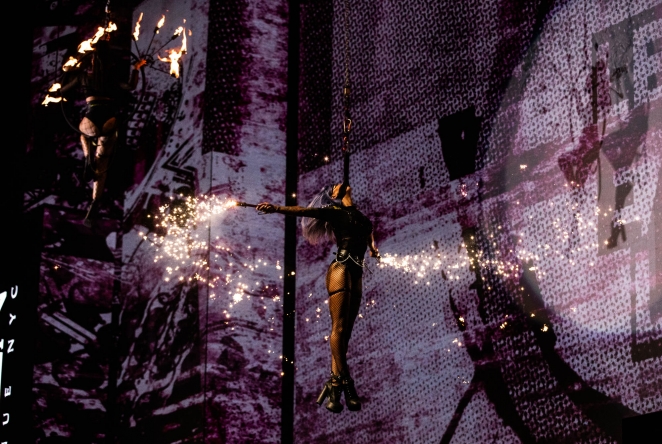 London and LA, I work freelance so my projects can also be all over the UK / USA, and has brought me to other parts of the world including Portugal, Germany, Thailand, Ukraine, Philippines, UAE. I create choreography and movement for clients from all industries, delivering in a variety of mediums including advertising, music, live events, stage, theatre, fashion, gaming, TV and film.

I think I would still be involved the Creative Industries in some way, maybe Art & Design I was persuaded not to pursue it at school but I still ended in Arts nevertheless. That or something physical, I’m a massive Sports fan, performing at the Closing Ceremony at London 2012 was a one in a lifetime dream opportunity, so possibly Coaching or in Sports Media. 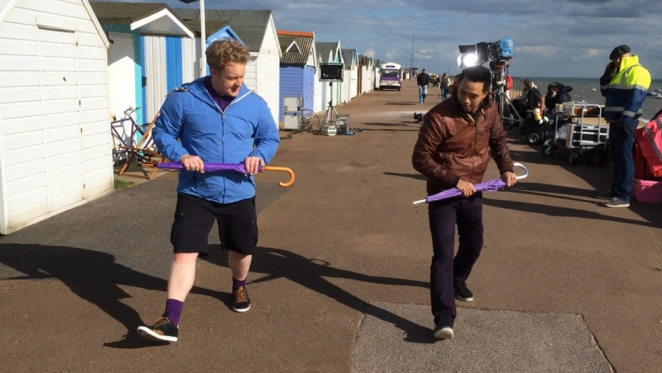 In terms of my choreographic creative process, pretty much everything I have learnt in my career has been by practically doing, which means my work method has evolved through all the experiences, creatives and talent I’ve encountered along the way. As a British born Chinese and coming from a non-traditional route into dance, from studying engineering and in my youth studying martial arts, I have a very unique perspective & open mind to creative movement. I like to take inspiration from everything around me, not just dance, it gives a much broader spectrum of what is possible, they can be anything from art, theatre, music, film, science, politics, news and history.

For me choreography is much more than just aesthetic moves, movement is stronger with a purpose or meaning, choreography is a vision and it can be inspired by anything & everything. When creating for a project working with alongside a client or other creatives I would look at the brief, determine the concept, deliverables, ideas and add my own creative touch to them when developing the choreography and movement.

It’s really important to me to have a trusting environment for everyone I collaborate or work with, the creatives / the talent we’re are all part of a jigsaw, and extracting everyone’s strengths together as a team is best way to produce the most fulfilling creative work. 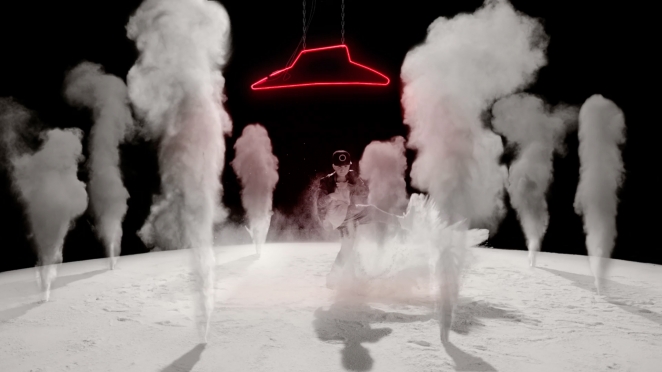 I wouldn’t say I have one particular style as such, with my background as an East Asian growing up in a multicultural city like London, I have been fortunate to be exposed to many cultures and people from all walks of life. I am very open minded, my style to this day is constantly moulding and fashioning depending on and the creatives / talent whom I am collaborating with and the ideas / brief I am working on.

From a dance point of view, the ultimate performer for me was Michael Jackson, Fred Astaire was immense for his technical proficiency and making everything look so effortless, both had a very hard work ethic too. Growing up watching Kung Fu movies I was a big fan of Jackie Chan and and the man who made him, fight choreographer and director Yuen Woo Ping (of Matrix, Crouching Tiger, Hidden Dragon and Kill Bill fame) who both combined extreme physicality with beautiful grace and storytelling. In terms of visual inspirations, I admire the work of the directors Busby Berkerley, Steven Spielberg, and Michel Gondry, fashion designer Alexander McQueen for redefining catwalk shows with drama, innovation and technology, clever visual epigrams of graffiti artist Banksy and the incredible show and concert stage designs of architect Mark Fisher. 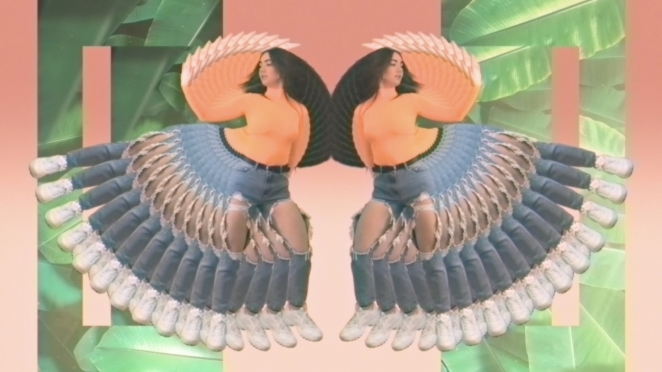 With my engineering background I love tech, if it’s utilised as a method to enhance rather than replace, it can be a very powerful tool to engage audiences even further. I have been fortunate to have been able to work with motion control, projection mapping, animation, VFX, motion capture, drones, kinetic lights in the past and am really excited in the future to get creating for the world of Virtual / Mixed Reality and Hybrid performances. There are now even more ways to consume artistic work and with this gives us even more opportunities flex our creativity and design for these platforms.

Inspiration can come from anywhere, so I always say go out there to experience, feel and see as much as you can because it can trigger all our senses of wonder and imagination. Whether they are good or bad, you can always take something from all your experiences and they can be a device to stimulate ideas.

My debut short narrative dance film ‘Shift’ which I co-directed on a next to no budget, using dance as a device for storytelling being internationally recognised by the likes of pop superstar Madonna having been chosen by her as a winning submission for her #ArtForFreedom Campaign, as well as winning awards at 5 film festivals and gaining Official Selections at over 15 others. This passion project was not only fulfilling creatively for me but also opened so many doors me. 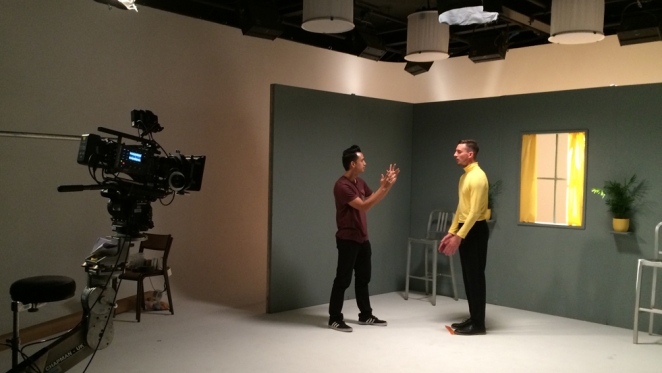 I love travel, experiencing other cultures, food and perspectives keeps me invigorated. Wherever I am I enjoy attending places with Live Music, Exhibitions and Cinema. As someone who’s always been very active I like to go for a workout or a run, and I love watching highly talented and skilled athletes competing in all Sports from Football, Rugby, Tennis, Basketball to even Darts and Snooker.

Show people your creative voice. It’s always daunting to sell ourselves especially being overwhelmed with all the platforms and noise out there, but research the people or companies you connect with creatively and want to work with, and use all the means you have to show them what you do. 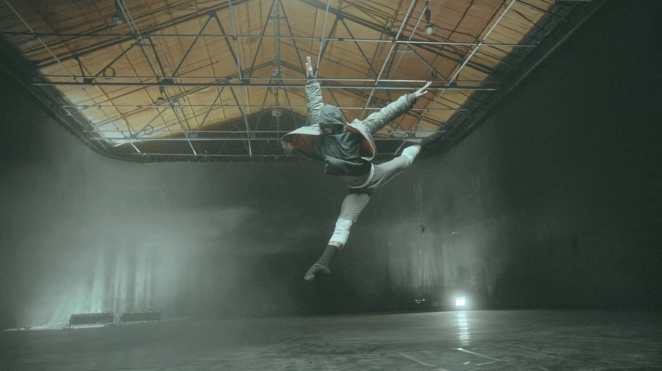 To embrace new trends but still respect the hard work and dedication that it takes to master and hone a skill or talent. Trends can come and go but skills are permanent.

In my field of choreography and movement is often brought later on in the process of a project. I would love to see it involved much earlier on in the development of an idea or concept, as that gives an opportunity for it to really flourish, for my creative contribution to reach its full potential, and for a collective vision to completely come to life. 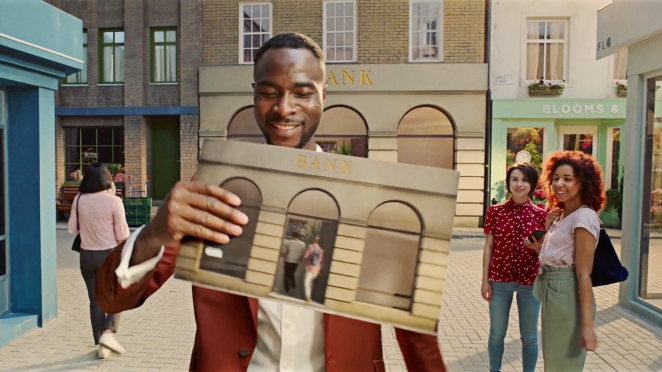 Great sites I get inspiration from are Pinterest, Vimeo, The Drum, Nowness

Thanks for the feature!