Behind the idea: The Slayer record designed to literally be played in Hell

As a bright-eyed and not-so bushy-tailed 14-year-old, metal was everything to me. Whilst I’d discover the more nuanced delights of alternative rock and electronica by the time I’d left high school, as a young teen it was all about Metallica, Slipknot and, of course, Slayer.

Though they have chosen to depart the touring world after almost four decades of hell-raising, the archetypal thrash metal band remains one of the most astonishing live bands I’ve ever seen. To this day I’ll crack out Reign in Blood or God Hates Us All if I’m feeling particularly angsty.

Because, whilst musical trends might come and go, metal never dies. Indeed, it’s weathered almost every flash-in-the-pan musical movement going; from disco and glam rock to techno, indie and even… whatever they call pop music these days (is “trap” still a thing?).

The 6,66” single is made from stainless steel and is fire resistant up to 1,000 degrees Celsius

In honour of the innate durability of metal and the sheer batshit insanity of its thematic origins, creative studio Kolle Rebbe has turned Slayer’s latest release up past 11 all the way to 666. The band has crowned their final tour with the bound to be iconic “HELL-P.” This is the world’s first fire-resistant record, you can actually play in hell. The 6,66” single is made from stainless steel and is fire resistant up to 1,000 degrees Celsius. The surface, meanwhile, is made of metallic copper.

The packaging of the record consists of a cardboard case which comprises a black inner sleeve. This sleeve contains the HELL-P and is completely sealed. Leaving you no other option than to burn your way to the 6,66-inch single. The HELL-P contains the title track of Slayer’s latest album “The Repentless Killogy” and the opening song of their Final World Tour setlist.

It’s a reliably bombastic sendoff for the band that practically invented metallic bombast. At least at such an extreme level! To discuss this most (literally) metal of designs, I caught up with Kolle Rebbe Executive Creative Director Thomas Knüwer, who took me through the design process behind the idea and what Hell truly sounds like.

How did you manage to land this gig? Did the band reach out to you or vice versa?

The idea of a record you can play in hell came up during a creative brainstorming session in our agency - by Martin Strobel and Alexander Michaelsen, a truly fantastic creative team. Together we developed the idea further in the following months. From the very beginning, it was clear to us that this idea only deserved one band: Slayer. After Slayer's commitment to the idea, we developed the extensive packaging design and concept together with Martin Lühe and Alexander Schillinsky from our production department, until every single piece was Metal enough (right down to the coffin-shaped matchbox made of pure copper) and finalised the illustrations. Drawn by hand by our incredibly talented graphic artist Janin Heymach, who is now a professional tattooist.

On a regular basis, we have moonshot brainstorming sessions at the agency. Intended for ideas that are crazier and bigger than any briefing. In such a session Martin Strobel and Alexander Michaelsen had the idea to make a record that you can play in hell: The most Metal record ever. The idea immediately caught fire (Ha!) and was the beginning of several years of hard work in negotiations, production and realisation until the Hell-P could finally be released. 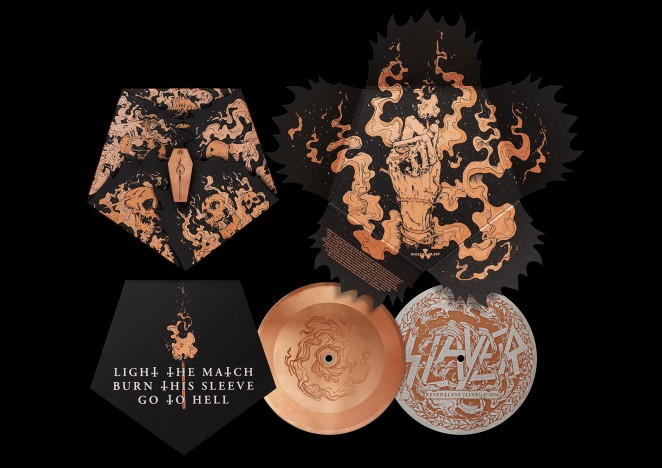 What was the production process like and how much trial and error was involved in getting the design right from both an aesthetic and logical perspective?

Martin Lühe is our realisation wizard in the production department. Together we have already realised numerous projects and products that seemed impossible at first. For example a melting board game. For the Hell-P, premium quality and extreme brutality of design and materials were important to us. Everything had to be Metal, in every detail there had to be a reference to Slayer's work or the Metal genre. The 6.66" was meant to be a true treasure from hell. The tests took months. Paper thicknesses, milling, alloys, and again and again burning everything and checking if the record is still playable. It was a real witch's kitchen.

How long did the project take, from inception through to delivery?

There were more than three years between the first idea and the final publication. 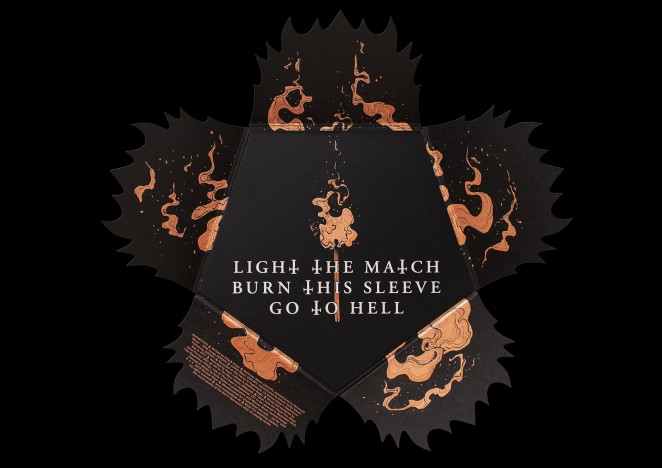 What’s the main message behind the project?

Four decades ago, SLAYER taught the world what hell sounded like. Nothing was harder, faster and meaner. To this day they are true icons of Thrash Metal. The message of the Hell-P is a tribute to the life's work of one of the greatest metal bands of all time. Raining Blood, Hell Awaits, South of Heaven, Angel of Death - Slayer gave us the soundtrack of hell. We wanted to celebrate this with this special release. A big Thank You to the fans, forged from steel and copper.

Did you brainstorm any other potential names or was it always going to be “Hell-P”?

It was Hell-P from the beginning. The name stuck immediately and has not been questioned once in three years of development.

Reign In Blood, no question. 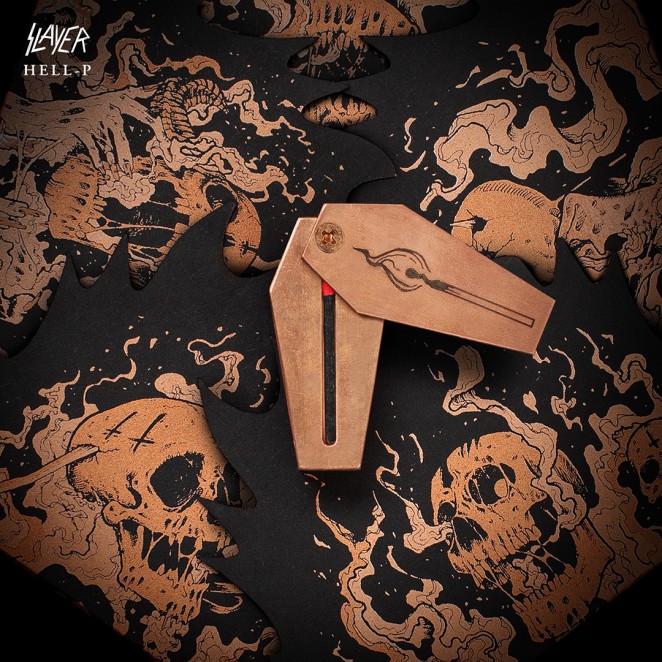