Behind the Idea: Freeing your ambition with The Open University

The Open University, the UK’s largest academic institution, recently launched a campaign to inspire people to harness their ambition through education and achieve life-changing results with the university’s flexible offering.

The “Free Your Ambition” multi-channel campaign is expected to reach 75% of the UK adult population and highlights the university’s wide appeal as a flexible, distance-learning institution.

The new campaign, which will appear across TV, cinema, radio, out of home and digital across the UK, is a dynamic concept behind an ambitious idea and to gain some insight into that idea, we caught up with Andrew Park, Creative Director at Havas helia and creative lead on the campaign.

Andrew takes us through each stage of the campaign and explains the specific challenges of filming backwards and making a direct and refreshing mission statement for such a recognised brand.

The Open University has a big ambition for 2020 - to grow in a market where they’re already the distance learning market leader. Our brief was therefore to shift approach and inspire a new breed of prospects. We needed to position the OU as an active enabler to anyone wanting to realise their goals and ambitions in life, not just people seeking distance learning.

From the start, we were keen to pitch concepts that could work with the existing brand world the OU has successfully established, but pushed the creative in fresh directions. We were keen to go beyond the solid foundations of the testimonial-focused executions the university has traditionally been known for.

Working with the client, we were able to focus on creative routes that built on the success of previous campaigns while simultaneously bringing brave new narrative and executional elements to the fore.

Our campaign is firmly grounded in the unique nature of ambition and how the OU exists to help students realise theirs. We devised the concept of Your Ambition. Our Mission very early in the process, which encapsulates the role of the OU – as an active enabler of its students’ ambitions – so brilliantly. Thankfully, the OU agreed, and bought into it absolutely – so the final treatment and execution always had to ladder back to this positioning.

It All Starts With Ambition is a tale of three individuals’ stories of ambition, told with a twist: we see their individual narratives in reverse, from the moment ambition is realised, all the way back to the genesis moment that kicked off their learning journey.

What was the production process like, including biggest challenge and how it was overcome?

Clearly, the biggest challenge was winning the confidence of the client to essentially shoot an ad backwards! Our vision was that it would add the necessary impact to the spot, but this was very much not a ‘normal’ OU ad. So winning client confidence and bringing everyone on board was vital.

To this end, getting Ivan Bird on board was massive. His experience, vision and sheer brilliance not only gave confidence that it could be done, but generated a real buzz of excitement across the entire project. Both ourselves and the OU passionately believed in the route we were taking, but to have one of the industry’s best directors involved in bringing it to life really reinforced the power of the idea. 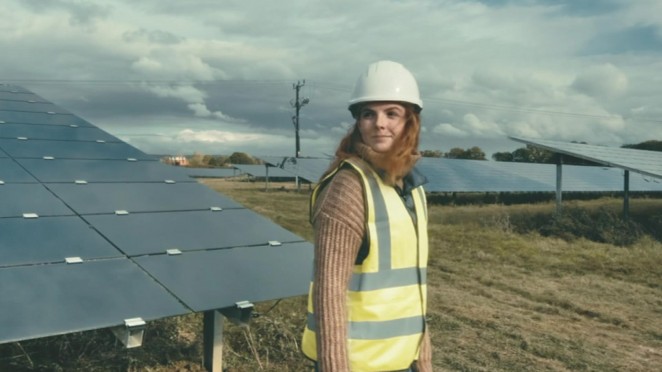 The message is simple: We all have ambitions, of all shapes and sizes – but to The Open University, all ambitions are equally important. Whether that’s creating a better life for your family or saving the oceans, the OU is uniquely positioned to help you realise yours. The ultimate call to action is to Set Your Ambition Free.

They are aspirational and yet relatable, straight-talking yet inspiring. We wanted to craft a campaign that’s a rallying cry to all the untapped potential out there. Ambition is a unifier no matter who we are and what we aspire to be, giving us the opportunity to reach as wide an audience as possible with messaging that resonates with the individual aspirations of everyone.

The reverse action elevates the piece from the expected and tells the story from a fresh perspective. Taking ownership of enabling ambition is something the OU is uniquely positioned to deliver upon, underlining the inherent authenticity of the institution when it comes to transforming people's lives.

As with any high-profile client project, it is always a rollercoaster of emotions! But to see everything come together – not just the TV spot but also OOH, radio, digital and social, all fully-integrated and on-message – and being so well-received in the real world makes it all worthwhile.

As the first major piece of work we’ve rolled out for the OU, there was obviously extra pressure to make it brave, memorable and effective – but given that the campaign was based on genuine student experiences and evidence that the OU absolutely does change lives and enable ambitions through the flexibility and support study method it offers, we’re confident the themes we explore will really resonate with people.