Humanity FC brings together 32 international creatives of 27 nationalities, to help create one unique football. The eclectic mix of designers, illustrators, studios, architects and writers were tasked by ico to interpret the theme of ‘solidarity’ - intended to be a positive response to the negativity surrounding the event.

Each creative was given one of the football’s 32 hexagonal or pentagonal panels to illustrate. The result is a one-of-a-kind piece of art designed to remind audiences that although we may cheer for different teams, ultimately, we’re all on the same side: Humanity FC.

Exploitation has no place in football.

Ico believes the most powerful thing you can create is connection. The World Cup is sport’s most prestigious event that unites nations. However, the controversy cannot be brushed under the carpet – that was the catalyst for the idea and the initiative.

To learn more about the campaign and go deeper behind the idea we spoke to Creative Director Vivek Bhatia. 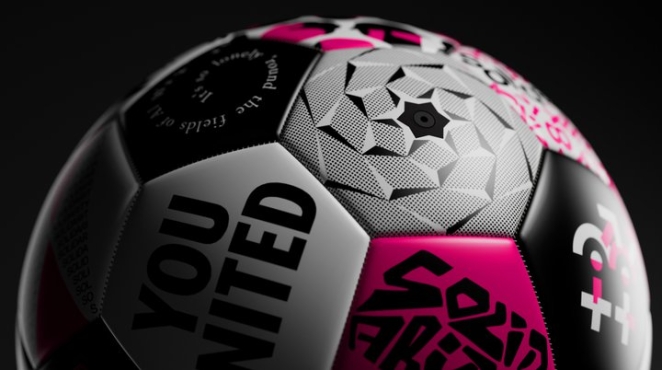 Humanity FC is a self-initiated project. As a studio of football fans, we wanted to do something around the World Cup. Rather than do a purely self-promotional piece, we recognised that the World Cup in Qatar was not like others and shrouded in controversy given the treatment of migrant workers.

We wanted to highlight this but create a positive response. As a studio we believe the most important thing you can create is connection – we wanted to fulfil this belief within the context of the World Cup in Qatar.

We explored a myriad of ideas that were outward facing – some just weren’t feasible given the cost and timeline, which helped focus on raising money for a charity that was directly supporting the human rights abuses in Qatar. Rather than just do a studio project we looked outwards to other creatives.

We asked everyone in our studio to come forward with ideas around the tension that surrounded the World Cup. We gradually build on the best ideas, then focused on one. 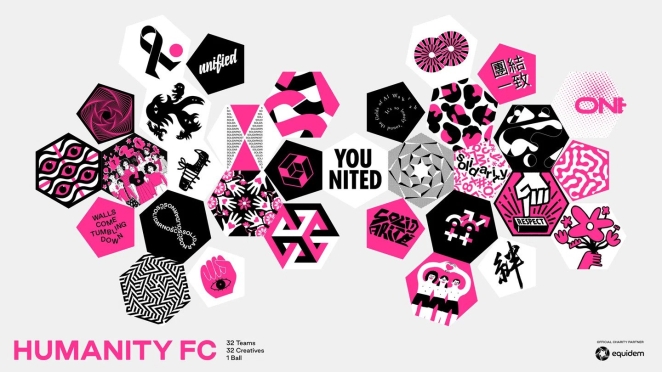 There have been many moving parts with our concept – from a production point of view there are digital and physical aspects to consider. The stand-alone website was built in collaboration with Kaliedo Grafik.

The ball is being made from scratch – screen printed by Harvey Lloyd Screens and made by Lyn Smith, an artisan in Shrewsbury.

From a digital perspective it was the integration of Stripe with our official Charity Partner Equidem. Regarding the ball, we needed to find a material that both the screen printer and artisan could work with to create a one-off ball from scratch.

During the process of finding a suitable football material we explored over 15 materials and each supplier thought we were using the material for upholstery only to be taken aback when we specified that it was for a one-off football. 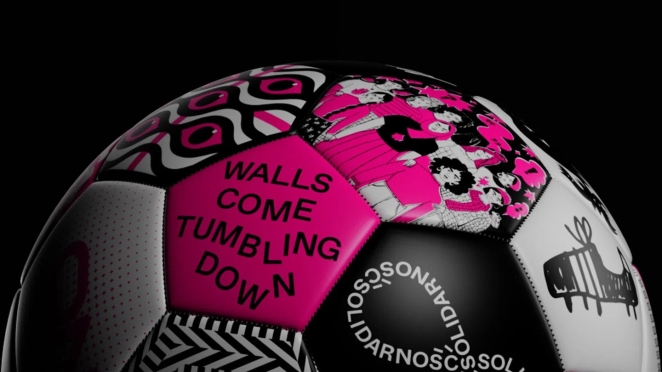 To bring awareness to the human rights abuses happening in Qatar around the World Cup and to donate to the charity who are exposing the injustices and giving the migrants a voice (one that they don’t currently have).

The project is still live – to get to this point it has taken one month.

This project is more about awareness and raising funds for the excellent work Equidem is doing.