After the terrific display of creative prowess from the industry in 2020, 2021 could only be a further step up for advertising campaigns all over the creative & mar-comms field. With campaigns to push vaccinations and groundbreaking ideas from brands showing their true authenticity, the best campaigns of 2021 are all amazing in their own right and all incredibly inspiring for the years to come.

The most inspiring advertising campaigns of 2021

From four major English broadcasters coming together for #TakeTheVaccine to Aldi putting poor Cuthbert behind the bars, there was much to be excited about this year, and a lot of the best advertising campaigns of 2021 were all about being authentic, human, honest – but not too serious either.

Here’s an overview of the best and most inspiring campaigns from this year!

Possibly one of the most ambitious campaigns of this year, #TakeTheVaccine aired simultaneously on 4 major British broadcasters to raise awareness of the importance of vaccines, and to debunk myths surrounding it. No animal parts, no hidden chips, just a lot of empathy and a worldwide effort to defeat a pandemic – all within a simple vial. If you could save someone’s life, why wouldn’t you?

Apple has the most inspiring tendency to go big or go home. With this campaign highlighting the newest privacy features on iOS, they went massive. The ad shows a man named Felix being followed by an increasing number of people as he makes purchases around town – until a simple prompt on iOS enables him to shut out all of these watchful eyes to stop third-party tracking. Just genius.

’Reverse Selfie’ by Ogilvy for Dove

A campaign that shook up the industry with its simple potency. Dove has been long focused on highlighting natural beauty and changing the way people feel about themselves, and this Reverse Selfie campaign (touching film and print, to name a few) is all about a little girl using tons of filters on social media to appear ‘more beautiful’ to her followers with a ‘perfect selfie’. All in reverse.

’Open Spaces’ by Megaforce for Burberry

With a film blurring the lines between reality and fantasy, Burberry showed everyone this October that challenging convention and exploring new perspectives can be liberating. Freedom is a great part of the Burberry brand – and this campaign does an excellent job at demonstrating that.

’#FreeCuthbert’ by McCann Manchester for Aldi 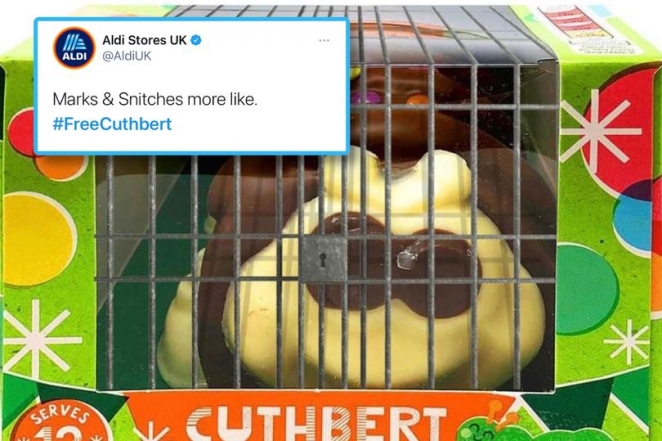 When news broke out that M&S was looking to sue rival supermarket chain Aldi for Cuthbert, everyone had a bit of a laugh. Though none more than Aldi themselves. A simple social media image showing poor Cuthbert behind bars sent everyone online to support the little caterpillar. Sure, there may be similarities between Colin and Cuthbert – but that’s not the point. The point is how #FreeCuthbert turned into a full responsive social campaign in just 24 hours, with M&S’s sentiment and purchase consideration declining by 134% and 2.72% respectively.

’Super. Human.’ by 4Creative for Channel 4

With the Tokyo 2020 Paralympic Games beginning on 24th August this year, there were 537 events from 22 sports to be contested. Five years of blood, sweat and sacrifices coming together into a single competition, uniting all the super athletes and their incredible strength. The event needed a strong campaign to support it. There’s no denying that Channel 4 delivered.

’#LooksLikeGuinness’ by AMV BBDO for Guinness

Simplicity is a virtue – especially in advertising. Few things this year were as simple and powerful as the Welcome Back campaign from Guinness. With the classic song ‘Always On My Mind’ by Jack Savoretti acting as the backbone of the film, the campaign celebrates the moment when pubs and bars in the UK could finally welcome back drinkers. The ad marked the culmination of an eager wait all around the country for the spark of a new normal – one in which Guinness will be a powerful presence for sure. 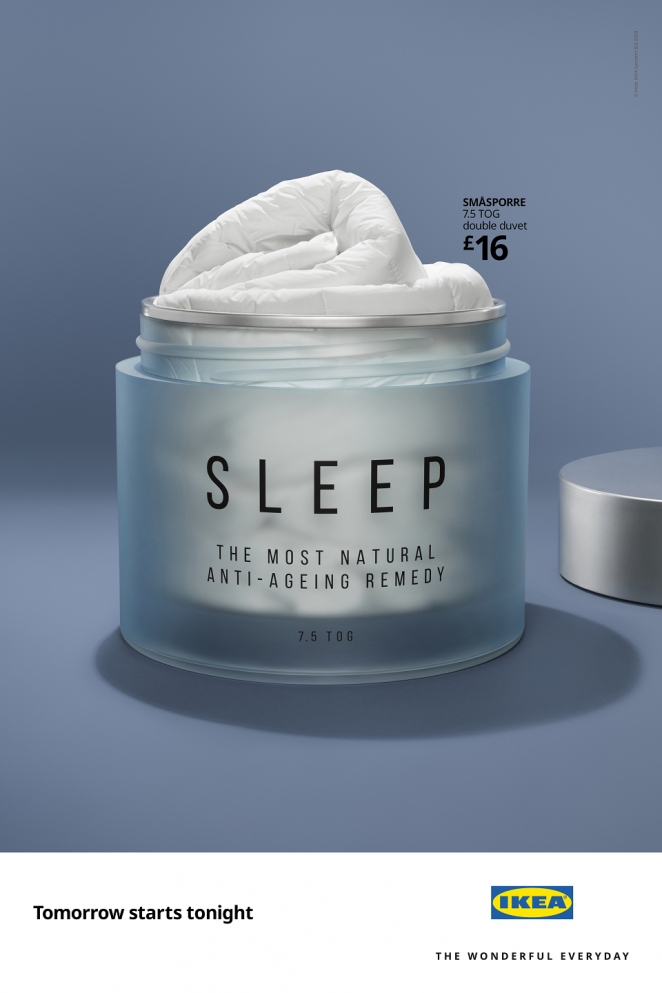 More than a third of the UK population does not get enough sleep. In a partnership with Mother, IKEA set out to remind the nation that more sleep equals a much healthier and fulfilled life; together, they created a stunning print campaign which used large-scale models of energy drinks, vitamin supplements and angi-ageing creams. An impressive piece of work.

Why does everything have to be cool these days? Grace Jones, an icon of cool, asks this question right to the camera, in a 60-second spot positioning Barclaycard as not only ‘a cool way to pay’, but also one of the most secure and with the most benefits. Better to pay attention to protection, rewards and credit score than coolness, right?

’#WeThe15’ by Adam&EveDDB for The Paralympic Games

People with disabilities make up 15% of the world’s population. As the Paralympic Games approached, Adam&EveDDB were tasked with breaking down the barriers keep us all apart, by celebrating the power and strength of people with disabilities ahead of the new games. The campaign is uplifting, humorous, authentic and unique in bringing people together under one simple proposition: “we, the 15% of the world’s population”. #WeThe15.

’It Starts with Summer’ by Uncommon for Google

There can’t be a summer without a huge Google campaign – and if you’ve been around the internet in the past few months, you’ll have seen it too. If there’s one thing that Google does well, it is uniting people under an everlasting desire for knowledge – and with 68 million people in the UK, we’re all searching for something. Whatever you are looking for, Google has the answer. And this ambitious campaign couldn’t say it louder.

’Wasteminster’ by Studio Birthplace for Greenpeace

Impressive in everything, from puppet caricatures to the impact of the campaign’s statement, Wasteminster: A Downing Street Disaster sets out to highlight the hypocrisy of the British government in claiming great climate successes, whilst at the same time dumping plastic waste onto other countries for disposal. A much ridiculed Prime Minister stands in front of a crowd of photographers for yet another announcement in Downing Street, which turns into a disaster as 1.8 million kilograms of plastic submerge London. Powerful, beautifully executed, and most importantly, impossible to ignore. 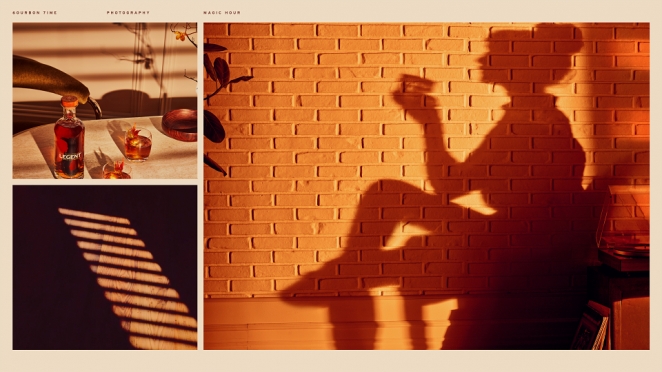 Stylish, beautifully vintage and unique integrated campaign from the folks at Leo Burnett Chicago, 6ourbon 7ime won a Silver in Integrated this year and was shortlisted for the Branded Content and Digital categories. With people working from home and having trouble disconnecting at the end of a long day, Beam Suntory urges us all to enjoy the things we like the most, by taking one hour every day – from 6-7pm – exclusively for ourselves. With a glass of bourbon, if you can.

’Whatever It Takes’ by AMV BBDO for Macmillan Cancer Support

Few things this year were as powerful as this campaign from Macmillan Cancer Support. The dedicated Macmillan staff is seen going above and beyond, giving all of themselves to make things more enjoyable for people suffering with cancer. If this doesn’t have you shed a few tears, hardly anything could. It makes perfectly clear that Macmillan “will move mountains to help you live life as fully as you can.”

’The Sounds of Colgate’ by MassiveMusic London for Colgate

What should a brand sound like? Sonic branding specialists MassiveMusic may have a few ideas, as they are the ones behind the audio branding of Colgate this year. Sonic branding is an exciting and rising field, one that certainly has not fulfilled its full potential yet – but this is a pretty good start. With a suite of sonic assets and compositions produced by MassiveMusic, the new sound of Colgate just… feels right. And that’s the best thing you could say about anything in this industry.

#Wombstories was technically released in 2020, but it’s impossible to ignore the sheer role it had in shaking up the industry this year. This ground-breaking piece of animation collected every prize and award imaginable from countless global competitions, including our first ever Grand Prix with a perfect score from all the judges. There’s no denying the power of the film above, and there’s no describing it in simple words. It is something you must experience for yourself.

The top advertising and marketing campaigns of 2021

All the campaigns you’ve seen above were nothing short of excellent. In one way or another, they will change the industry forever – be it by setting standards for the future or simply by marking a time when things were a bit more different, a bit more uncertain. As we step into 2022, we can only expect greater things from the realms of advertising, marketing and creativity.

Did we forget a campaign that you think should absolutely be included in this list? Let us know in the comments below!